A massive cold snap with persistent heavy snowfall has been causing considerable damage to greenhouses and crops from the first weekend of February onward. In the first week, around 300 cases of 'snow damage' were already recorded by Gartenbau-Versicherung, and this number is likely to increase significantly. The regional focus was on North Rhine-Westphalia, Lower Saxony, Saxony-Anhalt, Thuringia, and the Netherlands. Three cases of major loss through complete collapses were reported as well.

"A solid estimate of the total extent of damage is currently not yet possible because the snow usually has to thaw before all the damage can be seen," says Manfred Klunke, the Executive Board member responsible for the damaged area. However, up to 1,000 businesses could be affected and the damage volume could grow to a double-digit million amount. As far as possible, the field service has already visited many farms to get a first impression and to offer support. Of course, this applies in particular to farms with major losses, which have been offered advance payments to secure liquidity, as usual. 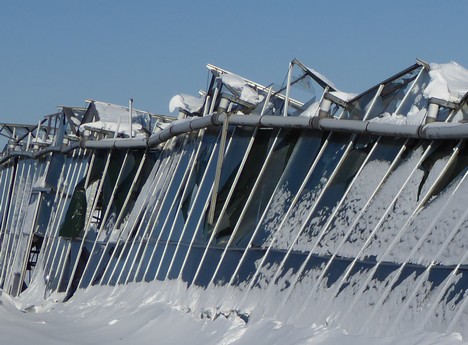 Prevention and accompanying measures
Klunke praised the great willingness of the member companies to reduce the extent of the damage themselves through prevention and accompanying measures. "Immediately after the announcement of the extreme weather conditions, we received calls from gardeners who wanted to know how they could protect their businesses. And even after the onset of snowfall, many were in close contact with our field staff in order to avoid or reduce damage," Klunke reports, thanking the members for their prudence and support.

Risk of collapse
What remains most important, however, is to react quickly when snow begins to fall; to suspend energy-saving measures, to open screens, and to heat up glass panes early enough so that no insulating snow cover can form in the first place. Supports could also still help to at least reduce the risk of collapses. However, in the case of massive snowdrifts and storms as well as frozen gullies, there is often not much that can be done.

"In any case, don't be afraid to ask our field service team for advice if, for example, damage to your crops is imminent due to collapsed panes and you still want to prevent it. We are happy to pass on our know-how from the team and our many years of experience in snowy regions," Klunke concludes.