AU: "Not only do we get twice as good a quality plant, it's also half the work"

Heaton's Nursery, located in Queensland, started out as a hobby 40 years ago in 1976. They are a longstanding and valued customer of Powerplants. Odin Franssen, Powerplants' Queensland Sales Representative, visited the nursery and spoke with Peter Heaton himself to see how the automation & labor-saving equipment is helping their operation and improving plant quality and production.

Background
"Because it was the 70s, we did ferns and palms. We stayed with ferns because they were hard to grow and not many people grew them, and they have been hard to grow for the last 40 years, we’re still struggling. But because we did ferns and not many other people did them, we had to be a bit inventive about how we grew them. As far as I know, we were the first people in Australia to dehumidify a shed. Around 2000, we started growing ferns under lights in a completely artificial environment. And we have used screens basically ever since they came out," says Peter.

Screens
By installing and using screens alone, Heatons was able to gain about a 30% increase in their turnover and production time. 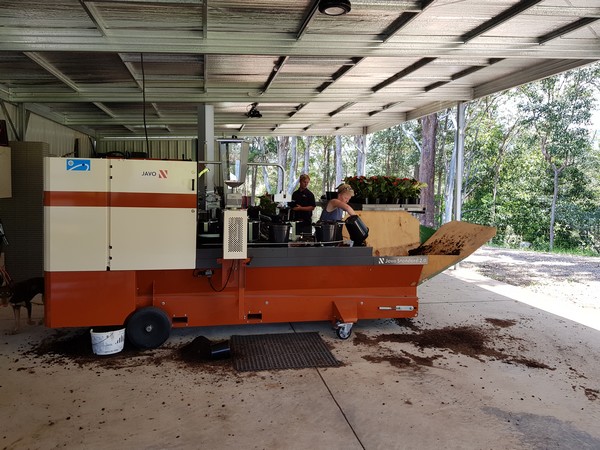 "I think screens are, certainly for us, one of the biggest improvements we ever made and the dehumidifiers. Basically the more we can control the environment the better it is. The ferns don’t handle most sprays, so we just couldn’t spray to fix things, we actually had to control the environment," explains Peter.

Automation & labour-saving equipment
Heaton's has always tried to keep up with the latest technology and in order to do so, they visit Europe every 3 to 4 years. Their nursery eventually grew in size, to a point where it made sense to start utilizing automation and labor-saving equipment. "And its' been great ever since!" says Peter.

The first equipment they purchase was a Javo Standard and Javo Ecobasic Potting machines. They do anthuriums on the Javo Standard and ferns on the Ecobasic. Peter adds "value for money, I think that Ecobasic is just fantastic. It's an absolute ripper."

The potting machines made a significant difference when they started diversifying to bigger and smaller lines, 55 and 165, they double or even quadrupled the number of plants per person compared to potting by hand. Potting went from being a major part of their production during the week to a minor job they can fit in whenever they want rather than having to schedule the week around potting. 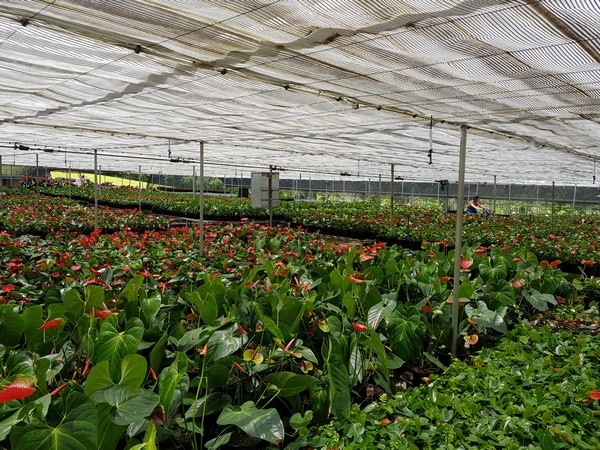 After adding the potting machines, they then built a shed big enough to run pot folks and buffer belts in. The addition of buffer belts and pot forks has allowed them to eliminate days worth of work and pack orders twice as fast.

Auerbach Tray Washer
What used to be a job that no one wanted to do and took hours using a hose can now be done in just 1 hour with two people. Anyone is quite happy to do it and the trays are cleaned better with the high-pressure water.

Da Ros Seeder
Heaton's Nursery tested out a new method of placing fertiliser prills in cell trays, compared to premixing or using liquid fertiliser. They started off doing it manually to see how it worked and with promising results, they added a Da Ros LS7-2 Seeder to their operation. 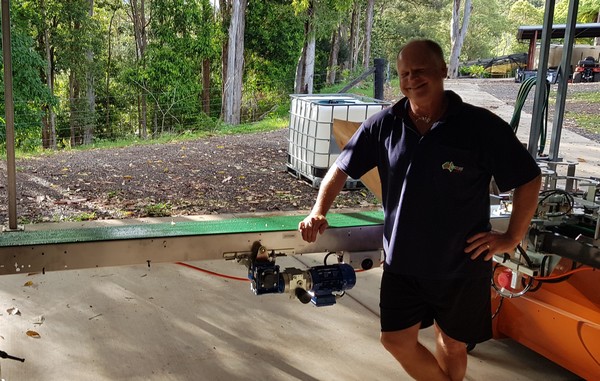 "Doing it manually was never a long-term option. By having the seeder work, means that we could actually do it that way," says Peter. This method allows them to better control the fertiliser amount and location, resulting in better and more consistent growth across all of the plants.

"All of our fertiliser is where we want it. Around the root of the plant... Not only do we get twice as good a quality plant, but it's also half the work and lasts twice as long."

"The best thing about them is that you can water the edges without watering the rest of them. It’s the best thing. You can just turn them on and water the edge... The more accurate your watering system, the more pronounced your edging effect is. Not only is it really consistent, but you can also turn them on and off as you want. If [you] wanted to hook them up to a weather station, you could. But you can just go down and water the edges or the whole lot, or that section you just potted. There’s no reason for pots to go through a watering tunnel because you can just water that pit you just potted. It’s more the versatility with it than anything else."

Overall design
The overall design and layout of equipment have worked well for Heaton's Nursery, they just wish they built a bigger shed.

"If we did it again, we would make the shed bigger. The biggest problem is the shed is too small, the design worked out really well. There's no such thing as a shed that is big enough. The shed is always too small no matter how big they are... But realistically we fitted everything and more in the sheds than we expected to, to start with. It's just grown too fast. If we had a bigger shed, I don’t think we would really change the design anyway."

A lot of time and effort was put into thoughtfully designing the layout and selecting equipment for Heaton's Nursery in order to maximize the benefits.