Horticultural lighting is no longer simply a matter of lights being on or off, but about everything in between as growers seek to maximize yield and product quality through improved lighting conditions. According to Ryan Hunt, cofounder of Grow Ray and technical advisor at Candidus, the horticultural industry will continue adopting advanced lighting and control systems to take the industry to another level.

Grow Ray is a Colorado-based company that was born out of research on advanced biofuels and algae production, the idea being that algae are the fundamental photosynthetic organisms on Earth and are key to studying the dynamics of photosynthesis. According to Ryan, the goal was to maximize the efficiency of sunlight capture and biomass production by studying the effects of different wavelengths, intensities and light delivery methods (i.e., pulsation, flashing or continuous). 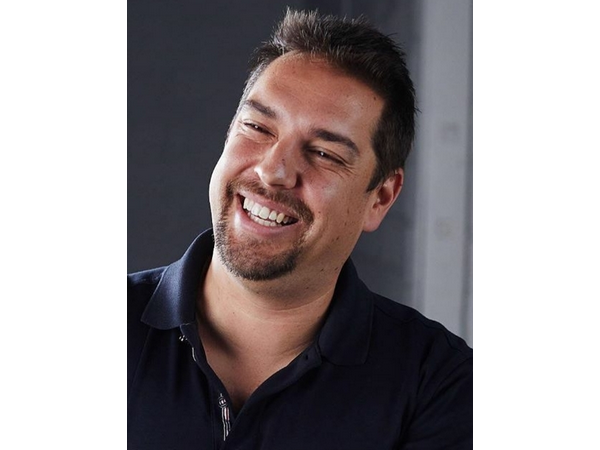 “What started with algae got us thinking about using this technology in a commercial setting to increase the efficiency of industrial plant production. From that, we founded the company Phytosynthetix which was eventually rebranded as Grow Ray,” explains Ryan.

Grow Ray initially developed a benchtop unit that included an LED array and a simplified chlorophyll fluorometer to measure photosynthetic efficiency. While fluorometers are commercially available, they are typically used in research settings and range from $12,000 to $50,000, making it infeasible to purchase multiple instruments for a single greenhouse. The fluorometer developed in-house was robust, inexpensive and provided only the pertinent efficiency values.

According to Ryan, the combination of the LED array and fluorometer acted like a heart monitor, making sure that the plants are photosynthesizing at an optimal rate. After creating light response curves to develop a database according to species and cultivar, Grow Ray was able to do away with the chlorophyll fluorometer altogether.

Jump ahead to 2021, as the company is installing its industrial-grade horticultural lighting systems in greenhouses, vertical farms and indoor cultivation systems throughout the United States. Grow Ray offers a range of LEDs with varying outputs and spectra, allowing the company to provide optimal lighting conditions for a variety of crops. 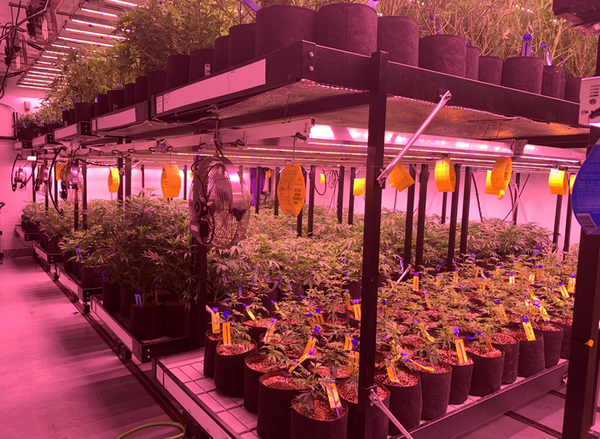 While vertical farms and indoor operations must provide all of the light required for plant growth, greenhouse growers instead look to balance natural light with supplemental lighting. Greenhouse supplemental lighting has historically been operated either by keeping lights on continuously during a given photoperiod or by connecting lights to a threshold sensor, which turns on the lights once natural light levels drop below a minimum value. This light management style, according to Ryan, is antiquated and inefficient.

To address this, Grow Ray has developed adaptive sensors for greenhouses, which allow growers to dynamically respond to changes in ambient light levels and daily light integral (DLI) targets for a specific plant type. In addition, the hardware uses patented triangular extrusions to minimize shadows and shading while providing passive thermal cooling to ensure over 100,000 hours of life.

“In a greenhouse, you want to capture as much light as possible. If you install a large fixture in a greenhouse that blocks light, it is counterintuitive. By using this triangular extrusion and polished aluminum surface, we’re reducing our footprint to roughly 5%,” says Ryan. 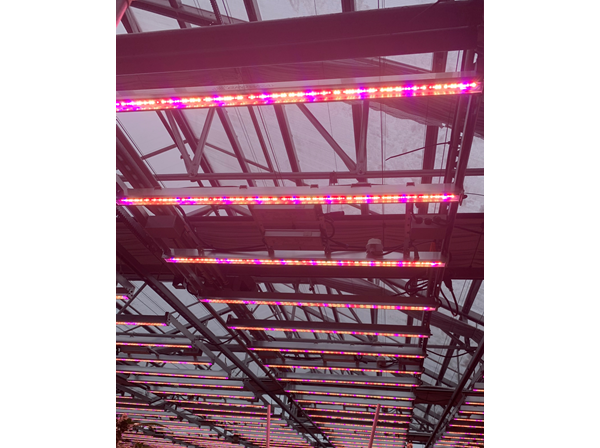 Grow Ray’s lighting systems are plug-and-play, allowing the grower to simply identify targeted light conditions and let the system do the rest. However, some growers are more interested in the specifics and want to receive reports that outline the system’s performance. That is where Candidus comes in.

Founded by Erico Mattos (also co-founder of Grow Ray) and Marc van Iersel, Candidus is a horticultural lighting control company that develops cost-effective supplemental lighting strategies and control systems for commercial greenhouses. According to Ryan, the company’s control systems use light sensor data to generate an informative dashboard and monthly report containing recommendations for system optimization. Candidus also offers free servicing during the first year, which can be renewed in subsequent years at a cost.

By providing in-depth recommendations on light delivery, Candidus allows growers to finetune operations and achieve even greater savings. In fact, Candidus’ customers have reported an average energy savings of 30%, which amounts to roughly $20,000 per acre per year and an ROI period of fewer than two years. Candidus’ module can control any lighting system, whether LED or HPS.

As light use efficiency, carbon footprint, yield and product quality become the top focus of greenhouse and vertical farming cultivators, Grow Ray and Candidus pride themselves on offering next-generation lighting and control technologies.