US (CA): A peak inside Westerlay Orchids

Toine Overgaag, the owner of Westerlay Orchids, is originally from ‘s-Gravenzande in the Netherlands, where his grandfather grew tomatoes. In 1978, his father emigrated with his wife and four young children to Carpinteria in the USA. Joop, Toine's father, built most of his first greenhouse there himself and started the company Westerlay Roses, named after the auction in Westerlee (the Netherlands). Since 2009, Toine has been in charge of the company, which has doubled in size since then, operating on 7.5 hectares and producing more than 3,2 million Orchids annually. We had a chat with Toine, who talks passionately and enthusiastically about his company.

How did Westerlay Orchids first begin?
After my business administration studies I worked as a business consultant, because I was not really interested in roses. The company had a good and solid position on the American market and my father was in such great demand for roses that for some time there was no room for new customers. In the 90s, there was increasing competition from Ecuador and Colombia, which put pressure on the market. I joined the company and my father and I decided we needed to change course. After extensive market research, we made a plan to switch from roses to Orchids in a period of five years. We delivered our first Orchids, Cymbidium, in 2003 and Westerlay Roses changed its name into Westerlay Orchids. It turned out to be a good move, because there was and still is a great demand for Orchids, which has enabled us to grow enormously over the years. I bought myself into my father’s company and now Westerlay Orchids is all mine. 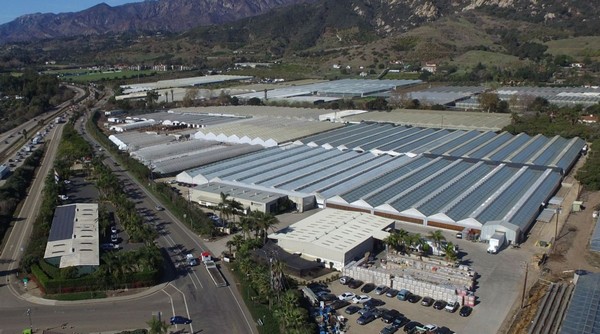 What is the current structure of your company?
We have three locations, of which we rent one and two are owned by my parents. I am extremely ambitious by nature and would like to realise an expansion of seven hectares, which is almost double the current surface area. This will be a modern nursery, where perhaps other products than the current ones will be grown. This has still to be defined. With a new location our rental location would be cancelled. At the moment we mainly grow Phalaenopsis plants.

Read the complete article at www.anthura-unlimited.nl.