For Full Nature Farms, COVID-19 came as a blessing in disguise. The Hong Kong fresh produce market, which has always been relying heavily on imports, suddenly realized the benefits of local produce: reduce carbon footprint, lower transportation costs, and even more importantly, a fresher product. "People suddenly realized that shorter transportation means a better product, and they shifted to us," Ray Lok, founder, and CEO of Full Nature Farms, explains. 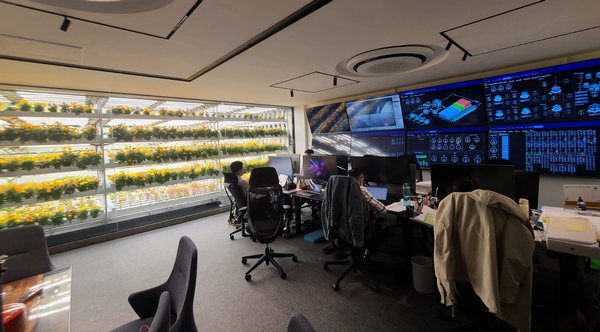 Full Nature Farms, an aquaponics indoor farm that grows edible flowers, microgreens, and herbs, started three years ago when its founders, who had been growing in a greenhouse previously, realized that vertical farming would offer the best solutions to the trouble that was brought by climate change that made the summers in subtropical Hong Kong even more humid. "We realized that growing outside was not sustainable anymore, as the humid climate made us prone to fungi. We could only produce the best vegetables in winter, so we had to move indoors, where climate control would protect us against that."

Developing a vertical system was an exciting step for Full Nature Farms, but even in the years before, they had proven that they did not shun taking unusual steps in agriculture. They started in 2013 with the first commercial greenhouse in Hong Kong that used an aquaponics growth system. "Nobody believed in aquaponics back then, as they found the mix of fish and crops in one system illogical." Ray, however, was convinced of the benefits of aquaponics, as it would allow them to grow a large variety of crops with the same nutrient mix provided by the fish. "If we wished, we could grow 500 types of crops within the same system at the same time. That revelation was magical for us." 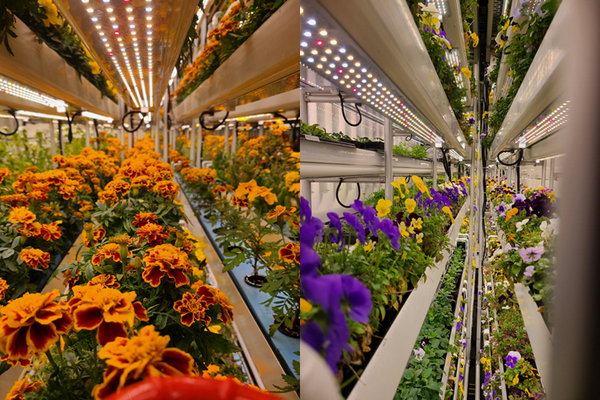 In order to gain more knowledge in this relatively new field of agriculture, the team went to the States to follow classes on aquaponics. They also visited farms in the Netherlands, Australia, and China to compare the systems. "The first years, we did a lot of research and carried out experiments to find the ideal settings. There are quite some variables when growing in this ecosystem, so that was quite a challenge."

One of the biggest advantages of Hong Kong as a location is the proximity of Chinese factories, rendering hardware products much more affordable. "This allows us to develop our own LED system that is tailored to our workflow. Our main costs are maintenance, not hardware." Although there are other farms that do the same, Ray finds great benefit in starting on a smaller scale. "We come from a farmers' background, and we know how to scale up our production very quickly. That way, we can respond quickly to growing demand." 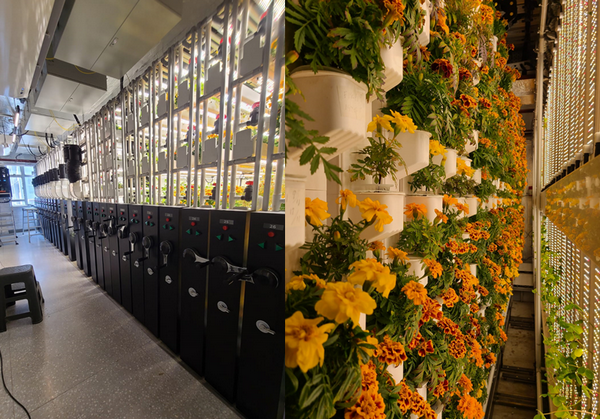 Last November, the farm was finished and started producing. Thanks to the efficient design, it can produce over 10,000 heads of flowers per 100 m2. The edible flowers can be harvested on a weekly basis. The timing turned out to be perfect, as the pandemic had forced the chefs of the many Michelin restaurants in Hong Kong to find local suppliers for their microgreens, given the higher costs of imported products. "People are acquainted with western cuisine here, so the microgreens went fast. The short logistic chain also gave less waste, so chefs could be more creative with their usage of microgreens."

In the near future, Ray plans on expanding his farm to other buildings in the Asia-Pacific. "We also receive inquiries from other Asian countries such as Taiwan and the Philippines. But as much though we would love to expand even further, we will have to wait until we can visit them."