Myplant & Garden is pushing for some action

Italy: "The pandemic has put the sector on a significant halt"

In 2019, the Italian horticulture production grew, the Ministry of Forestry and Agriculture just reported. However, the statistics for 2020 and the expectations for 2021 are not that rosy. Myplant & Garden, one of the largest horticultural trade fairs in Italy,  shares this knowledge and comments also on the scenario for 2020-21: “In 2019 the value of horticulture production in Italy surpassed 2.7 billion Euro, but the pandemics has put the sector on a significant halt.”

Growth in 2019
In 2019, the production in Italy was more than 2.7 billion Euro, which is a 5.8 increase compared to 2018. The increase is largely due to a surge in potted plants (+8.9%) and an increase in nursery products more in general (+3.3%). Wicker products, instead, have kept steady in their decline as shown in the table below.

The census made by the Italian institute for statistics has registered 24,000 production companies of ornamental plants in Italy, mainly in 4 regions: Liguria – which holds the record for the cultivation of flowers outdoors, followed by Tuscany and Lombardy – where the main activities concerning ornamental shrubs and forest plants are run – and Campania, which is specialised mainly in the culture of flowers in protected cultivation

Export reaches record in 2019
In 2019, the export reached a record of 903 million euro with a balance of 371 million (306 in 2018). The positive balance is mainly due to outdoor plants (+294.5 million) with an export volume of 41.9% when comparing it to other products. Second and third place are held by vine and fruit plant cuttings and vegetables, which account altogether for 22.5% of the sales. Cut foliage was valued in 104 million Euro. When looking at the imports of horticulture products, Italy imports mainly from The Netherlands (71%), Germany, Spain, and Poland

Growth over the last decade
Data from Eurostat over the last decade show a linear trend (between 2010 and 2019 there has been a 7% increase) and register a total value of 22 billion Euro in 2019 for the whole European production, the main players are the Netherlands (30% of the total with cut flowers, potted plants, bulbs, annuals and perennials), Germany (13% with nursery items and garden plants), France (12%) and Spain (10%).

Impact of COVID-19
The data for 2020 are not in, but according to Myplant & Garden, it will less rosy than 2019. "At the moment, We only know that the sector in Italy suffered a lot. Almost 60% of fresh production (flowers…) was destroyed by producers. Industries linked with the green sector (logistic, shops, wholesalers and so on) suffered a damage of 1.7 billion Euro, in Italy.

Pushing for action
Myplant & Garden, which plays a key role in boosting the Italian horticulture industry on an international level, and could neither take place in 2020 nor in 2021, is now pushing for some action “because the very existence of the trade fair industry in Italy – which involves around 200,000 companies and generates more than half of Italian exports – should become a priority for the Italian government.” 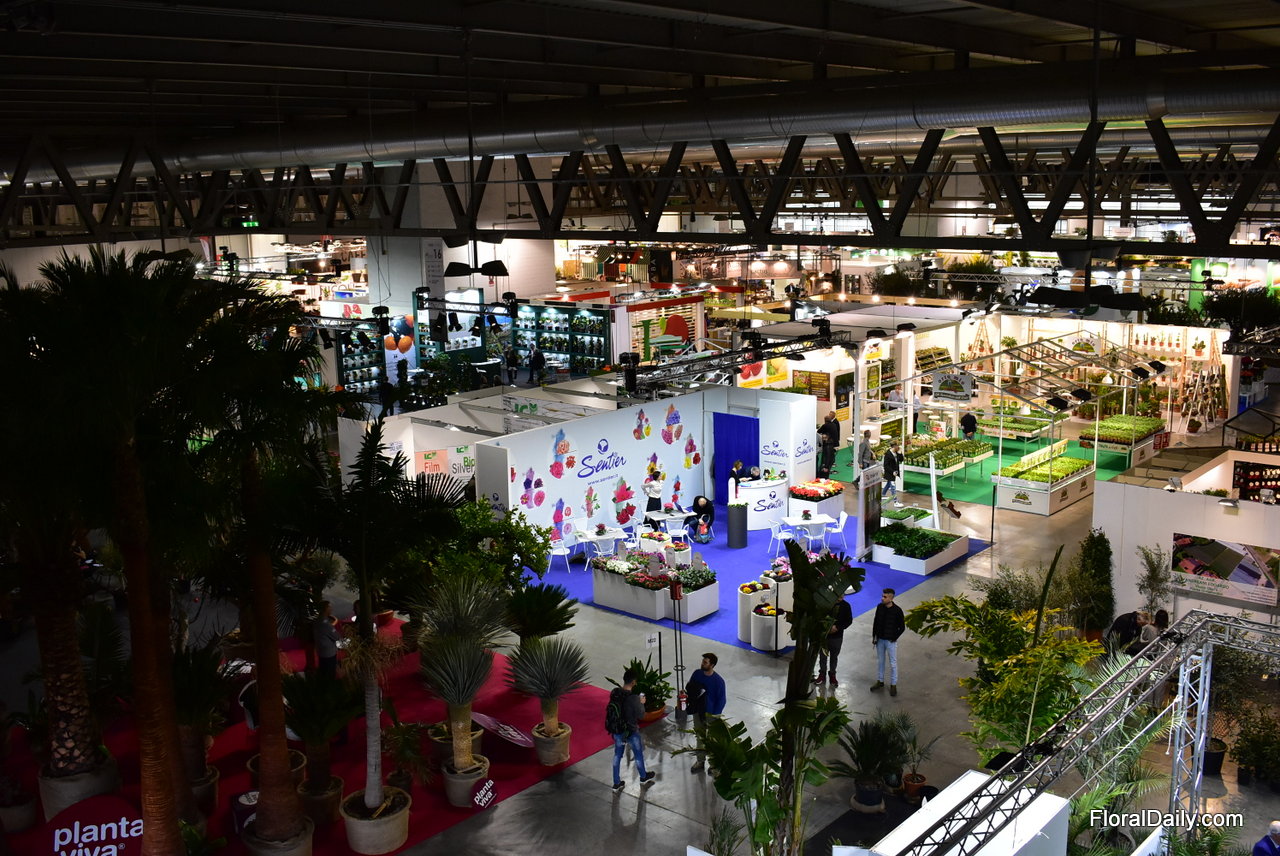 Click here for an impression of the Myplant & Garden 2019 edition