The plants are almost ready and in a few weeks, thousands will leave the greenhouse. In less than 2 months, the greenhouse will be empty and Dutch Bougainvillea grower 'De Wintertuin' will start all over again. "The crop is looking nice and we hope everything will open up soon", says growers Wouter van den Bos. 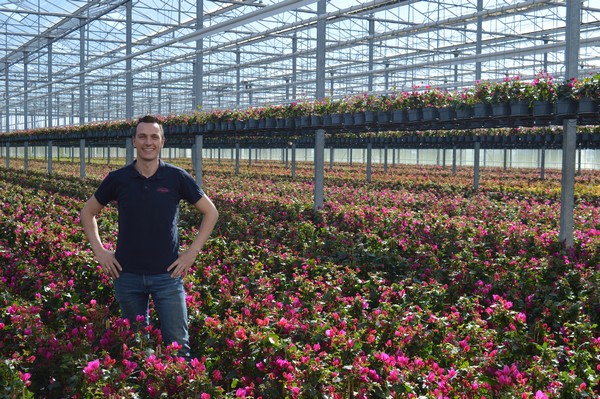 Wouter van den Bos in between his crop

In his greenhouse in De Lier, he hasn't been idle. Exactly one year ago, several thousands of square meters of greenhouse have been built, connected to the existing greenhouse. On top of that, recently, he invested in 600 solar panels, which fit nicely on a empty piece of land behind the greenhouse and joined Trias Westland -an innovative geothermal heat project to make greenhouse horticulture in Westland more sustainable. The grower is now almost completely self sufficient, regarding generating energy. 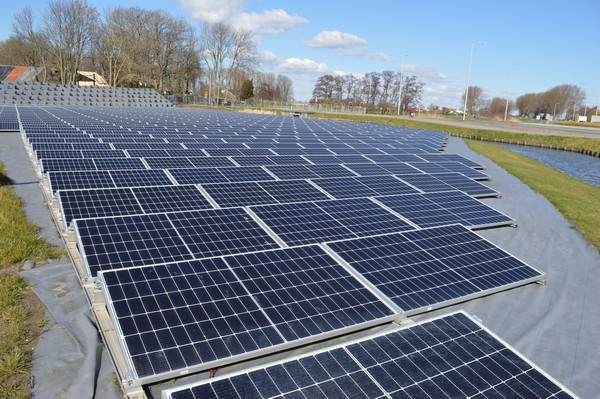 The cultivation, however, isn't that energy intensive, because no lightning is required, for example. Only in the propagation area, which consists of 1,000 square meter. But there is a demand for heat. The temperature may not go below 12 Degree Celcius. The biggest expense is labor: the plants have to be clipped and cut several times, which is all done manually. Then in the high season all the plants in the entire greenhouse, more than 3.5 hectares, have to be delivered in one go. This is followed by a major cleanup of the nursery, potting up and setting out the young plants and managing their growth. 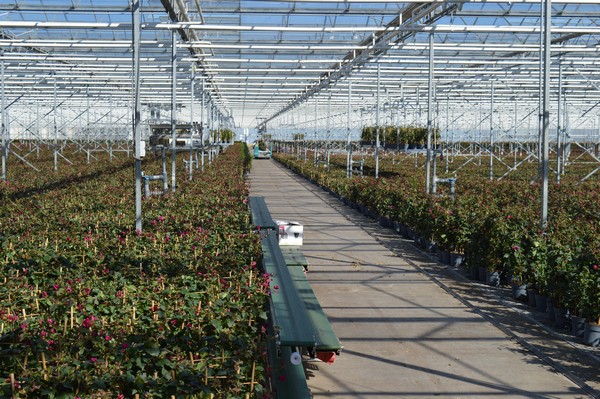 Van den Bos has been growing plants for 30 years, of which two decades bougainvillea, at this location. As of January 1, 2020, he has taken over the company from his father Frans, who now occupies more an advisory role. Van den Bos senior started cultivating Bougainvillea 20 years ago. Before that he grew cut roses, first only in De Lier, but at a certain point also with a nursery of his own in Kenya. However, the grower foresaw the battle that the African rose would enter into with the Dutch, and the consequences. With that in mind, he searched for something else, a plant that he was literally found on the roadside in Kenya: the Bougainvillea.

Own niche
The bougainvillea is a tropical annual plant that grows in temperate conditions and has become a niche product in the spring range over the past few years. In the Netherlands, the acreage is just below 10 hectares, and the number of growers can be counted on a few fingers. 'De Wintertuin' is one of the larger ones. Plant production takes place entirely indoors, a specialty that has been mastered over the years. With the addition of a number of own varieties from own breeding. 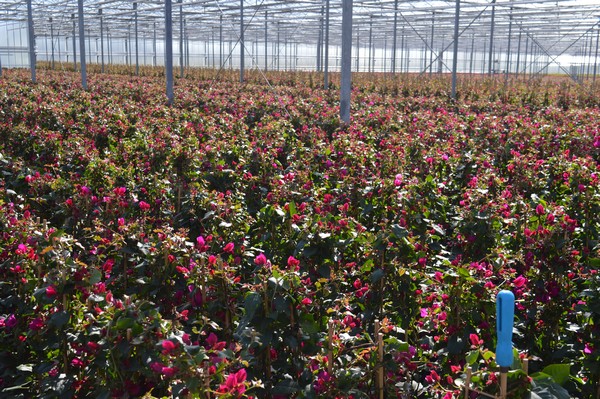 And go
Now Van den Bos is hoping for as few corona-related restrictions as possible and as much nice weather as possible. "Last year we've had good sales," he concludes. "Times were challenging for a while, but fortunately, the market oped up just in time for us. We then also continued the expansion, because we were growing a bit each time. Now, we are ready again for the shipments to take off."