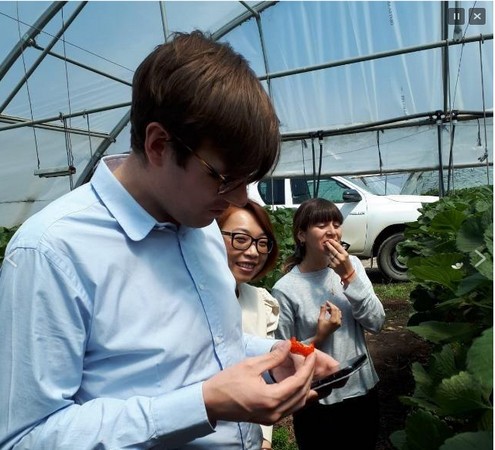 Benjamin has worked for Invivo Group for over seven years: His first secondment was from 2012 to 2014 within the Animal Health & Nutrition division as Operation Controller in Mexico, following this period Benjamin worked 3 years’ experience as Head of Finance at Covama. He returned to the Invivo group in 2018 as International Finance Controller for Bioline Agrosciences, the Integrated Pest Management division of Invivo, based in Paris.

At Bioline Agrosciences Benjamin has been involved in several projects, including, the creation of a subsidiary in Spain (Bioline Iberia) Implementation of new Financial Systems in France, the UK, the US & Spain, in addition, Benjamin has supported a number of major investment projects such as the construction of bio-factories in Spain and in the US. Benjamin speaks four languages – including French, Spanish, English and Portuguese.

“We are very enthusiastic to start this new life on the shores of Lake Naivasha & I particularly look forward to starting working with all of you”.