Greenhouses can allow the growth of high-quality crops in otherwise unproductive areas. Important, as the world population is growing and the land area appropriate for farming is limited. One thing that is still difficult to control, even in high-tech greenhouses, is the light that reaches the crops. TU/e-researcher Gilles Timmermans created smart windows to regulate intensity and spectral content of light in the greenhouse.

Most greenhouses, especially in the Netherlands, try to maximize the light that reaches the crops. However, in summertime, the temperatures in greenhouses often become too high and hinder plant growth. Currently, growers try to solve this problem by increasing the ventilation or by physically decreasing the amount of light that enters the greenhouse with curtains or screens. 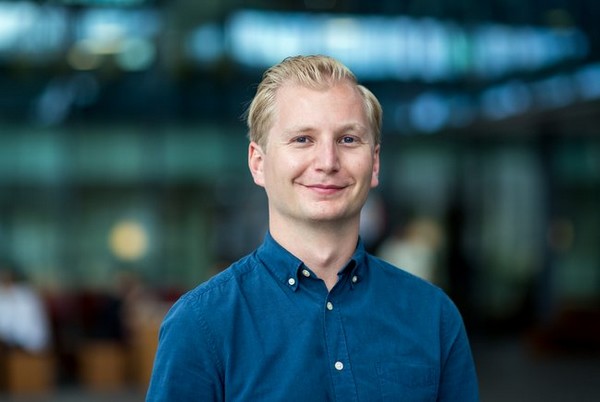 A downside of increasing ventilation is that it makes it more difficult to control the environment and could allow pests to enter the greenhouse. A typical way to decrease the incoming light intensity in summer is therefore to paint the roofs of the greenhouse. This paint eventually washes away in the rain so that in the autumn all light can enter again.

Liquid crystals
What growers are still missing is a way to quickly and reversibly change the light that reaches the crops. Timmermans started to investigate the use of new ‘smart’ windows in greenhouses. These windows could change from transparent to absorbing or hazy states.

In the absorbing and hazy states, less light is able to pass through the glass, helping prevent the temperature from getting too high. Furthermore, the light that did pass through the hazy window is distributed more evenly to the greenhouses which is better for the crops.

The ‘smart’ windows that Timmermans created could also generate electricity from the extraneous absorbed light. To do so, fluorescent dyes were introduced in a liquid crystal host whose ordering can be controlled similar to an LCD (Liquid Crystal Display) screen. As a result, the windows have bright fluorescent colors which potentially are beneficial for plant growth by altering the illumination spectrum as well as acting as electricity generators.

Timmermans made different varieties of these ‘smart’ windows that could respond to environmental conditions and switch their transparency automatically with changes in external temperature or light intensity, or even on-demand by application of an electrical field.

Hopefully, these autonomous window designs may lead to higher quality crops with greater yields and allow greenhouses to also generate their own electricity instead of only using it in the future.