NL: Gerberas in the spotlight

April is 'the month of the gerbera' and this year trade, florist and consumer can't ignore this flower. Last weekend, both the exporter and the consumer were extensively treated to flowers, a promotion that is part of the big April campaign of Coloured by Gerbera: "Gerbera always surprises".

Consumers were also surprised. In the shopping streets of Leiden, Gouda and The Hague, large amounts of gerberas were distributed with the text "you are special". These cities were briefly enriched with passers-by with colorful gerberas in their pockets. The enthusiastic responses have been recorded and can be seen on the Coloured by Gerbera website. 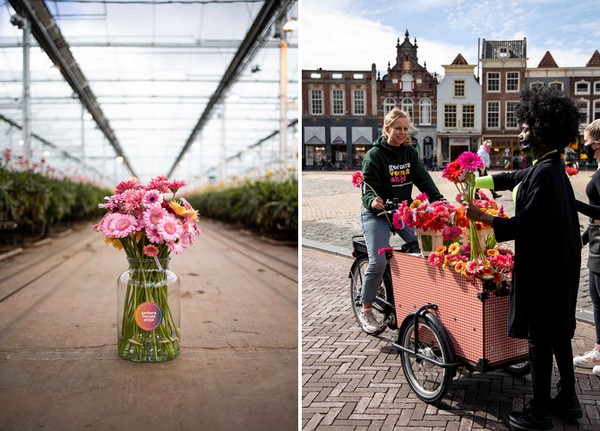 Gerbera surprises along the A4
From this week on, the "Gerbera always surprises" campaign can also be admired on an advertising column along the A4 near Leiden. Here, the campaign image draws attention in a striking way on the route to the flower auction in Aalsmeer. During the month of April, various promotions are taking place to surprise the entire chain. 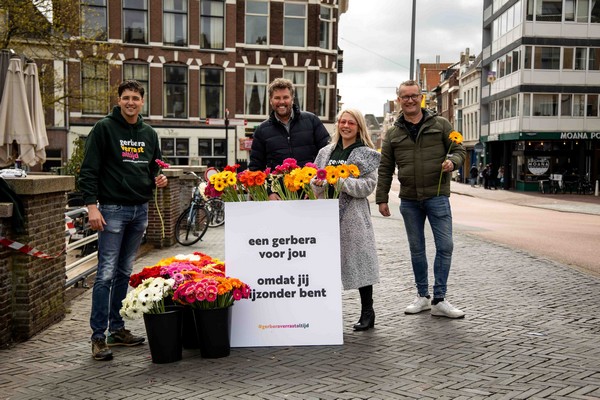 Gerbera collective stands strong together
Coloured by Gerbera is the collective of all 40 Dutch gerbera growers and breeders. They provide florists, wholesalers and exporters with assortment information and inspiration. They put gerberas on the international map through various campaigns and promotions. The campaigns are in the hands of creative agency Vandeez. 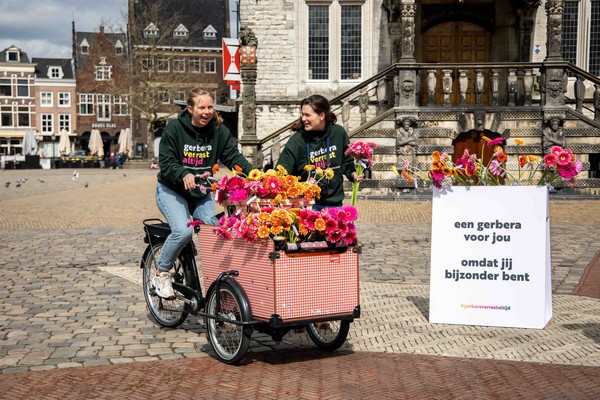 Read more about the campaign here.