"Risks in geothermal much small than that of flooding"

"The Germans are actually thanking the Netherlands for the expertise they have gained and are going ahead with drilling in the same rock layer as Californië ." These are harsh words from Jean Aerts of Glastuinbouw Nederland. He is referring to a geothermal heat project that is being developed just across the border with the Netherlands, while in the Netherlands itself, to the displeasure of greenhouse horticulture entrepreneurs, the development is proving difficult due to fears of earthquake risks.

Below, in the context of the Earth Day held last week, a plea for geothermal energy on behalf of the sector organisation. 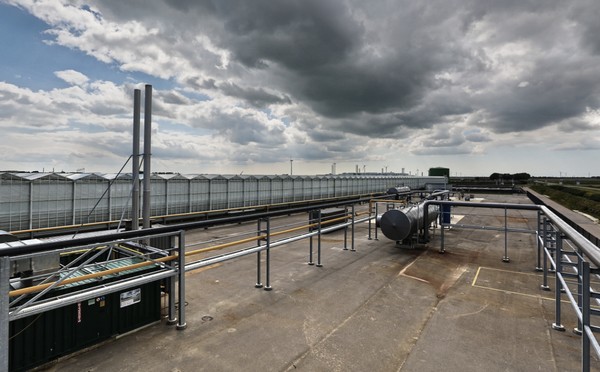 Bureaucracy
Geothermal energy is underground heat in deeper layers of the earth. It is an important alternative for the use of natural gas in greenhouse horticulture. Potentially, geothermal energy can cover half of the heat requirements of greenhouse horticulture and also make a significant contribution to making the Netherlands more sustainable (entrepreneur Leon Ammerlaan touched on this on GroentenNieuws). Sometimes, however, bureaucracy gets in the way of a successful geothermal heat project.

Geothermal heat application in the Netherlands is still at the beginning of its development with more than twenty projects completed, almost all in greenhouse horticulture. Kas als Energiebron (Greenhouse as a Source of Energy), the innovation programme of Glastuinbouw Nederland and the Ministry of Agriculture, Nature and Food Quality, aims to increase the number of projects realised each year.

Doubling capacity
There is a lot of enthusiasm in the sector. In order to be able to utilise the potential, Kas als Energiebron is working with the Geothermie Nederland sector association on improvements in the areas of financing, professionalisation of the geothermal chain and knowledge development.

The members of Geothermie Nederland have a list of twenty geothermal projects that they can realise in the coming five years. That means doubling the current capacity. Another twenty geothermal projects must be completed between 2025 and 2030. Geological research is still needed for this, because the composition of the earth layers is not the same everywhere in the Netherlands.

Limited risks
That can certainly be a limiting factor. A current example is the situation in cultivation area Californië, in the north of Limburg. In October last year, geothermal heat project CLG Geothermie BV filed for bankruptcy. The project had been supplying heat since 2015 and had been at a standstill for two years following a slight earthquake in the deep subsoil (at a depth of 5.5 km). External research indicated that there was probably no relationship between the earthquake and heat production and that the risk of new and especially larger quakes was small. The geothermal well is located at 2,300 metres. Nevertheless, the Ministry of Economic Affairs and the supervisory body, SodM, did not agree to restart heat extraction.

However, experts are still investigating a possible restart together with the Province of Limburg, writes GF Actueel, which inquired with the curator following the report by Glastuinbouw Nederland.

Perspective
Jean Aerts, board member and regional chairman of Glastuinbouw Nederland, speaks of a disappointing state of affairs, partly in view of current developments on the other side of the border: "Californië was one of our most energy-saving glasshouse growing areas, but that has come to an abrupt end so far. Geothermal energy offered greenhouse horticulture in North Limburg the prospect of sustainable heat with excellent opportunities for linking up with the built environment. It is striking that just across the border in Germany, the same subsoil is judged very differently and geothermal energy is developed with good risk models.They are looking for acceptable risk and have experience with seismic surveys in rocks."

Decision-making
Aerts is referring to the plans of grower cooperative Landgard for a geothermal project in Straelen, Germany, just across the border. If the project succeeds, the geothermal resources will initially be available mainly to greenhouse horticulture businesses in the border region. "The Germans are actually thanking the Netherlands for the expertise they have gained and are going ahead with drilling in the same rock strata as Californië . Geothermal energy without risk is a utopia, but the chance of a quake in North Limburg is, I think, smaller than that of a flood in the west of the country. And yet that is where the largest cities are located and where by far the largest part of our population lives. The well in the cultivation area can be started up again tomorrow, but that requires sober and realistic decision-making by the Dutch government."