Henk Kwakernaak has a plant nursery in the Netherlands. He's the first ornamental plant grower to be GlobalG.A.P. certified via GreenlinQdata. Henk received this accreditation by registering with GreenlinQdata. Control Union certified him.

The GlobalG.A.P. environmental certificate is an alternative to existing ecological certification. That gives ornamental plant farmers the choice of being certified by multiple parties. 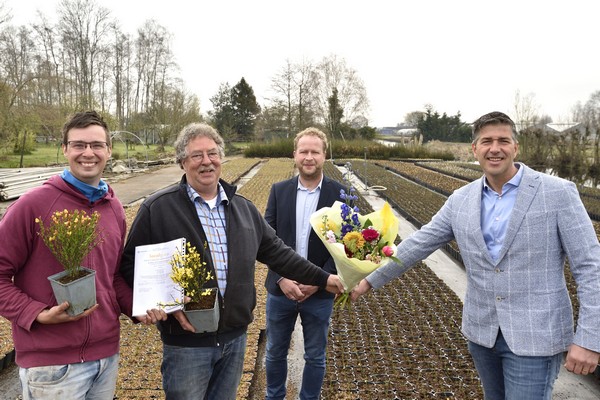 Kwakernaak works with his son, Sander. They wanted to be accredited because one of their buyers required environmental certification. That was for gorse bushes, vines, and hedge conifers. They now also comply with requirements Royal FloraHolland auctioneers may demand from their suppliers.

Quick
Lower costs and a faster, simpler certification process. Those were the reasons Henk opted for GreenlinQdata and Control Union. "It was surprisingly quick; it was done within two weeks," he says.

According to GreenlinQdata, that was thanks to good cooperation between the three parties. "But Kwakernaak wanting to be certified so quickly was challenging," says GreenlinQdata's Gerard Flinterman.

Digitizing data
The grower logged onto GreenlinQdata's website. He then used a registration module to enter his details digitally. Henk had already added the past six months' consumption data. That helped in the process. "Information of at least length of time is a condition for certification," says Control Union account manager Gerard Blijlleven.

GreenlinQdata's help desk staff ensured that the registration went smoothly. Thanks to the data digitalization, Control Union could perform the required audit for the past six months. They then issued the certificate.

For GreenlinQdata and Control Union, this was also an important test case. They could use it to prepare for the high influx of applications they're expecting. You can find more information (in Dutch) on greenlinqdata.nl/milieucertificaat.