On June 23, 2021, a floribunda rose was awarded the internationally honorary prize "Golden Rose of Baden-Baden". She bears the name  Royal Estelle Plant 'n' Relax and comes from the rose breeder Rosa Eskelund from Roses Forever Denmark. The rose is named after the Swedish princess Estelle, daughter of Crown Princess Victoria.

Germany's highest honor for roses
The prize is said to be Germany´s highest honor for roses. It is planted in the Rose Society Garden (New Rose Garden) in Baden-Baden, where an international jury of rose grower and experts are gathering every year to evaluate the new roses of the current year and finally award the most beautiful one. For the 69th new rose competition in Baden-Baden on 23 June, 45 rose experts and rose growers from 11 different countries came to the rose garden in Baden-Baden to evaluate 127 new roses from 29 different breeders. 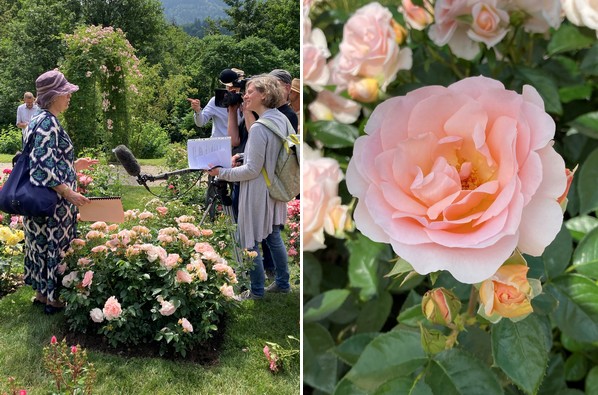 A lot of interest for Royal Estelle Plant 'n' Relax

Roses tested by challenging weather
This year, the weather was challenging for the varieties; the weather in May was cold, then it was very hot in June, followed by rain and storm. All in all, a good test for the new varieties. 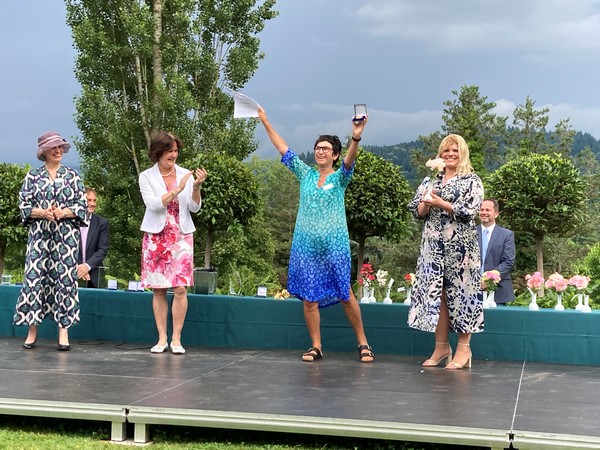 The winner
The new breed, Royal Estelle Plant’n’Relax , convinced the jury with its abundance of large, light salmon pink flowers with a touch of apricot. "As it continues to bloom, it also shows an attractive play of color in the yellow stamens. It has good leaf health and a light scent, but above all a lot of charm." Royal Estelle Plant’n’relax is well suited for beds or big pots on terrace.

Royal Estelle´ also received a gold medal in the category of floribunda roses and the honorary award for the city of Zweibrücken, Germany.

A lot of media attention. Click here for the enlarged image