Making the slow-release option of predatory mite a reality

“BioBee is proud to announce that for the first time ever, the predatory mite Phytoseiulus persimilis (BioPersi+), the ultimate spider mite predator, can be applied preventively using slow-release sachets that will guarantee consistent and absolutely outstanding results,” announced Ran Ganel, CEO of BioBee Sde Eliyhau.

Phytoseiulus persimilis has been used successfully in Integrated Pest Management (IPM) programs since the 1960s. Being prey specific, the traditional tritrophic rearing method (plant/pest/beneficial), although successful, has not supported the use of slow-release sachets. Tradition was upended at the beginning of this year with the announcement of a new mass rearing method for P. persimilis. 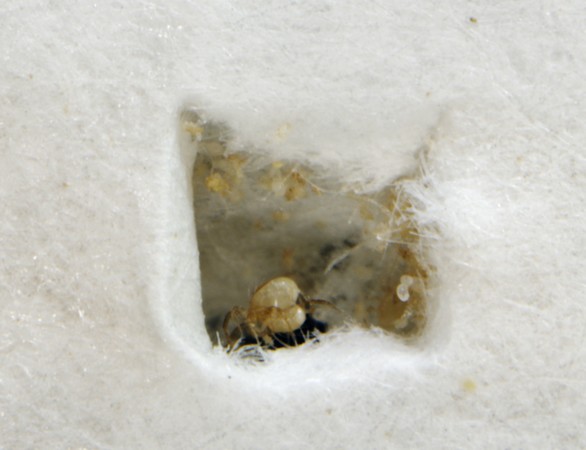 “BioBee's patented rearing technology is based on an absolutely nonobvious achievement: the successful development and reproduction of P. persimilis on alternative prey feed, which is far different from its traditional well-known spider mite-based feed. This technology has yielded the BioPersi+ (an improved version of P. persimilis) and enabled its novel application method: Slow-release sachets.” explains Dr. Shimon Steinberg, BioBee’s Chief Scientific Officer.

The new product, BioPersi+, which arrives satiated and physiologically stronger, is able to seek and control hot spots faster and start laying eggs on the same day of application in the crop.

Making the slow-release option of P. persimilis a reality
BioPersi+ contains all the developmental stages of the mite (adult, juveniles, and eggs). This population diversity creates a continuity of active mite predation, assuring longer, uninterrupted spider mite control. In the case of the BioPersi+ sachets, it also means that P. persimilis continues to reproduce inside the sachet, while dispersion on the crop continues. 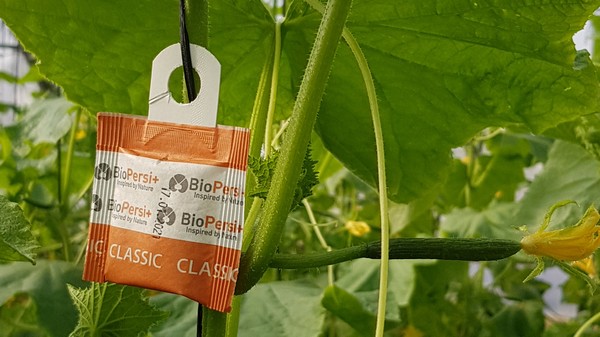 Immediate-release sachets of P. persimilis have been around for some time now, but because the P. persimilis is starved, the sachets must be perforated individually by the user when applied. BioPersi+ sachets (classic & speed) contain alternative feed; thus, the sachets are pre-perforated, ready to use, making the application faster, easier, and more convenient to growers.

Using the “standing army” approach
BioBee is committed to the application of natural enemies as preventively as possible, using the “standing army” approach. This practice will decrease plant damage, the time and expense required for effective pest control, the chemical treatments needed as corrective measures, the delay of beneficial release and the required application rate of beneficial insects and mites.

The products, BioPersi+ Speed Sachet & BioPersi+ Classic Sachet are an additional weapon to the IPM arsenal that allows growers to implement this approach. The BioPersi+ Classic Sachet enables application of P. persimilis preventively, dramatically increasing the chance to address and combat the spider mite pest before it arrives (since P. persimilis is no longer dependent on its presence).

“BioPersi+ sachets can be used in crops such as: sweet pepper, cucumber, tomato, eggplant, cannabis, strawberry, raspberry, melon, watermelon, roses, cut flowers, and other ornamentals. Basically, it can be applied on all crops!” explains Moshe Cohen, Senior Field Service Manager at BioBee “It is an especially useful tool for medical cannabis growers who must avoid physical contact between the product carrier/formulation and any part of the plant.”

“BioPersi+ sachets have been introduced commercially in Israel, Mexico and the United States, as well as Canada, and the feedback is great. For growers throughout the world, the new BioPersi+ sachet’s addition to the portfolio of natural enemies means more effective, efficient, and longer-lasting control of spider mites. The BioBee patented rearing technology guarantees a constantly available, top-quality product, regardless of weather or season.” adds Shachar Carmi VP of Marketing & Business Development at BioBee.