Sowing flower mixes is trendy. Researchers at the Dutch institute, FLORON, are well aware of that. But, is it always useful? 'Good for the bees' seems to be the cute, sympathetic sentiment responsible for this. However, there are less charming questions. These are about the various mixtures' make up and their effect on certain animal populations. 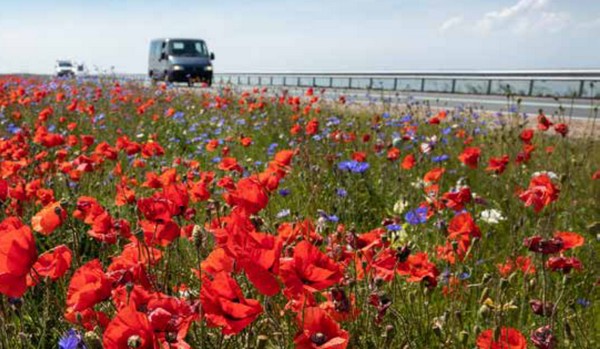 This issue is discussed in the latest edition of the Dutch magazine, PLANTEN. FLORON publishes this quarterly magazine. The researchers want to use it to answer a very complex question. How is the (wild) flora of the Netherlands doing?

Carnival
In his preface, student biologist, Marco de Jong, compares sowing these mixtures to a carnival. People benefit from the occasional party. But on one condition. There must be 'genuinely dull' times in between. All the privately sown floral splendor is like a party buffet. Certain species can gorge themselves. But, there's also a lack of shelter, nesting sites, and food plants - the 'genuine dullness'.

"We can provide this by sowing well-considered mixtures of locally indigenous species. Or - even easier - by doing nothing. We can just let nature design its own mini paradise. It might not look as festive as a 'carnival mix,' but it does a better job."

What follows in the article is a range of new perspectives and insights into the topic. For example, the idea seems to be nothing new. As early as around 1900, people feared a depletion of flora and fauna. The pros and cons of sowing were discussed. Views on this have changed considerably over time. Particularly because of a growing understanding of the complexity of nature. And humans' greatly increasing influence, of all kinds, on their immediate environment.

After considering all the angles, a conclusion can be drawn. In all cases, restraint around flower mixture sowing is desirable. It may, in Marco's words, 'be fun once in a while'. But, to effectively add value for (rare) species, close-to-specialist expertise is needed.