Mexico: Archaeologists find bouquets of flowers from 1,800 years ago

One of the most important recent finds in the archeology of Mexico occurred thanks to an unexpected torrential rain that opened a hole in the ground of the Teotihuacan floor, below the Temple of the Feathered Serpent, one of the most visited archaeological sites in the country. The downpour uncovered a hole 83 centimeters in diameter that led to an immense tunnel 103 meters long and 18 meters deep, built by the Teotihuacans some 2,000 years ago. It is a metaphorical representation of the underworld, where more than 100,000 objects have been found since 2009, the date on which the exploration of the so-called ‘Tlalocan Project: Path under the earth’ formally began. The last object was found this week – shortly before the underground exploration work was completed – and it has been spectacular: four almost intact bouquets of flowers dating from between the year zero and 200 AD. 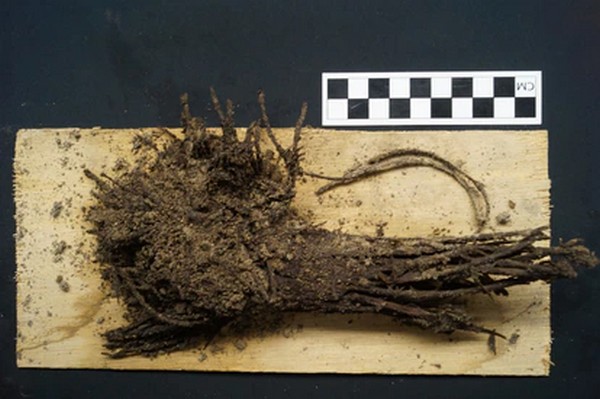 The archaeologist Sergio Gómez Chávez, leader of the research, has seen this latest discovery as a gift from the earth, now that this exploration stage is about to end and begins another one of analysis and study of the materials found. “This finding occurs after 12 years of continuous work. Last week we detected the presence of these botanical plant elements, which correspond to four bouquets of flowers, tied with ropes in a very good state of preservation; This morning we recovered a leaf from a plant, very important for biologists to achieve botanical identification. It is something very significant for us, because it is like finishing a stage of work, which is the exploration stage, and then the tunnel, the earth, gives us these four bouquets of flowers,“ says the archaeologist.

The find has been considered “exceptional” by archaeologists, as it is the first time that such well-preserved botanical material has been found in Teotihuacan. Along with the flowers, the archaeologists found seeds of corn, beans, chili, pumpkin seeds, prickly pear seeds, a large amount of pottery and a sculpture made of stone representing a pyramid with a talus and board; also several kilos of charcoal, presumably the product of a ritual ceremony.

To read the complete article, go to www.thesaxon.org.