Australia’s biggest seller of cut flowers, Lynch Group, says there has been a partial rebound of its business after the “initial shocks” of the Sydney and Melbourne lockdowns, and the long-term trends are working in its favour as people spend higher amounts on better-quality bunches of flowers and pot plants. 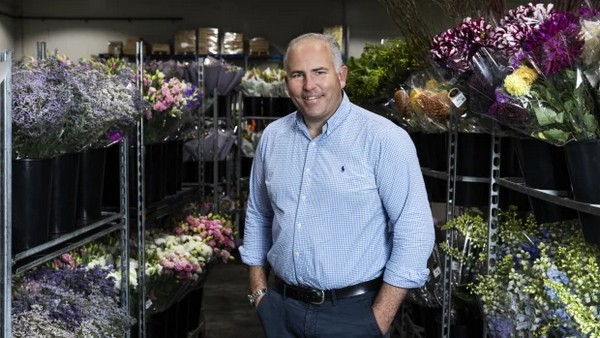 Lynch Group, which listed on the ASX in April, surpassed the net profit after tax and amortisation forecasts outlined in its prospectus by 12.7 per cent in its maiden result as a listed company, with its Australian and Chinese operations both in solid shape.

Lynch Group CEO Hugh Toll says supply chain pressures are adding to costs. But chief executive Hugh Toll warned of increasing pressures in the supply chain as COVID-19 disruptions in shipping and air freight channels bring extra pressure, which was amplified since the end of June as costs climbed. “This has intensified rapidly over the past two to three months,” Mr Toll said. Those extra costs were being absorbed into the business.

Lynch Group generates a large number of sales through supermarket chains Woolworths and Coles, and Mr Toll said it had also started a supply deal with the Big W general merchandise stores owned by Woolworths.

Lynch Group operates seven flower farms across Australia and China. Mr Toll said the group was weighing up buying another landholding in China in an expansion play, or expanding an existing farm in China. An extra 10 hectares of greenhouse area is being pursued.

To read the complete article, go to www.afr.com.