US (OH): "Reopening greenhouse to grow flowers that will beautify the city"

Youngstown CityScape’s plans to reopen a West Side greenhouse and use it for a variety of purposes will benefit the community greatly, its executive board president said. 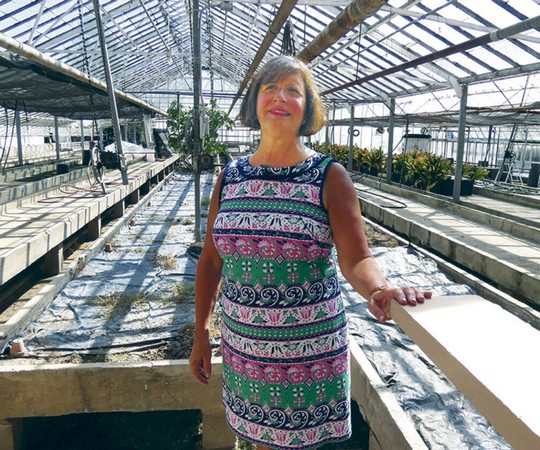 “We’re committed to preserving and reinventing this greenhouse as a community asset,” said Scott Schulick during a Tuesday event at the former Briel’s Flowers & Greenhouse on the city’s West Side. The property was renamed CityScape at Briel’s.

The downtown beautification organization purchased the closed business at 23-26 S. Belle Vista Ave. on July 27 for $145,000. When the work is done, CityScape will invest about $400,000 into the property, said Sharon Letson, its executive director. “The project bridges the past, present and future as we combine elements to create something brand new,” she said.

CityScape will use the greenhouse to grow flowers and plants to beautify the city, particularly the downtown area, as well as provide a retail area, classroom space and a place for “meaningful job training for women” at Community Corrections Association, a halfway house in the city, Letson said.

CityScape will “sow the seeds to help rebuild the local economy,” she said. “We’ll get started with renovations and look forward to an exciting adventure.”

To read the complete article, go to www.vindy.com.