Jack Ma, known as the founder of Ali Baba, and business partner David Yu visited the Netherlands this Monday for research purposes within the horticulture sector. The organizers of the reception, Pierre Bell and Jiayan Cai of the Flexibell Systems Group, speak of a successful visit and thank the receiving companies: World Horti Center, Growers United, Rijk Zwaan, Anthura, and Dutch Sino Business Promotions, as well as the translator Liu Mao (manager China) of Van der Knaap.

World Horti Center
At the World Horti Center, Aad Verduijn explained to Jack Ma the center's function as a link between practice and education and as a platform for sharing greenhouse horticultural developments with a wide audience. Jack Ma visited various stands of exhibitors, including those of Van der Knaap, Boal Systems, and Holland Gaas. At the same time, they also learned about several leading enterprises in the Netherlands in the field of agriculture.

Growers United
Growers United is one of the largest growers' unions in the Netherlands, being composed of 56 cooperatives. The growers' Association has a planting area of 600 hectares, including tomato, cucumber, sweet pepper, and eggplant.

Jack Ma visited the company's latest automated packaging production line and asked about its daily and annual packaging volume, as well as some industry-related information. Jack Ma said that its vegetable outputs were amazing and mentioned that China aims to have the same logistics system in the future. 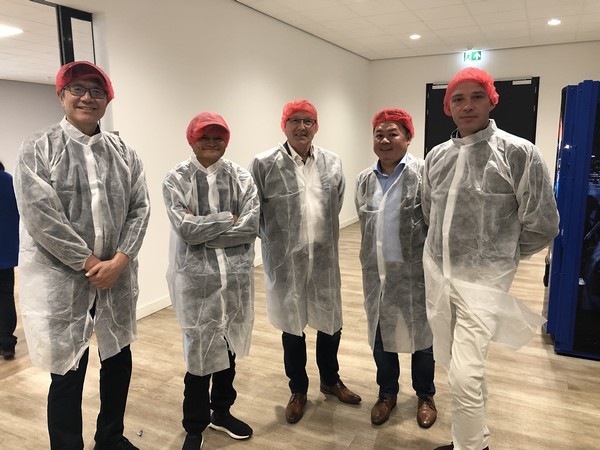 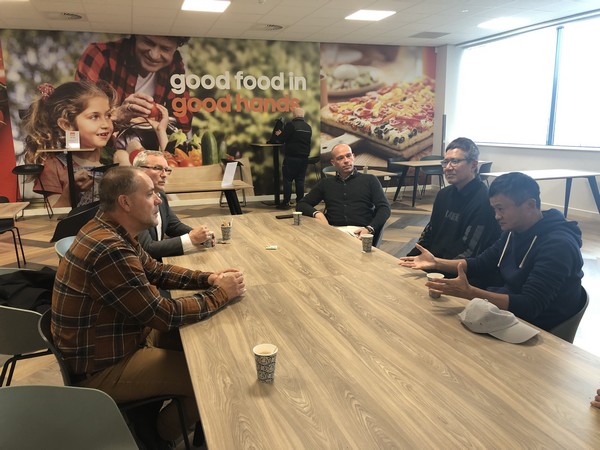 Rijk Zwaan
Rijk Zwaan is a family vegetable breeding company from the Netherlands. It was founded in 1924 and has a history of nearly 100 years. There are more than 20 R&D and breeding stations and more than 30 overseas branches in different climatic zones around the world, with products in more than 100 countries in the world.

During the visit, Rens Knieriem, Weiping Mao, and Paul Simmonds from Rijk Zwaan introduced their global business and the company's development in China to Jack Ma, who admired Rijk Zwaan's achievements and contributions to global and Chinese agriculture. After the meeting, Jack Ma and his partners tasted some of Rijk Zwaan's products, such as tomatoes and cucumbers. 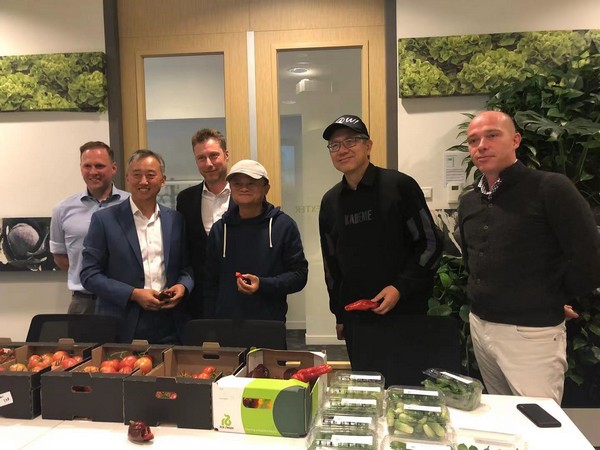 Anthura
Coordinated by Dutch Sino Business Promotions, Jack Ma and his partners visited floriculture company Anthura, which specializes in orchid and anthurium as the last stop in the Netherlands. Anthura delivers young plant material to more than 70 countries around the world.

Mr. Marco van Herk, Board of directors, and Mr. Sander Smeding, General Manager of China, introduced the company's overall development and business in China to Mr. Ma and his delegation and accompanied them to visit the Experience Center. Mr. Ma spoke highly of Anthura’s business mission of developing innovative and sustainable products from the perspective of customers to achieve the most efficient production and sales of orchids and anthurium flowers.

Dutch Sino Business Promotions
Dutch Sino Business Promotions (DSBP) was founded in 2006 in Rotterdam. Over the years, the company has made its name in the sectors, and in 2017 DSBP opened its China office in Shanghai. DSBP has been dedicated to facilitating and bridging both Dutch and Chinese companies, organizations, and governmental bodies to achieve its business development goals as well as international network expansion.

The international project team has various expertise and skill across the focusing sectors, Governmental Relations, Horti-Agriculture, and Environmental Resources Management. Since 2013, DSBP has been serving as the China Desk of Province of Zuid Holland, providing strategic advisory, mission organization, and cooperation services.

DSBP hopes to strengthen Sino-Dutch relations in the above-mentioned sectors and continue to deliver tangible results to the clients. 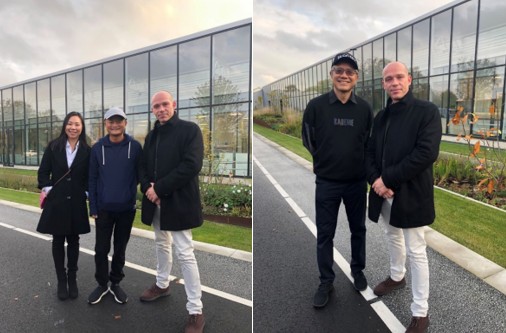 Flexibell Systems Group
A fortunate day started at The World Horti Center, where Jack Ma and David Yu arrived for a quick visit and a tour by Arie Verduijn. After an introduction of a few well-known systems as Van der Knaap, BOAL systems, Holland Gaas, and many others, the group visited the demo greenhouse.

Pierre Bell, Chairman of the Flexibell Systems Group, said: “A very fortunate day today to have such an inspiring and smart man as Jack Ma as a guest, together with his business partner David Yu.” Jiayan Cai (Co-founder of Flexibell China) says: “Knowing the ideas and visions of Jack Ma, we can only look into a fruitful future of Greenhouse Horticulture business between China and The Netherlands”.

Flexibell Greenhouse Systems Group, among which Flexibell Systems B.V., is a greenhouse material producer, designer, engineer, consultant, and trainer that has a main focus on China and its demand for quality food and flower production. Together with Flexibell’s strategic business partner, Haofeng Food Group (part of CNBM Group) with their home base in Qingdao, China thank the involved companies for a successful visit.