While the lockdowns over the past year had different impacts on each country and its economic sectors depending on the restrictions that were put in place, the general trend of plant sales in recent years indicates a large market boom across Europe.

In 2020, a year that turned out to be very good for flowers and ornamental plants in Germany, the market volume grew by 5,2%, according to Agrarmarkt Informations-Gesellschaft (AMI), which meant an increase of €9.4 million for retail businesses. To this, we must add the strong growth of the 3,1% that had already registered in 2019. It should be noted that poinsettias are incredibly popular in Germany, where they tie for second and third place with roses (according to the time of year) as the most popular houseplant, only behind the orchids. 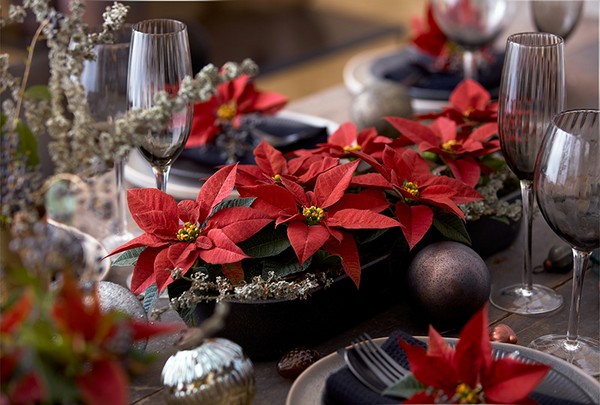 Across the border, in the Netherlands, one of the largest European markets for plants, there was an increase in 1,7% in sales, despite an overall drop in revenue from the 2,9% due to lockdowns, according to Royal FloraHolland. The general plant and flower sector in the Netherlands has an annual income of €4.7 million.

In Spain, where the lockdowns hit the sector hard, exports of live plants and cut flowers in the first four months of 2021 amounted to €241,7 million. The value of sales of indoor plants in this same period amounted to €45,1 million, which resulted in an increase of 46% over the same period last year.

In the UK, where consumer demand for houseplants has been steadily increasing for years, it now skyrocketed with confinement. It is estimated that the millennial generation is responsible for a third of all indoor plant sales. In October 2020, year-on-year sales increased by 48%.

In Poland, a similar situation occurred. In this country, even during the weeks of confinement due to Covid-19, garden centers were always open and made big sales as the summer progressed, to the point that some even ran out of supplies.

It seems that this market trend will continue as the Christmas campaign approaches. As homes give the final touches to their Christmas decorations to welcome visitors, the most classic red poinsettias, as well as the newest available in yellow, cream, rose, white and marbled, are expected to fly from the shelves. 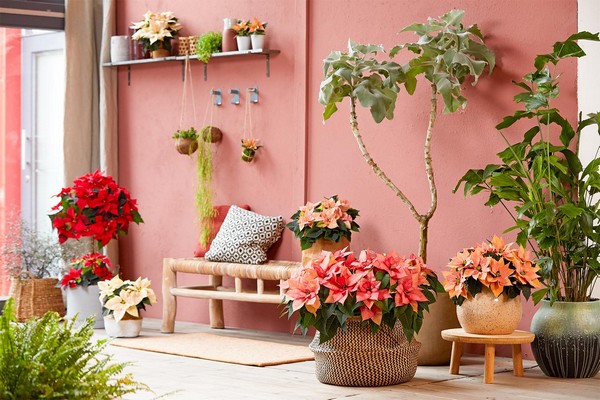 A plastic-free Christmas
Poinsettias also take advantage of the growing trend of plastic-free Christmas decorations, which shows that the season of excesses does not have to affect the planet. As every year, after Christmas, the containers dawn to overflow with non-recyclable waste. However, poinsettias will remain strong if treated carefully, even when the rest of the ornaments have already been removed.

Being kind to the environment is not limited to recycling. Poinsettias are very sensitive to low temperatures and when fully developed do not tolerate transport transfers well, so the vast majority are grown locally for sale in nearby markets. This allows consumers to support local producers, giving a boost to the consumption of local products.

Many nurseries across Europe rely heavily on poinsettias, which are not only sold in large quantities, but also allow producers to remain at full capacity throughout the year, as these plants begin to grow when most other crops and plants of high commercial value have stopped flowering. Poinsettia breeders and producers across Europe have been working for some time to achieve the best possible cultivation practices, with lower emissions during production, responsible use of water, and less waste generation.

While it is easy to keep poinsettias in good shape well into the New Year, buyers who prefer to brand new a new plant each year can get rid of their old plant in a way that really helps the environment. Like many other houseplants, poinsettias can be added to compost heaps where they will naturally decompose along with other garden waste into a very nutrient-rich organic matter.