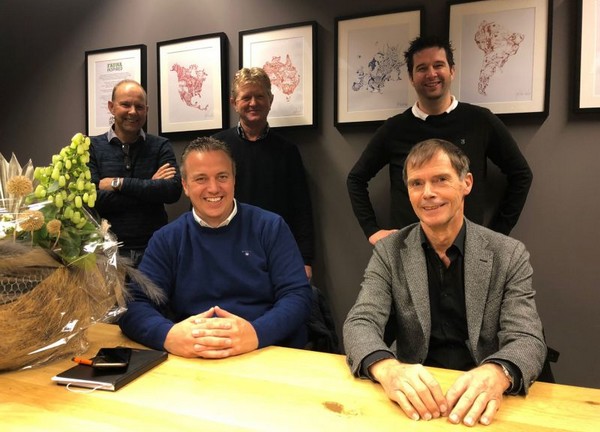 LV plant has always focused on propagating vegetable plants in the winter. It grows various flowering plants during the rest of the year. Vilosa produces kalanchoe and different seasonal products at three locations. That range partly overlaps LV's.

So, there was mutual interest. Leo is of a certain age and was looking to consolidate the business. He was interested in finding a party to guarantee that. Vilosa, for their part, saw the move as a nice strengthening and expansion of its product groups.

"We began talking in early 2020 and clicked nicely," says Rene. "Now we've acquired the shares and have formally become the nursery's owner. However, practically everything else remains as is. Leo built a great company; LV is a powerful name in vegetable growing and that should be retained."

"Leo has agreed to stay on for three years. He wants to transfer as much of his knowledge as possible. Also, his entire 20-strong staff will remain fully employed. The only thing that might change for them is that their shirts will soon say Vilosa," he concludes.

Nothing will thus change for the company's clients either. Though, Rene's LinkedIn post hints at some long-term changes. That will soon become clear in due course.