"With flowers, we can't stop a war, but we can use flowers to call attention to all the women who have been caught up in war. It is for this reason that we call upon everyone to buy flowers for their wife, friend, mother, grandmother, daughter, or female colleague, and post a picture of that bouquet with the hashtag #flowersforwomeninwar on social media. In doing so, you are drawing attention to the many women and children who are currently fleeing or had to go into hiding from war violence in Ukraine." 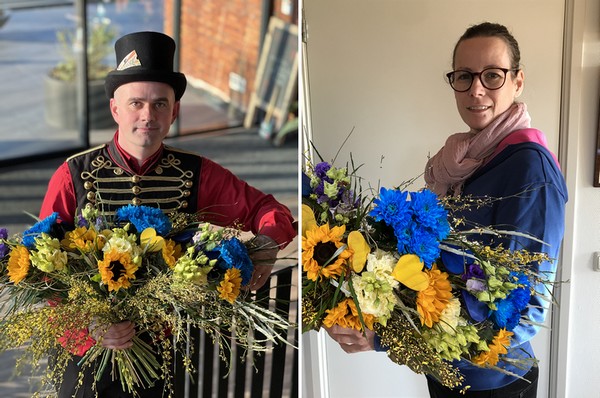 This call is made by Emmeke Vierhout and John Elstgeest, two entrepreneurs living in Ukraine and working in the agricultural sector. John, probably familiar to the reader of this newsletter, is the man behind Flower Circus, a company providing flower promotion for growers and breeders. He has lived in Bucha, a village near Kyiv, since 2016 and recently fled the country with his son. Emmeke Vierhout has lived in Ukraine for 20 years. Together with her husband Kees Huizinga and their two daughters, she runs a large farm (Kischenzi). Because of the war, Emmeke and her daughters are now also in the Netherlands. Allegedly, Kees is on the way.

This is just one of the many initiatives that are being organized. Below are more, and these are just some from the floral industry, and from the Netherlands only.

Roses
Several growers decided to auction buckets or trolleys of flowers to raise money. This morning, for example, roses of several rose growers have been auctioned. The money raised will go to Giro 555, the collaborating aid organization. Among others, Van der Ende Roses and SK Roses raised money this way. 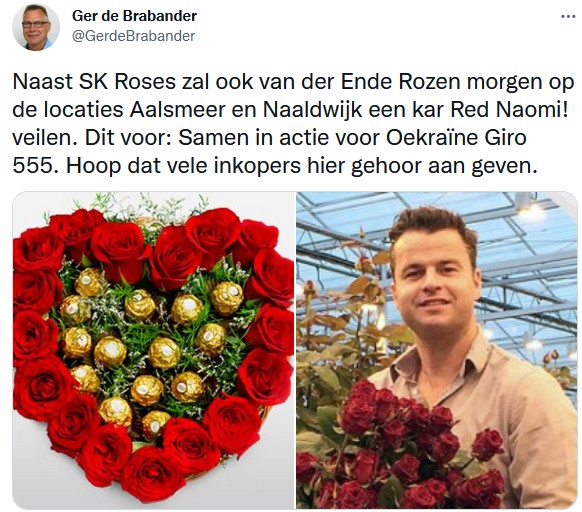 Besides SK Roses, also van der Ende Roses will be auctioning a trolley of Red Naomi! roses in Aalsmeer and Naadwijk.

SK Roses just informed us that they raised 14.000 euro. 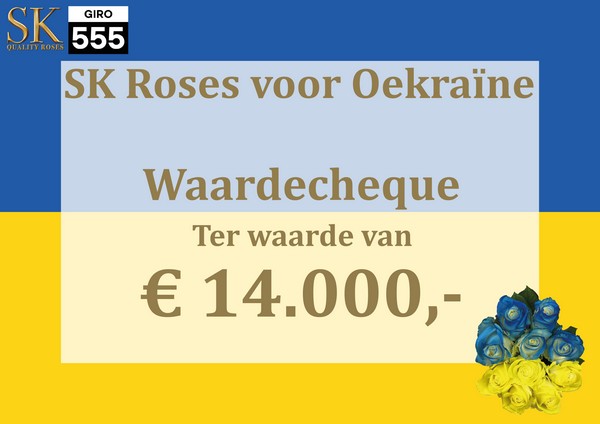 Tulips
Also tulips have been auctioned this morning to raise money. Kruijer Bloembollen, for example auction 7 trolleys for Giro 555. 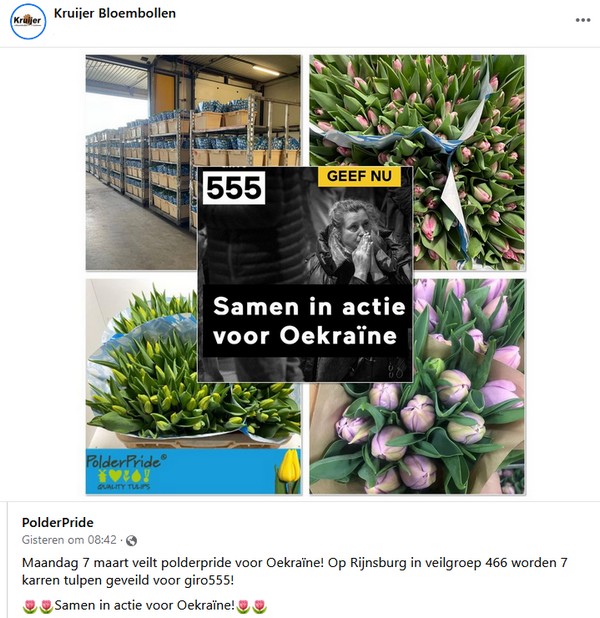 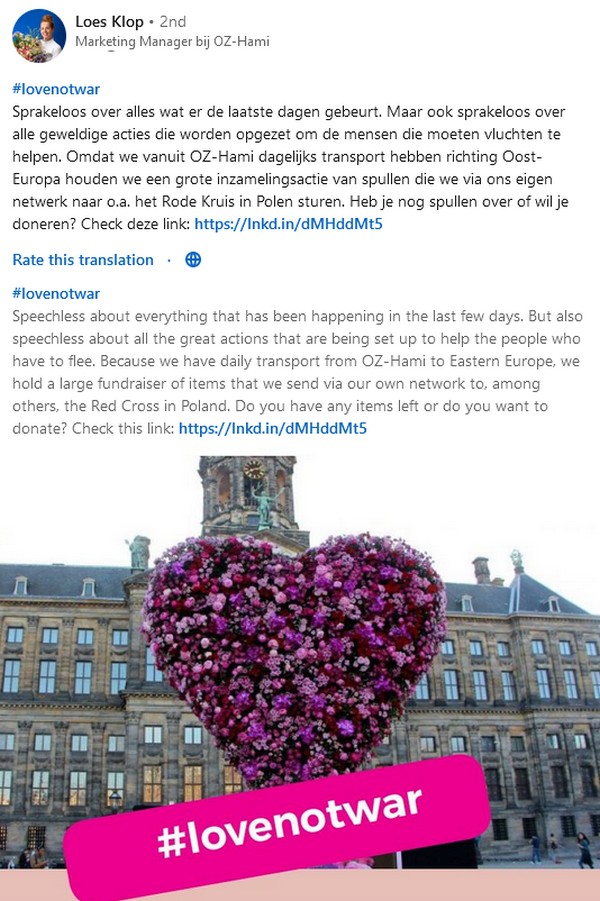 Today, a truck of Van Vliet Flower Group full of goods will go towards Prague and afterward to Poland and Ukraine. 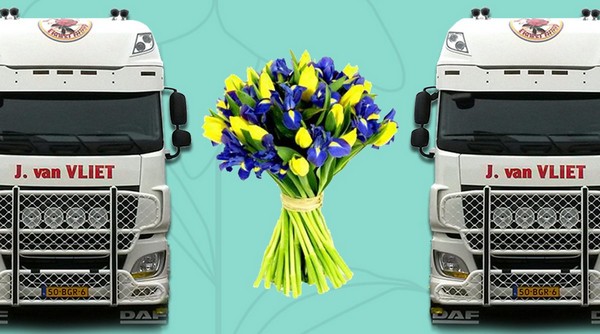 Also trucks from Topfpflanzen are going to Ukraine. 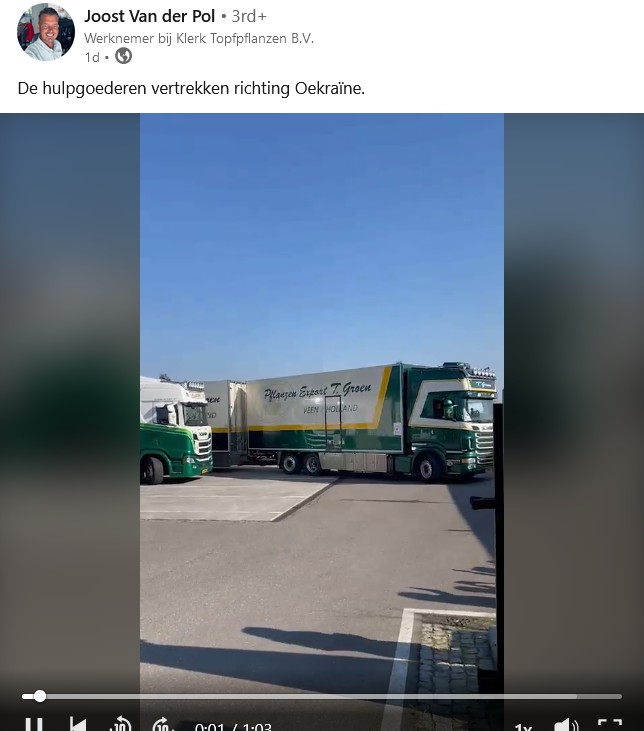 Yellow-bue
And more growers, like SK Roses, are selling flowers in the colors of the Ukrainian flag; yellow-blue. 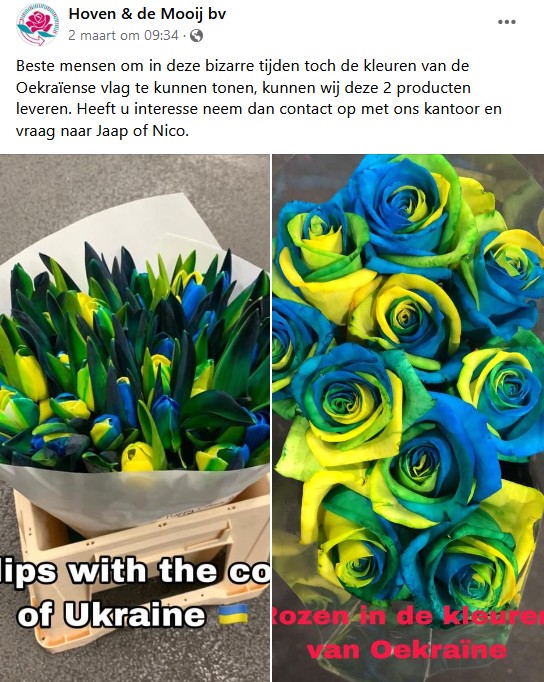 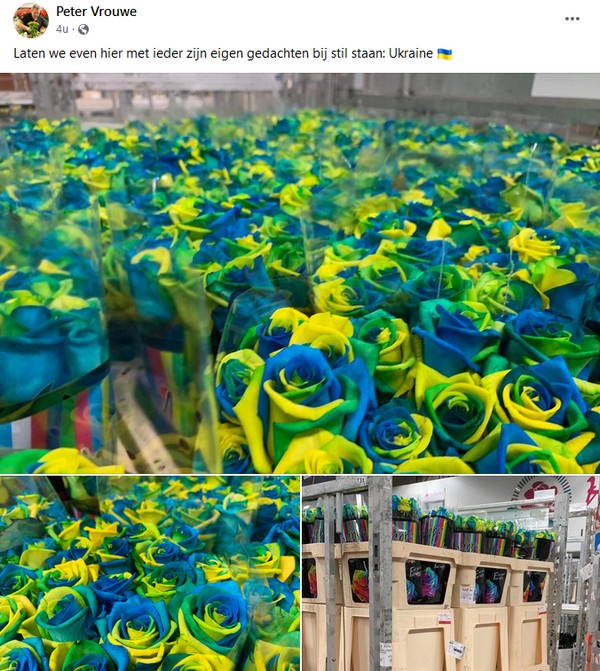 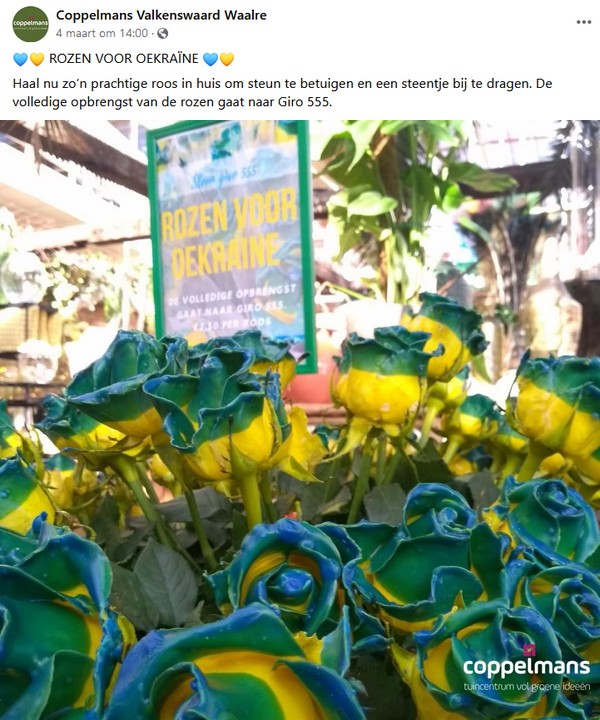