Only a couple of weeks have passed since Northern Europe was hit by three storms in a row. Damages to greenhouses have been reported all over the place, in the Netherlands, in Belgium, and the UK. Many growers have been struggling to get back on their feet, with constructors running from one greenhouse to another, rushing to get all the infrastructures back up and running.

At the same time, despite the hurdles, Emma Sumner-Wilson and Allwoods have been able to push through and keep operating. “The first storm was just bad weather, not a real problem,” she says. “It wasn’t until Friday when Eunice hit. That was the one that caused havoc.” 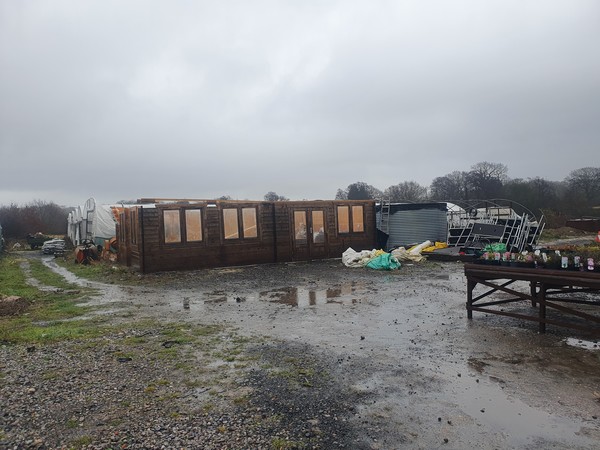 The storm week indeed started with Dudley, which was bad but did not cause any major disruption. The advent of Eunice was very well predicted, but few were expecting such major damages. “We have recently built this beautiful office building,” she continues. “During the storm, the roof flipped over and landed onto the greenhouse. Fortunately, the staff working inside didn’t get injured, and they came out intact.”

Unfortunately, even though that was the biggest damage, it wasn’t the only one. “Also some of our polytunnels got damaged,” she continues. “The plastic just went out. One polytunnel was installed only last November.” Emma anyway comes off as very cheerful and seems as if the same enthusiasm has been put in getting things on track. “We all rolled up our sleeves and got to work.” All the plants have been moved, and everything has been cleaned – even though there is the ‘minor’ inconvenience of the office roof on top of the greenhouse. “We’d need to replace the whole frame,” she says. “That’s why the roof is still over there, as it somewhat keeps the structure stable, and we wouldn’t know what would happen if we moved that.” 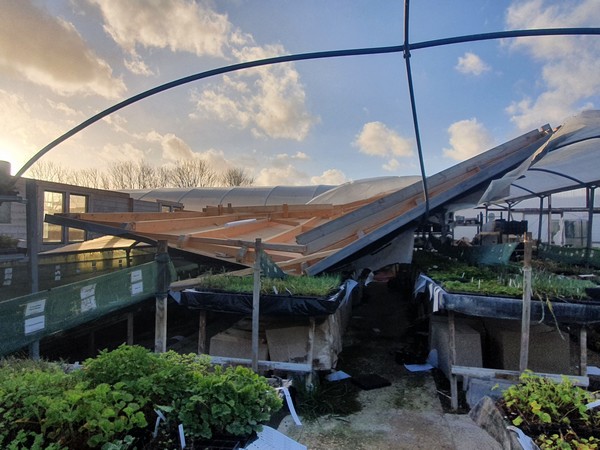 Women’s day was approaching, and flower demand had to be met somehow. With this in mind, Emma and Allwoods accepted that some plants were going to be lost, and kept pushing to save as much as possible. In a wonderful turn of events, Allwoods was able to get plants back on and to ship as many orders as they could. “We have to be very nimble on our feet,” she says. “We had to condense all of our plants into way, way fewer bays. We have plants everywhere now.” Even though some plants got lost in the process, it eventually is not that big of an issue for Allwoods. “We also propagate ourselves, so we are prepared for the eventuality that we lose plants,” she continues. “It is extremely handy that we can mass-produce items if they fail or anything else happens. As of now, the main problem is the lack of space.” 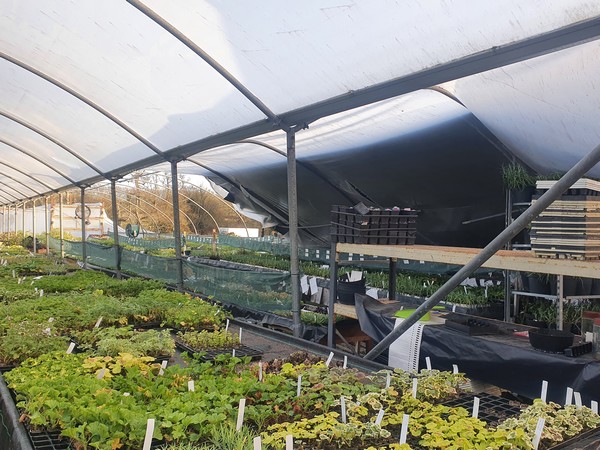 Emma points out that the company won’t be back to be 100% operational before the summer, considering that there are quite some damages to fix, and constructors are busy with repairs all over the storm-affected area. “I am not entirely sure as to how long this all will take,” she remarks. “We are still waiting for people to come over to give us quotes and estimates for the insurance claim.” There is indeed the hope that the insurance will cover some of the reparation costs, yet there are some things that Emma already knows she’d have to pay for herself. “I don’t think we’ll get anything for the plastic covers of the polytunnels. On the other hand, we are hoping they’ll compensate a bit for the greenhouse, because of the way the office roof landed on it. Though, to be honest, the greenhouse is an item that we can fix ourselves. If it costs to repair it, it’s fine. The problem is to replace the office, especially because it was so new and beautiful. I hope the insurance will settle on that, but you’ll never know what they’ll decide.” 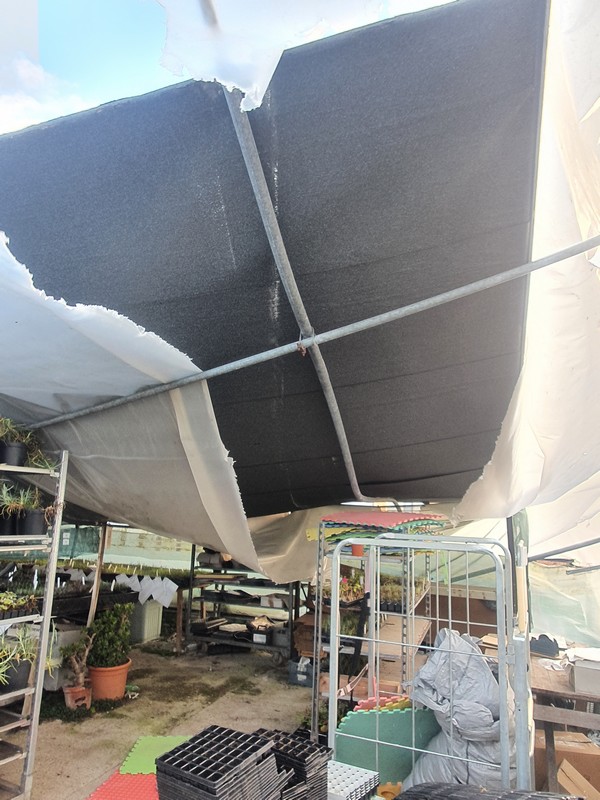 It is anyway very impressive that Emma and Allwoods were able to keep working through the damages. “It honestly has been going way better than I expected,” she says. “We got pretty lucky in the end, we didn’t lose too much, even if we got damage and chaos.” It’s important to point out that Allwoods wasn’t left alone. The community helped them get back on their feet, giving a hand with moving all the plants, but also by showing their support. “People's response has been terrific,” she says. “When I posted about the damage, people were really concerned, and they were very encouraging, giving me the determination to keep going. We had so many emails of comfort. They were really nice to read after days of devastation.”