Propagation: off to a healthy start

What fungicides control Pythium root diseases? How can I reduce the risk of damping-off in propagation?

From recent discussions with growers, it seems more are likely to be raising their own plants to meet at least some of their production requirements this season, rather than being as reliant on imports as in previous years. This advisory blog by Syngenta Ornamentals tells us more about successful propagation.

Whatever propagation system you’re using, and whether your starting material is seed or cuttings, one of the key challenges will be managing the risk of root diseases, particularly those commonly known as damping off which are caused by species of Pythium.

Damping-off really is a disease where prevention is better than cure – indeed, once a tray has gone over with damping off, it’s had it. By the time you see symptoms, it’s already too late and your only option is to bin it. 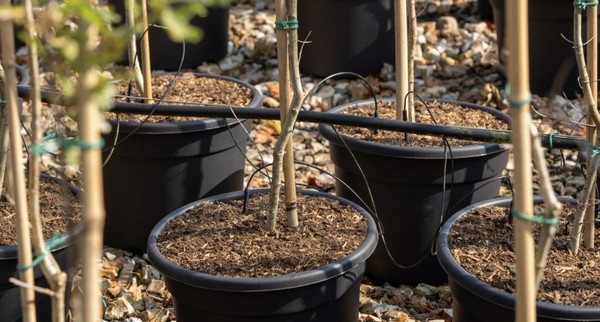 The pathogen
Pythium is an oomycete, a group of organisms we’ve met before in these blogs. Although they share some characteristics with fungi they are completely unrelated and any similarities have evolved independently. Many aspects of oomycete biochemistry are completely different, which is why only a few fungicides have modes of action that affect them.

Pythium spreads by spores capable of ‘swimming’ in the thin film of water that surrounds the particles in the growing medium, but it can also be transmitted by pests such as sciarid and shore flies.

Symptoms
The first signs of a Pythium infection on a crop in propagation range from leaf yellowing, wilting or stunting to complete plant collapse. Seedlings may fail to emerge, or do so unevenly across a tray; infected cuttings may fail to root.

Sometimes a light infection goes unnoticed but the crop will likely never make a marketable grade after potting on.

Prevention: cultural
As always your starting point is good nursery hygiene, paying particular attention to prop benches and other surfaces, and implementing an effective program against sciarids and other pests likely to carry root-disease spores.

Use a free-draining propagation medium and store it so it’s protected from possible contamination. Be aware, too, of any sources of contamination if you take cuttings or collect seeds from your own stock plants.

Use mains or treated water in prop units. It’s probably best to avoid recycling water in this situation.

Propagation, perhaps more than any other stage in the crop cycle, demands environmental conditions for strong, active growth. The skill is in striking the right balance in humidity and root-zone moisture levels that encourage growth without favoring Pythium or other root-zone or foliar pathogens. Modern environmental monitoring equipment, which we’ve talked about before in these blogs, is well worth considering, especially to help avoid an over-moist growing medium.

Prevention: fungicide application
Subdue is specifically designed to control oomycete root diseases. Its active ingredient is mefenoxam, the most active form of metalaxyl (you may see it written as metalaxyl-M, for example in databases and on the product label). It works by inhibiting the mechanism oomycetes use to translate genetic information to produce proteins. That makes it effective against several stages in the pathogen’s development, including the growth of mycelium and the formation of spores.

Subdue must be applied to the growing medium – either as a drench or by incorporation – from where it is taken up by the roots and moves systemically within the plant. It’s active against oomycetes that may be present in the growing medium as well as in plant tissue.

We’ve talked in previous blogs about trying to cut spray volume rates to keep more active ingredient on the leaf. When using a drench, however, you actually want to wash the fungicide off the leaf into the root zone, so this is one instance where you need a relatively high application volume. The label recommends drenching with between 6.25 and 9.4ml of Subdue in 100 litres of water and applying a total spray volume equivalent to 10% of the volume of media in the tray. Apply when the medium is already moist, as this will aid uptake into the roots, and give a burst of overhead irrigation immediately after to wash the active off the leaves and into the root zone.

Ideally you should aim to get an application on early, before any disease present takes hold. We all want to keep our use of chemical fungicides to a minimum but in the case of oomycete root diseases, especially in propagation, one preventive application early on may save the financial and environmental costs of a wasted crop.

Another option is to incorporate it before filling trays or pots – by spraying the required amount over the medium and mixing through as evenly as possible.

Subdue is effective against oomycetes but remember fungal pathogens can also cause root damage during propagation. Treatments against these include Trichoderma-based biofungicides such as T34, supplied by our partners at Fargro, which can be used preventively in conjunction with Subdue.

With regard to integrated crop management, Subdue appears not to harm soil-dwelling predatory mites, insect-killing nematodes (such as Steinernema feltiae) and biofungicides based on the bacterium Bacillus subtilis.