Imagine, you have an edible plant and a renowned chef is going to work with it, isn't that nice advertising?!

It happened to René Knijn (Head of Sales of Hem Genetics) with the Tagetes “Dropshot”, which now provides the Michelin star desserts of Gerard Wollerich of restaurant ‘Wollerich’ in the Netherlands with an extra flavor dimension. 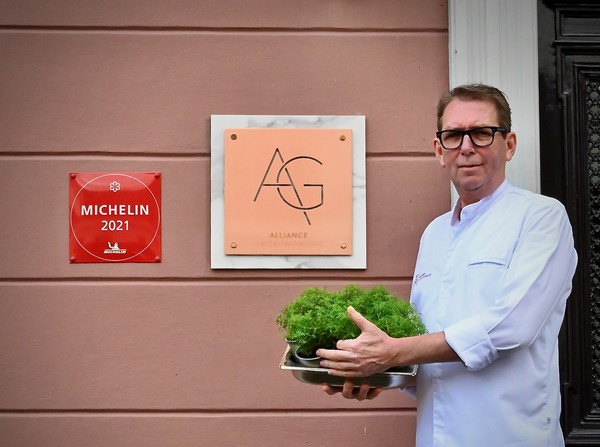 “We frequently use other herbs in the kitchen of course, primarily the more traditional varieties such as tarragon, laos, laurel or basil,” Gerard says. “René, a brother-in-law of mine, came by once with this licorice plant in the back of his car. He let me taste it and that was indeed a surprising experience”.

“A cook wants to surprise his guests with scents and flavor, which is clearly possible with a plant like this”, he continues. “First René gave me a somewhat older plant which did have that remarkable taste, but I was more or less ‘chewing’ on a branch. However, the next time he let me taste a somewhat younger plant and that really made sense. So I told my boys ‘Can’t we make a nice dessert dressing out of this?’. And so they did and I think we have some really cool combinations on the menu right now.” 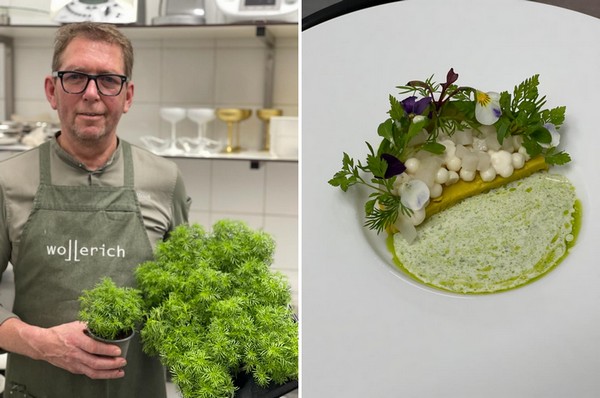 Beside being owner ánd chef in his own restaurant, which has been awarded a Michelin star for almost 30 years already, Gerard is also chairman of an association of in total 45 óther Michelin star restaurants. With all this experience in the bag, Gerard has developed a keen nose for new developments in the gastronomic kitchen.

The Tagetes “Dropshot” belongs to the marigold family (Tagetes filifolia) and with its licorice/anise-like taste it is very suitable as an “edible ornamental” in mixed pots with other herbs and flowers. 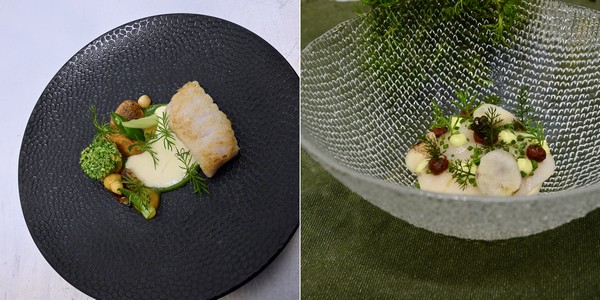 Hem Genetics specializes primarily in pot and bedding plants, but also has a small range of herbs, including dwarf purple-leaved Basil ‘Purple Ball’, a lemon balm with a tangerine scent ‘Mandarina’, a fragrant thyme with a hint of citrus/orange ‘Orangelo’ and a number of heart-shaped patio tomatoes.