UK: "The demand for rosemary and lavender is very strong" 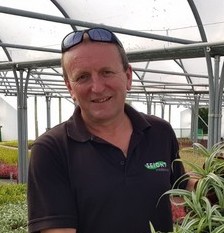 Despite the many global challenges that floriculture is facing, the demand doesn’t seem to slow down. This is especially true in the UK with regards to rosemary and lavender. “The demand for these lines is very strong,” says Neil Alcock of Seiont Nurseries. “We supply them as plugs in May, and P9 in July.”

Currently, Neil and Seiont Nurseries are growing 25,000 plantlets of lavender and rosemary. “On top of that, there are 30,000 plantlets of Salvia, and 50,000 of Coprosma, all supplied from our URC suppliers in Israel,” adds Neil. “We have a lot of home-produced cuttings, including Hebe and Sambucus too.”

Cuttings produced by Seiont Nurseries are very much sought after amid this demand increase. “There are many larger UK customers who don’t propagate, and smaller customers who cannot import due to size,” he explains. Neil says that their cuttings come from Hishtil, one of the world leaders in lavender production companies. “Their product is consistently of the very best quality and highly healthy. They come week 10 in perfect conditions for rooting and then selling quickly.” 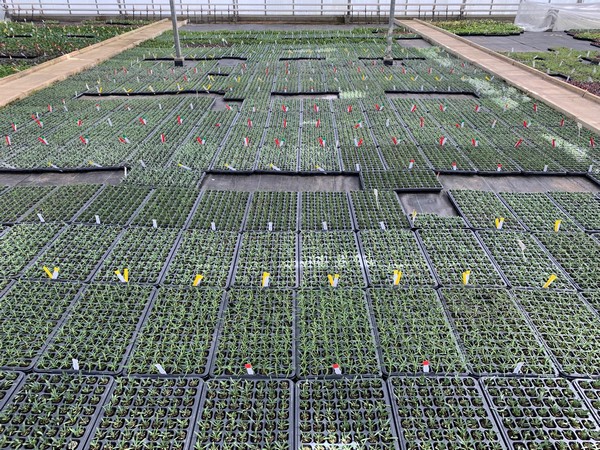 Yet, only UK growers are appreciating Seinont's Lavandula cuttings, as the company can no longer ship them to the EU. “We supply customers of all types, mainly with our 3.5cm plugs, these are quick to establish and grow well.” Neil has noticed that Lavandula Hidcote is the most sought-after item. “But I really like the Phenomenal,” he points out. “Meerlo is another nice, new variety, which we have high hopes for.”

Now, new crops are coming up from the tissue culture. “200,000 Heuchera, including Frilly which is being launched at Chelsea after a 1-year delay. Then, 30,000 Agapanthus, 30,000 Cordyline, an also Geranium Rozanne and Eryngium Big Blue, and Neptunes Gold, which are both top sellers!”

It doesn’t come as a surprise that Neil and Seiont Nurseries are always super busy, and makes you wonder if they ever get a moment of respite. “There never seems to be a quiet time for me!” he chuckles. “Production is busiest during weeks 2 to 24, while deliveries in weeks 12 to 38, and marketing during 22 to 48.”