"I don't need to shop around for screens"

Arcadia is currently building a second, newer greenhouse on the Hoefweg in De Lier. The glasshouse at this location will be over eight hectares in size. Which is exciting since these are uncertain times, but the expansion was already planned and drawn up a few years ago. Moreover, Bert van Ruijven and his colleagues are not afraid of a few meters of glass. After all, with 6 locations and 25 hectares of production, this is not their first building project. 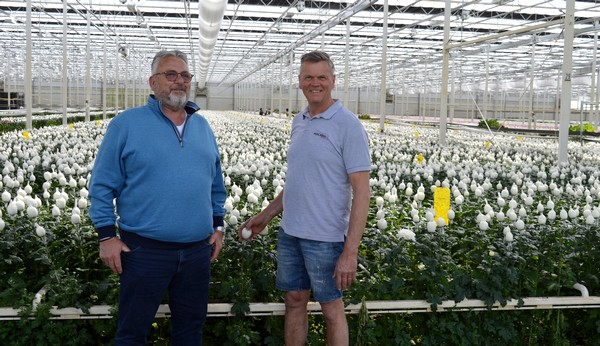 Given the current energy prices, the cost aspect has extra priority, while an increasingly sustainable way of growing is also central. And that is no longer an empty phrase for Arcadia, or for any grower for that matter. "In the chrysanthemum business, we especially see an accelerated switch to LED," says Bert. "Of course, there is the issue of the costs, but given the current energy prices, you have to spend the money."

LED is what screens used to be
Something similar applied to screen installations in the past. These days, hardly any greenhouse is built without them, but until the mid-1980s, they often got no further than 'pulling a foil' to keep the heat in and in the chrysanthemums to darken the room. A series of crises in the 1970s and 1980s was then a similar push for the climate screen as today's energy prices are for lighting, and it was then that the installation of (climate) screens began to make serious headway. 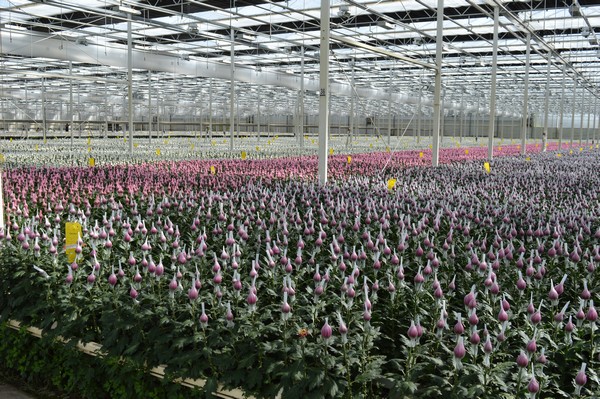 The sun does its work well

This is what Piet Rensen of Peter Dekker Installaties (PDI) tells us when he comes on site to inspect the progress of the construction work and reminisce with Bert. Piet has been working for PDI for almost as long as the company has existed. First as a subcontractor together with a business partner, and later as a foreman. In recent years, Piet has become responsible for planning. Bert has been a customer since the very beginning, and now, on the eve of his retirement (Piet is 67), he is coming to hang up another (double) screen.

Tyvek
"The first cloth was a tyvek, a silver-grey dark cloth," says Piet. "That was the successor to foil, as it were, but of course, a lot has been developed over the years since then. One of the things that PDI always had (and still has) was the pull-wire system. Because of rust and intensive use, the first systems with the old iron wire were often literally a hitch. We developed it in such a way that problems were less frequent, and if something did break, we made sure it was repaired." 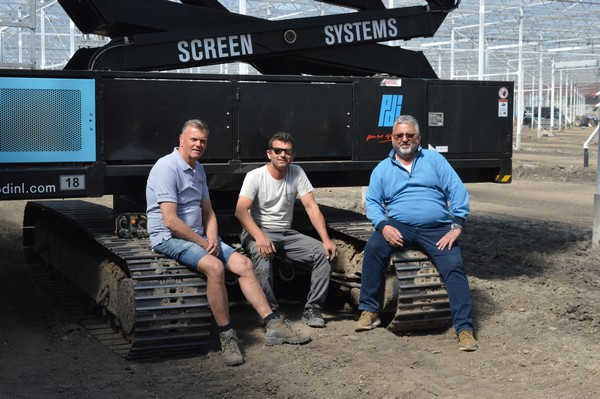 Centre: Dylan Robbemond from Robbemond Scherming, working here as a subcontractor for PDI 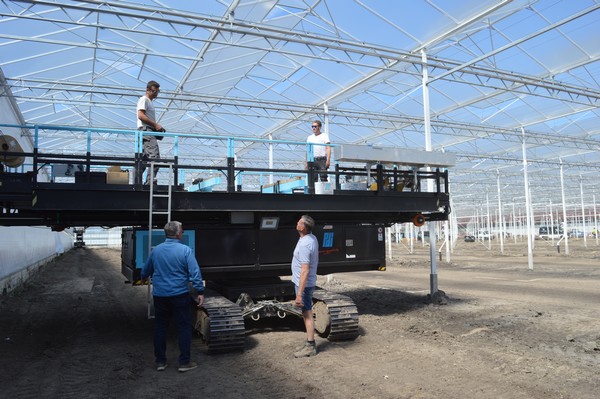 The aerial work platform is relatively new. The platform can be extended to all sides, up to a maximum platform surface of 64m2(!)

Bert can confirm this. As already noted, he has built more than one greenhouse over the years; all the extensions and relocations added up. "That is why I have done business with just about all the major parties in terms of construction, electricity, climate, and all the other work at one time or another, but as far as the screen is concerned, I have always gone to PDI. No funny things with prices, the guarantee is the guarantee, and if something breaks down, they are on hand quickly."

Exciting times
A double screen has also been installed in this latest new building, but the crisis is not only looming in production. The installer still has a few projects in the pipeline for this year, but uncertainty is growing as the next year approaches. "Companies that have money in their pockets are willing to go for it," Piet says, "but you're not going to spend your last penny on it right now. We see that throughout horticulture, including in chrysanthemums." 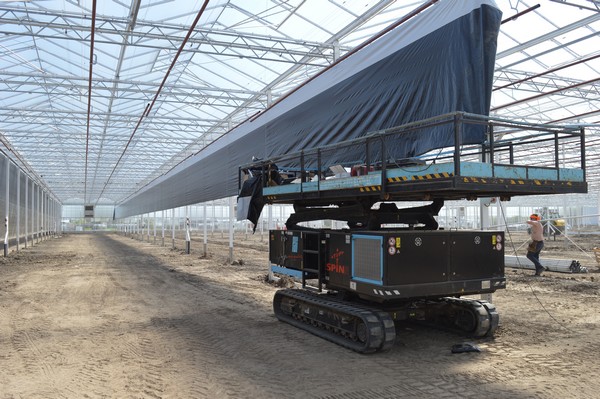 A little further on, an older model of the aerial work platform is also used. Here, a dark screen is mounted, which is necessary for the chrysanthemums to be able to darken each section.

There is plenty of experimentation with 'economical': with less SON-t/more LED, but also in the cultivation itself and on every conceivable input. With each step, you make a little sacrifice, while production and quality may, of course, not be compromised. However, as long as the flowers are paid well, the sector will keep on going. Bert and Piet won't be giving up any time soon.