The first four Dutch Lily Days were held in May. In 2015 it was decided to move them to June, just before the Flower Trials, and this change proved to be a success. The Dutch Lily Days are being organized for the tenth time this year, and the number of visitors has been growing progressively. After the Corona interruption that lasted two years, the participants are delighted to be able to open their doors again.

The opening of the tenth edition is being organized this year by and at VWS Flowerbulbs for the media, guests, and fellow professionals. This Dutch Lily Days participant is proudly celebrating its 50-year jubilee in 2022. On Tuesday morning, June 7, the opening of the Dutch Lily Days will take place with the christening of a very promising new lily. 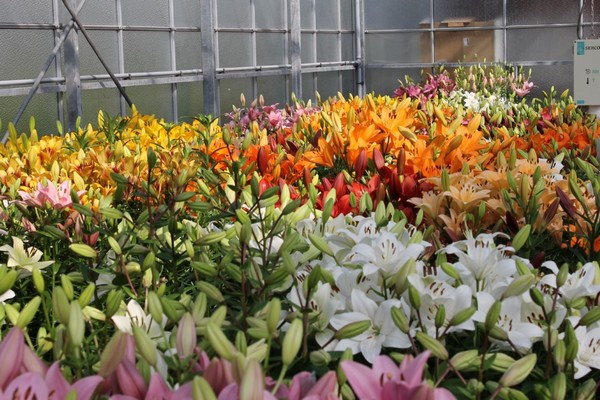 The stunning white OT is being christened by TikTok-star Xiaoxue, which is the clearest possible reference to renewal and innovation in the lily market. The launch of the 10th Dutch Lily Days on June 7 at VWS in Broek op Langedijk will additionally be graced by Linda Meester. This talented North Holland singer shows that people in both the entertainment and the lily-cultivating industry must watch out for promising newcomers even in a time of established names.

Along with various other festivities, the christening on June 7 will be the start signal for the event. “In the past years, we have continued innovating. We are very enthusiastic about sharing these developments with the collective of participating companies during the Dutch Lily Days. By highlighting each other’s strong points, we are creating a strong presence in the international trade,” added VWS Flowerbulbs.

More information is available at www.dutchlilydays.com