Tholen - "The only way out is off the gas." A cold shiver might go down your spine involuntarily when hearing this morning's news that by 2026 consumers will no longer be allowed to replace their old central heating with a new one. It fits a clear and inevitable trend, Adrie Bom-Lemstra, chairman of the Dutch Greenhouse Horticulture Association, told the audience gathered at the Energy Event in Bleiswijk last week. "We have to get to it together," added Inge Lardinois, policy officer at LNV. 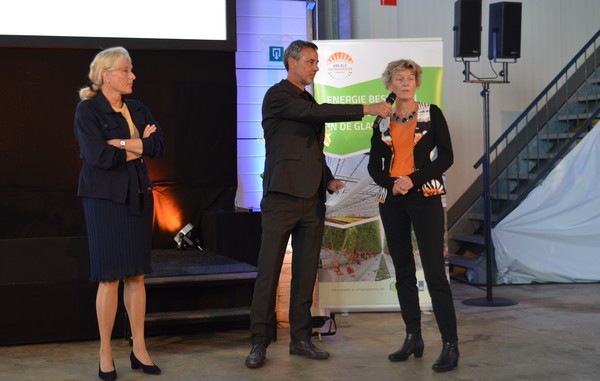 During a joint opening address, both ladies were interviewed by Eric Poot of Wageningen Plant Research (WUR). They spoke about the mutual communication between the greenhouse horticulture sector and the government and discussed the objectives set in a recent letter from the Minister to Parliament (entitled 'Coherent Glasshouse Horticulture Package'). This letter offers 'direction to the sector and horticulturalists to achieve their ambition of being climate neutral in 2040'. Adrie Lemstra, in particular, had some questions about the relationship between goals, instruments, and timetables. This is lacking or at least not clear, and she could not resist asking: 'How?' 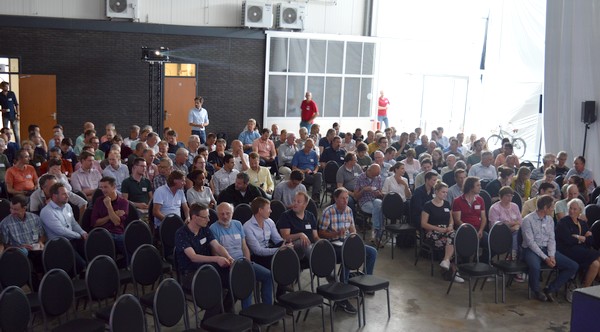 However, the focus of the well-attended meeting, which was no surprise given the subject matter, was not on political decision-making but on the exchange of concrete opportunities for greenhouse horticulture in general and growers, in particular, to make their crops more sustainable. As usual, there was a series of workshops in which the latest tests and developments in the field of LED lighting, heat recovery, fossil-free growing, the New Way of Growing, and more were discussed. Researchers of Delphy and WUR Glasshouse horticulture, as well as various experts from the field, shared their findings. 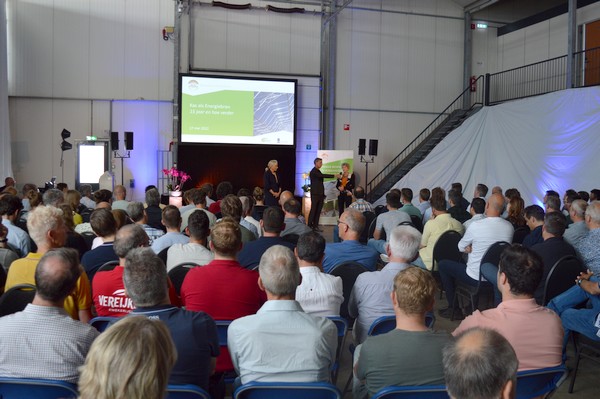 A special part of the program was set aside for a review of '15 years of the Greenhouse as a Source of Energy'. On behalf of The Netherlands Greenhouse Horticulture, Dennis Medema listed the achievements. Thanks to years of lobbying, starting with the Reduced Energy Tax on Boiler Gas, the sector has secured many millions in discounts, allowances, and subsidies. In addition, a great deal of knowledge has been gained and energy saved, always in collaboration with the entrepreneurs. One should think of HNT, digitalization, dehumidification, LED lighting, more economical administration of CO2, screens, and chalking, etc. In addition to all this, CO2 emissions have been reduced by 25% when compared to 2000. 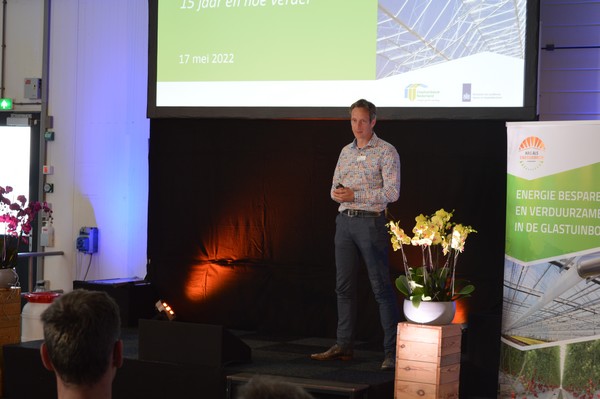 The program has been widely supported by the sector for years. It is therefore intended to continue, all the more so because the 2040 vision must be given shape and substance. The so-called preconditions, the interrelationships that Adrie Lemstra was talking about, must be given a more concrete form, after which they must be implemented by the sector. Perhaps 'Kas als Energiebron' can help set the course for this, whereby the accent will logically shift from knowledge development to implementation.