China: Many cross-regional flower deliveries during "520"

Mr. Wang and his wife are both medical workers in Shanghai. During the pandemic, they threw themselves into different makeshift hospitals at the beginning. It has been nearly two months since they have seen each other, and occasionally they call each other during breaks to cheer each other on. 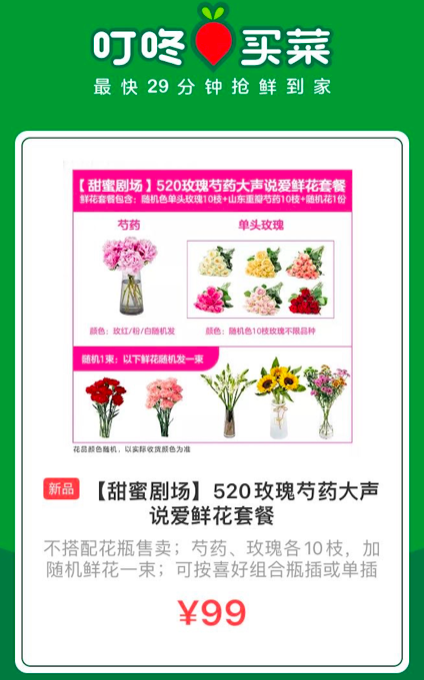 There are many other cases like Mr. Wang. Mr. Yang and his girlfriend in Shanghai originally planned to start their wedding preparations in May this year, but the sudden outbreak interrupted all of this. He himself has been busy with work. Thanks to "520", he also ordered a bunch of "champagne roses" for his girlfriend through the Dingdong platform.

According to the introduction that this year's special "520", many users in Shanghai and Beijing who are at home have chosen "cross-regional flower delivery", and ordered a bouquet of roses online for lovers or family at home. To this end, Dingdong has prepared red roses, pink gradient roses, champagne roses and other gift flowers and daily rose bouquets this time, and also launched a new 99RMB (symbolizes eternal love) rose and peony "520" package, which includes roses, peony and other random bouquets.

As we all know, due to the impact of the low-temperature weather at the beginning of this year, the growth time of many flower producing areas has been postponed, coupled with the impact of some severe weather and the pandemic, resulting in an insufficient supply of roses in the market this year, and there has been a general price increase. And all the roses of Dingdong come from the direct sourcing base in the main flower producing area of ​​Yunnan, which can better stabilize the quantity and price. At present, the price of flowers on the platform is the same as in previous years. The whole process of cold chain transportation, it only takes 48 hours from harvesting to delivery to the warehouse in Shanghai, which ensures the freshness of flowers and a longer flowering period to the greatest extent. 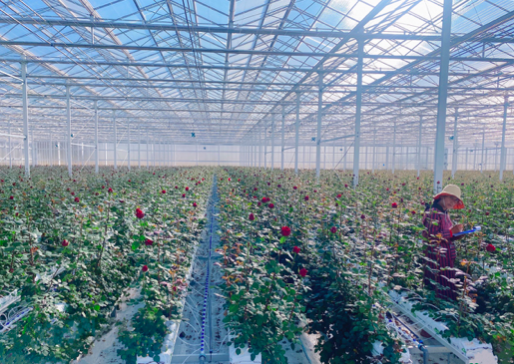 From May 18th to 20th, the overall pre-sale volume of roses on the Dingdong platform doubled compared with the same period last year, of which the pre-sale volume in East China has exceeded one million brunches, and the rose set was sold out before the 19th; the pre-sale of roses in Beijing exceeded hundreds of thousands.

In addition to roses, more affordable flower materials and green plants are also on the shelves. On May 19, Dingdong opened a new "balcony garden" combination package for pre-sale in Shanghai. It includes 1 pot of gardenia and 1 pot of Chinese rose, as well as randomly matched potted flowers such as mint, rosemary, Centella, and Kalanchoe. "With the resumption of work and production, there will be more spot flower materials on the shelves in the future to better meet users' pursuit of a better life," said Dingdong.