After a year into the planning, the grand unveiling of The Garden of Exaggerated Beauty, sponsored by Provender Nurseries and designed by Steven Davies, took place on Thursday 19th May, on a sunny day.

The garden was opened with a performance by Drag Queen Sissy Lea at Capel Manor College during a Patron’s Day tour. 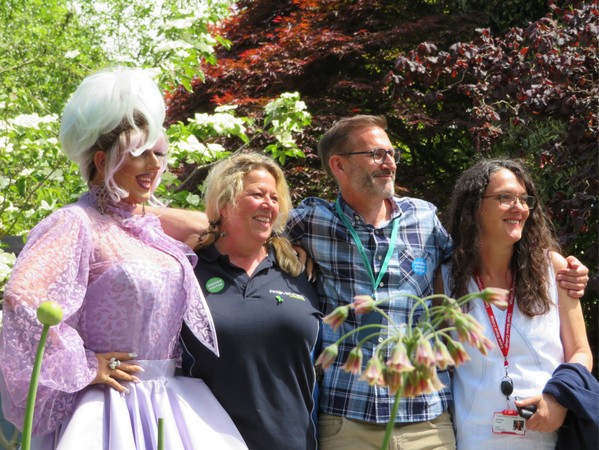 With a large audience in attendance, including many patrons of the college and students, Sissy Lea performed songs in The Garden of Exaggerated Beauty which celebrates the contribution of Drag Queens to the LGBTQ+ community and culture.

The Garden of Exaggerated Beauty is the result of a design competition held by sponsor Provender Nurseries launched in 2021 and won by Steven Davies, a final year student of Level 3 Plants and Planting Design at the time of winning.

The garden was selected by a panel of three judges due to the originality of the design.  The design is based around a small Drag Queen bar with a catwalk, dance floor, and main stage with the Lonicera, Teucrium, and Pittosporum balls representing the sculpted shape of the adoring crowds on the dance floor and the Astelia representing the outstretched hands of the crowd with the central path being the main catwalk to the stage with the Cornus Venus at center stage. 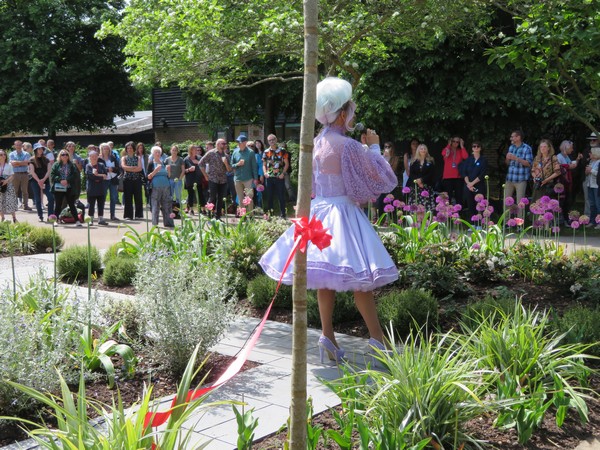 The garden is to be used as a teaching resource by introducing and showcasing new plant introductions and new plants previously not used on campus.  Particular plants of interest to students are Albizia julibrissin Summer Chocolate, Lonicera nitida Scoop, Inkarho Rhododendron / Easydendron, Pittosporum Bannow Bay, Teucrium fruiticans and Astelia Silver Shadow and Son of Red Devil.

The show garden is the third garden sponsored by Provender Nurseries to be built in conjunction with Capel Manor student garden design competition winners.