The British Asian landscape designer Manoj Malde has spoken of “creating connections” as part of his new role as an ambassador for the Royal Horticultural Society (RHS) with a remit for “inclusivity” that was announced at the Chelsea Flower Show on Monday (23). That was the day the Queen, who is a patron of the RHS, toured the show in a specially adapted golf cart and admired floral tributes to her Platinum Jubilee.

The Queen at the Chelsea Flower Show on Monday (23) (Photo: RHS / Luke MacGregor)

Malde has been recently appointed as an ambassador for the Royal Horticultural Society. His mission is to get ethnic minorities to visit such RHS shows as Chelsea, Hampton Court Palace, and Tatton Park, which he said are currently “perceived” to be the exclusive preserve of the English upper and middle classes. The RHS now has over 600,000 members, with numbers growing over the pandemic when many discovered solace and mental peace in getting closer to nature and the soil.

The UK is said to have 30 million gardeners, including British Asians, but the latter are conspicuous by their absence from Chelsea and other RHS shows. Malde made the point that the doors of the RHS are already open, but the organization needs to do more to make the ethnic minorities aware that all are welcome and British Asians “should not be afraid” to come to events like Chelsea. 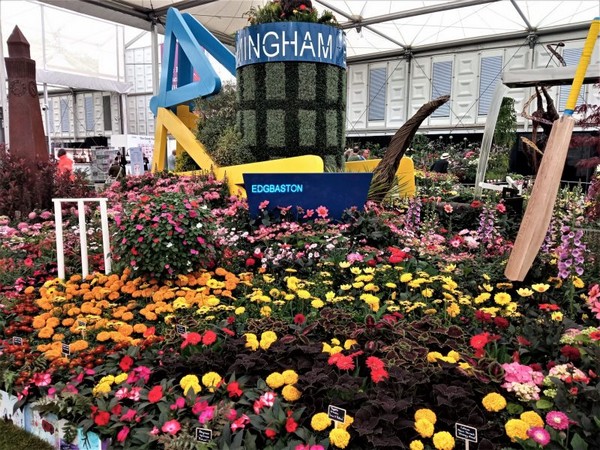 On British Asian engagement, he has some ideas: “There are amazing Asian businesses out there. Wouldn’t it be lovely to see some of those businesses sponsoring gardens at the show? I would love to see somebody like Tata Steel maybe featuring and sponsoring a garden here.”

Read the complete article at: www.easterneye.biz