Russia's Gazprom cuts off natural-gas supply to the Netherlands

Yesterday afternoon, May 30th, it was announced that the Dutch company GasTerra will not be supplied with natural gas by the Russian state gas company Gazprom with immediate effect. Gazprom said it has cut natural-gas supply to the Netherlands since GasTerra refused to pay in rubles. What's the effect on a market that's already dealing with the burden of high energy prices? 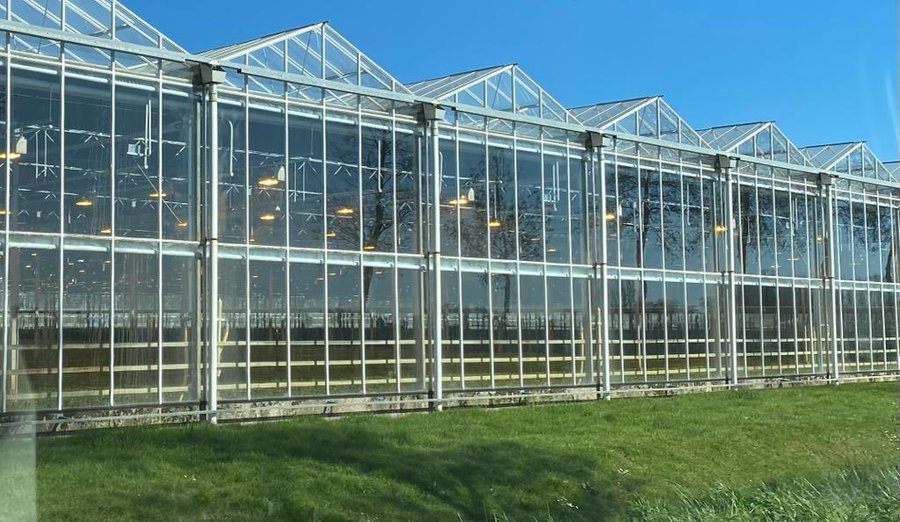 Last months
The Dutch gas price has been reacting sharply to news of supply for months. On the 31st of Mya, the gas price on the Title Transfer Facility, the Dutch gas trading platform that plays an important role on the European energy stage, opened higher than it closed the day before. The daily gas price for July opened some €3 per megawatt hour higher and then hovered around €94 between 8 and 10 am. Not yet the peaks we saw last winter, but an increase on top of already high prices.

The gas price for 'winter 2022' until May 30th on the Title Transfer Facility, the Dutch gas trading platform. View the current prices here.

2 billion m3 contracted gas
GasTerra, which thus refuses to comply with the Russian ruble requirement, indicates that on 1 October, the contract with Gazprom expired anyway. About 2 billion m3 of contracted gas will not be delivered now. GasTerra says it has anticipated this by buying gas elsewhere. Everyone understands that this gas also comes at a price.

The Netherlands is fully committed to bringing in liquid LNG as an alternative to Russian pipeline gas. This gas is expensive and cannot be bought for the 18 euro cents per cubic meter, for which it was available until last summer. Because European countries have an obligation to fill their gas stocks before the winter, the Russian decision means that filling the stocks, which have to be 80% full before it becomes winter, becomes more difficult, said Dutch Minister Jetten. He hopes that the storage facilities will be filled in time and is counting on liquefied gas from other countries (i.e., the US and Qatar). He will provide more clarity on this soon.

Stable and high
It is the umpteenth event in an eventful year - but in essence, this news is not so bad, says Bart Setz with horticultural advisory company bQurius, specializing in energy advice. "So much has already happened that the price is already stably high, and, in theory, with this news, there will be no gas. The 2 billion cubic meters less that is coming our way has already been covered via another route, so physically, it doesn't make much difference. What we do see is that every time news comes out, sentiment reigns, and buying behavior is shown. That drives the price up, and the market also opened 2 to 3 percent higher today."

The replenishment of gas stocks for the winter does not seem to be in danger yet due to this limited reaction. But the war in Ukraine is not yet over and can continue to cause uncertainty in gas supplies to Europe. What growers will do this autumn strongly depends on their own energy profile. "Many are looking at the summer. If it doesn't get any better, some will plant thinner or not even plant at all, but if it's better than expected, they'll go full steam ahead."

Prices for winter
On the other side of the greenhouse, the sales organizations in the vegetable sector are busy making sales agreements for the winter. Traders told us earlier that what is not paid for is not put on the market. The gas price is also often mentioned in the contracts: if it remains high, the selling price will also be higher. "But if the gas price remains this high, it will not be sustainable indefinitely for growers. A year like this is really very unpleasant, but the longer it goes on, the more growers will be forced to give up", Bart expects. This also applies to the ornamental plant cultivation sector, which now accounts for some 50 percent of bQurius' clientele.

"The vegetable companies can switch to unexposed cultivation more easily and can even benefit from higher electricity prices. That is not possible in the ornamental plant cultivation sector." They are also playing it safe a bit more in terms of gas purchases. "And we can see everywhere that energy-saving measures are being taken more quickly: Growers are switching to LED faster than they had thought. They can then continue to provide lighting throughout the winter at slightly lower costs, and if you do the maths, it is also bizarre how quickly the switch from HPS to LED can be earned back. The energy costs are still considerably higher than a few years ago, but if you don't make the switch, they will be even higher. LED really can be a lifesaver at the moment."

No drama, just haste
"There are plenty of ideas. Solutions are on the table, but it is a race against time", Robert-Jan Post of advisory company DLVge knows. Commenting on the minor increase in the gas price this morning, he says this scenario was more or less already taken into account. "The current energy prices have been driven up by the accumulation of news in the past six months. It all started with the postponement (and later cancellation) of Nordstream 2 and the maintenance of the gas pipeline in Norway. All such news items are passed on in the prices. And this is one of them."

However, Dutch horticulture is given very little time to anticipate the higher gas prices. He does not expect horticulture to have disappeared from Dutch soil in five years, but haste is called for. "Solutions can be found in energy technology and cultivation techniques. There is a strategic plan ready in which geothermal energy, residual heat and electrification (heat pumps), wind, and solar energy will play the main roles. It will be a mix of these forms of energy. And if that can be combined with, for example, LED light and multiple screen cloths and other cultivation techniques in the area of dehumidification, energy is saved, and success can be achieved."

Growers respond
Those who are dependent on day gas do feel the consequences directly. This was also confirmed this morning by whoever you spoke to from the greenhouse horticulture sector, although they also reacted rather coolly to the news. On behalf of Glastuinbouw Nederland, chairman Adri Bom-Lemstra was heard on NPO Radio 1 explaining that some growers, estimated to be around half, are already feeling the effects of possible higher gas prices as of today. The past few days, it has been relatively 'cold' for the time of year, and it costs (extra) money to keep the greenhouse climate right for the crops.

Flower growers
Whereas the large vegetable growers have now reached the point that they simply will not set up any more plants if it is not possible to draw up a reasonable cost estimate, the situation is more uncertain in the case of flowers. They are less collective, not to say autonomous. This applies to roses, for example, which, as will be the case for many crops, sees dark clouds gathering.

"If you don't have a position, it will be very difficult next winter," says rose grower Hans van den Ende, Van den Ende Roses. Of course, it is impossible to say exactly what will happen, but under more or less the same conditions, the 'going cold' of a substantial part of the production is not inconceivable. Whether this is as dramatic as it seems remains to be seen. "I spoke to one grower who has turned off his heating and now said, 'I'm going to do that every year from now on,' but of course, not everyone thinks so."