Just like people, plants have a range of viral relationships and diseases. Plant viruses are ultra-small RNA or DNA-based entities, and they usually can survive only in their plant host and specific vectors. Vectors spread viruses between plants – mainly through insects (aphids, thrips, beetles) that feed on an infected plant, and when they move to another plant, they carry the infection. Mites, microscopic soil nematodes, and fungi can be vectors, too. Some viruses that cause serious damage to plant health and vigor may, at times, circumstances and in other host plants, have no symptoms and no visual impact, but their genome can be detected.

Unlike mammals, plants do not possess immune systems that produce antibodies. Instead, practically speaking, every plant cell defends itself using an arsenal of molecular mechanisms. Resistance is understood on the genetic level as the presence of the genes that give it this capacity. When an individual plant carries a gene(s) of resistance to a specific virus, it causes a cascade of molecular reactions at the physiological level such that the plant can localize the virus infection and stop the further spread of the virus particles. 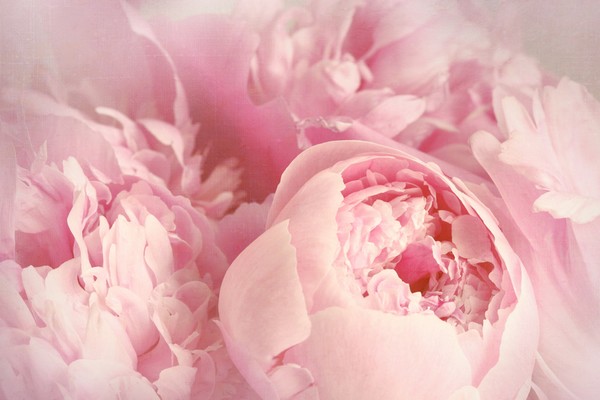 Which viruses affect peony plants?
Several viruses that infect peonies are reported in the literature, and the list is growing. This trend probably reflects that the molecular tools to identify viruses are increasingly powerful, allowing the detection of viruses that are mostly symptomless to the human eye, not that peonies are suddenly vulnerable. Among the most commonly reported viruses for herbaceous peonies are Tobacco Rattle Virus (TRV, Tobravirus, Virgaviridae) and Cycas Necrotic Stunt VIrus* (CNSV, Nepovirus, Secoviridae).

Other viruses reported on herbaceous peonies include:

Multiple viruses can simultaneously co-infect the same plant. It is proposed that particular infection mixes could cause the examples of stunted peony plants and reduced (even no) blooming seen in some specimens.