Greenhouse horticultural cooperation between India and the Netherlands gains speed

Almost 8 years ago, the Indian and Dutch governments signed a Joint Action Plan (JAP) in which it was agreed to set up various Centers of Excellence (CoE) in India in which Dutch greenhouse technology would be demonstrated and compared with existing Indian greenhouse technique. The purpose was to improve the yield while decreasing the use of water, fertilizers, and pesticides.

To achieve these objectives, CoE´s with high-tech greenhouses were designed for various states throughout India. 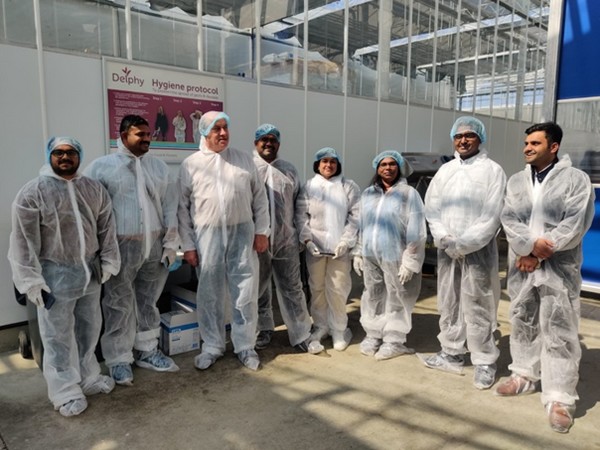 In these greenhouses, crops are and will be grown using Dutch technologies such as crops grown in a substrate, climate computer regulated climate by movable ventilation, extra artificial ventilation, automatic screening, fogging for relative humidity (RH) control, recycling of drain and irrigation water, computerized steering of irrigation and fertilization, insect net screening and use of the latest Dutch varieties.

The 1st CoE opened 4 years ago in Baramati, Maharashtra, for vegetables, followed by the 2nd one in Bangalore, Karnataka 3 years ago, also for vegetables.

Due to Covid-19, the project came almost to a standstill for 2 years but has been resumed now. 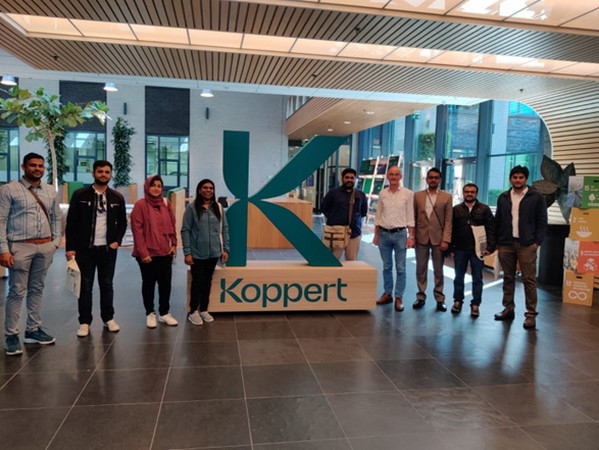 The 3rd was opened beginning of this year in Talagaon, Maharashtra, for flowers. The 4th CoE is now being constructed in Wayanad, Kerala, for both flowers and vegetables. The team of 6 persons who will be responsible for running the Wayanad CoE is being trained in the Netherlands on Dutch crop technologies and operating the High-tech greenhouses.

The fifth CoE has been designed for Doraha Punjab for flowers with planned realization end of this year or early next year. It will soon be tendered by State Horticulture Mission (SHM), Punjab.

The plans for the CoE´s are being made in cooperation between the various SHM´s in the Indian states and PUM, the dutch governmental organization of experts with specialization in horticulture. Support of PUM covers advice and support in the design, development, realization, startup, and operation of the CoE´s. This is all for free as agreed between India and the Netherlands. 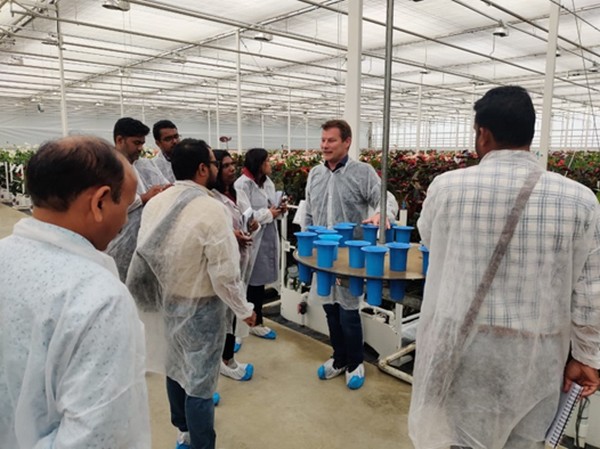 Last month a team of dutch PUM experts visited the various CoE´s and conducted a training day for all CoE´s involved so far, where experiences obtained were exchanged. The teams were enthusiastic and showed the project is on the right track.

Mr. Narendra Modi, Prime Minister of India, is convinced of the usefulness of the CoE´s and has expressed his interest in creating several new CoE´s before the year 2026. This will intensify the horticultural cooperation between India and the Netherlands and make sure the goals as set forward in the JAP will be achieved. The CoE´s will also open the road to India for the dutch horticultural supply companies. 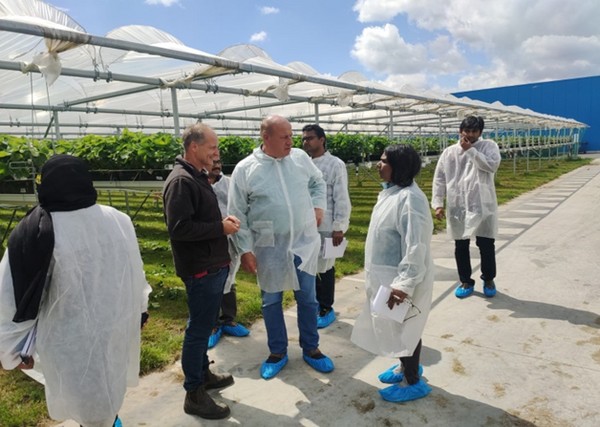 About the training program for the Indian CoE team
The training program on Horticultural value chain was conducted by Delphy for the Kerala team of CoE, which is coming up in Wayanad in India from 1st to 29th May 2022. Delphy is an internationally branded organization with knowledge and expertise in advisory, training, and research in Horticulture, based in the Netherlands. The training was scheduled to cover various aspects of High tech horticultural farming, including technology, production, extension, marketing, advisory and legal compliance. The participants consist of 6 Indian officials from the Department of Agriculture and Kerala Agricultural University, as well as 3 representatives of the CoE implementing agency, Saveer Biotech Limited. The training program was packed with a range of activities, including expert lectures, learning visits to the field and companies, stakeholder interaction, and hands-on sessions on technology use.

The program was entirely a new experience for the participants. Training sessions mainly focused on exploration of the content by the learners themselves rather than an instructor led classes. Plenty of field visits and learning visits to various production companies, producer firms and exhibition venues were arranged to sensitize the participants about the potential of the High-tech horticulture and the way it is practiced in Netherlands. Further, it gave an idea about the various partners in the horticultural value chain including producers, research and development agencies, technology and support service providers and marketing firms.

Moreover, the visits and interaction helped to get insights about the enabling environment in this country, which is conducive for promoting agricultural innovations and an entrepreneurial ecosystem. It is also worth mentioning that the expert lectures were mostly focused on the fundamentals of High-tech farming which are readily applicable in the management of crop cultivation in a poly house. Most of the learning visits to the horticulture companies (Eg: Anthura, Koppert Global, Priva, Rijk Zwaan) were quite interesting, since these firms were global players in their respective fields.

Overall the training helped to build knowledge of the participants in the area of High- tech greenhouse production. Training activities helped to gain rich experiences, new perspectives and more insights about Dutch way of advanced production system and its prospects in yielding better profits.