Among the plants submitted are a new thornless rose, a sarcococca suitable for any soil, and a new Festuca, which is hardy down to -20°c and drought tolerant.

Andy Johnson, Managing Director of Wyevale Nurseries, says: "Our 2022 entries include some that are great for pollinators and some that are perfect for anyone who has a smaller space and wants to have something stunning in a pot on their patio." 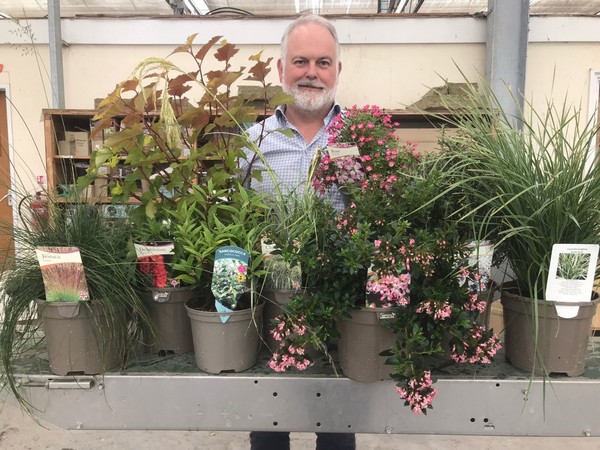 "We're so happy to be back at the show, which takes place on June 21 and 22 at NAEC Stoneleigh Park in Warwickshire, after a two-year absence due to the pandemic," Andy says.

"It's wonderful for our team to be once again meeting customers face-to-face. We'll have a new full-color, printed 2023 catalog to hand out too. Our highly experienced and knowledgeable team, including our Retail Sales Manager, Colin Stanley, our Garden Centre Sales Executive, Lisa Ashford, and our Production Manager, Kyle Ross, will be in Hall 1, at stand 200/205, and are looking forward to seeing everyone there."

He admired, "We're very proud to say Kyle is also at the show representing the Young People in Horticulture Association (YPHA), as he is a committee member for the organization, so he will be splitting his time between their stand and ours."

"We've all experienced turbulent times in the past two years and to be able to attend this event once again is something we're keen to celebrate, so it's brilliant to be putting forward a bumper number of plants for the judges' consideration too!"

The New Plant Awards at the HTA National Plant Show showcase the best in new plant introductions from UK plant suppliers. It's seen in the industry as the place for retailers to find the next bestselling new plant to inspire their customers.

The nine new plants are: 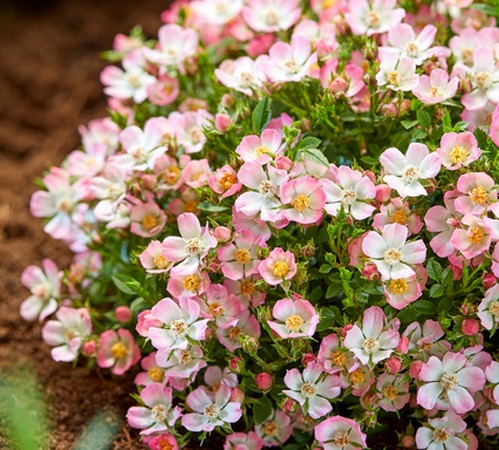 A wonderful new rose to hit the market that's small and completely thornless. From May to late summer, this mound-forming rose erupts into hundreds of miniature pink or white flowers, which are adored by pollinators. Hardy to -25°c, this shrub is wonderful in a pot on its own or dotted around borders, especially alpine borders. Cutie Pie requires no pruning, as the flowers fall off, and its compact nature means it will stay short and rounded. 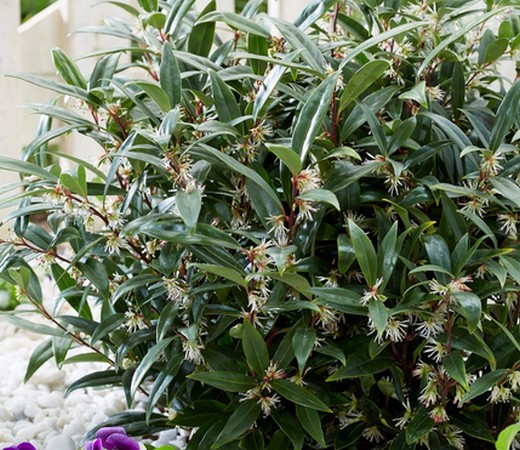 The new accompaniment  Winter Gem, Purple Gem, boasts deep purple or red stems, which stand out clearly against its dark glossy foliage. Purple Gem will grow in any soil type and is hardy to -18°c. White flowers with purple tips smother it from February to April, meaning it's one of the first plants to wake up in your garden. The flowers being heavily scented is just another bonus. 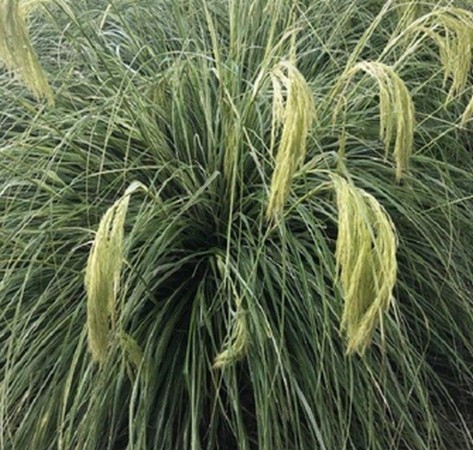 Hailing from New Zealand, this new variegated grass is compact and the perfect architectural garden plant. It grows to about 50cm in height but then puts out glorious plumes of flowers on 70cm stems. Hardy to -5°c. Plant Taupo Lights in a sheltered spot or keep it in a pot as a focal point for the patio. 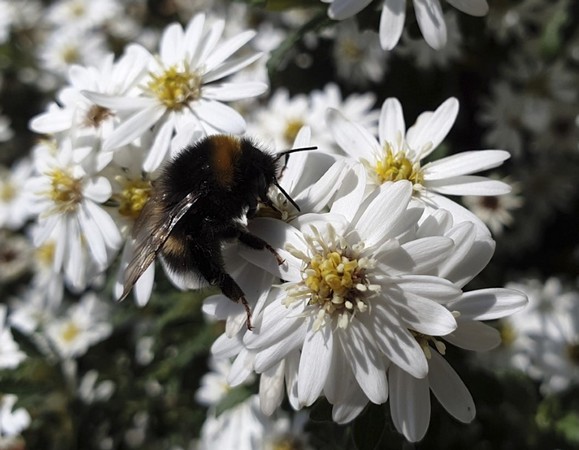 This aromatic shrub, commonly known as the Daisy Bush, provides a literal haven for pollinators as the evergreen silver foliage becomes engulfed in masses of white daisy-like flowers from April to June. Boasting full hardiness, this plant will thrive in a pot as a statement piece or on a border. Prefers a full sun position in well-drained soil. Maximum height: 1.5m, maximum spread: 1.5m. 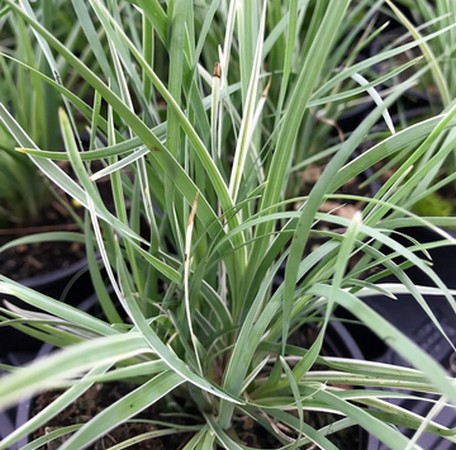 Lomandra Arctic Frost is an evergreen grass-like perennial that thrives in the sun or part shade. Hardy down to -10°c, this plant provides shelter for insects and other invertebrates as the foliage expands. Flowering from April to June, it boasts multiple flower spikes, which protrude from the mass of variegated foliage. It can be kept in pots or weaved through borders for architectural interest. Maximum height: 60cm, maximum spread: 1m. 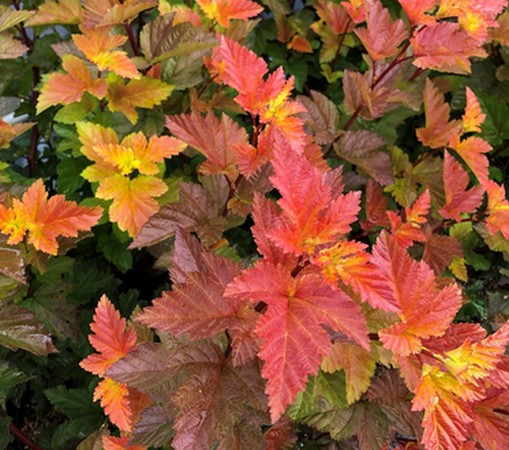 Physocarpus Magic Ball is a stunning new shrub to hit the market, offering nearly year-round interest. Pink flowers erupt in July until September. Thrives in full sun or partial shade. This shrub has a compact habit with a maximum height and spread of 1.5m. It changes foliage color numerous times throughout the growing season. Fully hardy to -20°c. 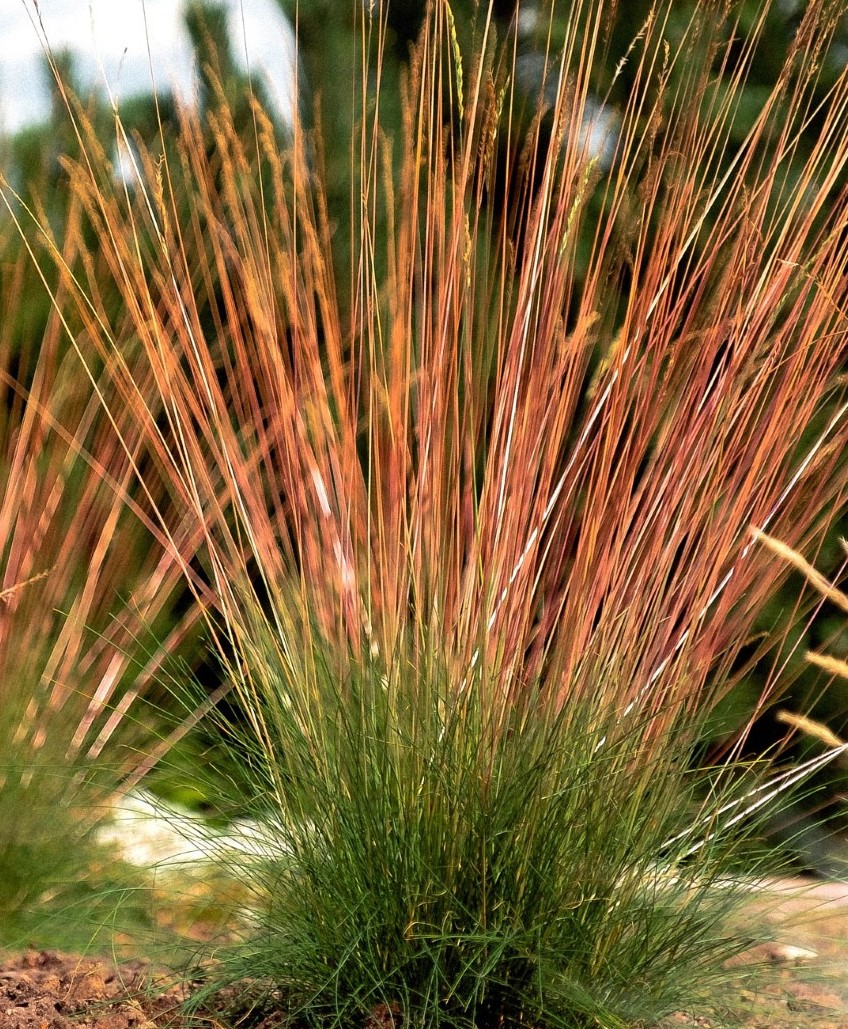 A beautiful new Festuca which is hardy down to -20°c and drought tolerant. Plumes of flowers erupt in June on stems of sunrise red, which, compared to the green/blue foliage, are striking. Small and compact, spread 25cm, height 70cm with flower spikes. Grows in any soil conditions, including very poor soil. 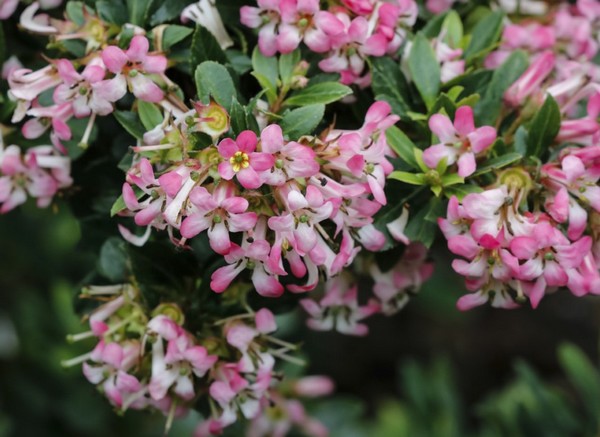 A full hardy down to -8°c, shrub reaching a max height of 1.2m and spread of 80cm. This plant is compact and rounded in its nature, with stunning white-pink flowers erupting in masses in July-September, which are a favorite of bees. Grows in any well-drained soil can be planted in a bed. 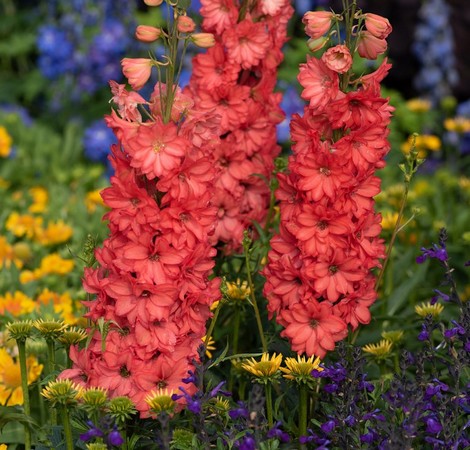 Red plumes of flowers from April-June. Grow in full sun. It's a hardy perennial by nature. The ultimate pot plant, but striking grown at the back of borders too. Attracts bees in particular. Spread 50cm height, 70cm with flowers.