People often hear the mantra 'start healthy, stay healthy.' Choosing plant species and varieties known to be resilient to certain pests and diseases could be one of the best ways to 'start healthy.'

That's something that was brought home to those growing protected ornamentals a few years back with the arrival of strains of impatiens downy mildew that had evolved resistance to commonly used fungicides. The industry had to make radical changes to impatiens production while some growers pulled out of the crop altogether for a while.

New impatiens varieties resistant to downy mildew subsequently became a focus for breeders, including colleagues at Syngenta Flowers, for whom disease resistance has long been a priority. The Imara series was introduced in 2018, nine years after a natural source of resistance was discovered in a single plant of Impatiens walleriana.

A challenge with any form of breeding – and disease resistance is no exception ­– is to introduce the trait you are after without losing other desirable characteristics along the way. Disease resistance genes, for example, are often found in individuals lacking the flower colors or growth habits of today's market demands. By the time Imara was launched, our breeders had been able to combine high levels of downy mildew resistance with, for example, a range of colors including white, red, rose, violet, and orange, with more added since. The series is compact, has a long flowering period, and the resistance benefits both growers and the gardeners who buy their plants. 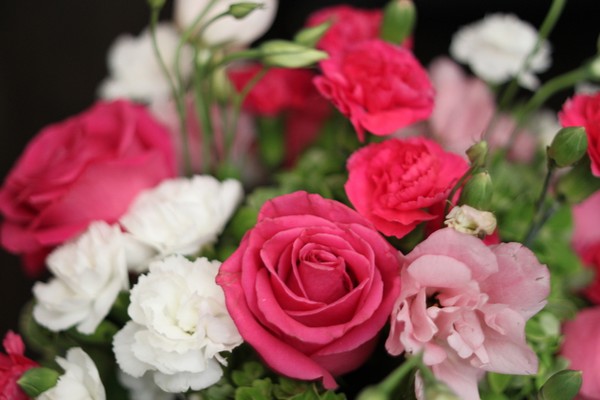 Even so, the breeder responsible, Ton Groot, says the way the resistance works means some leaf yellowing or limited sporulation may sometimes be seen on Imara if disease pressure is very severe and no fungicide program is in place. The plants usually outgrow these symptoms and keep on flowering, but the variety's inherent resistance combined with the use of broad-spectrum fungicides in rotation may be the best way to stay ahead of the disease.

All plants have a botanical version of an immune system that recognizes and produces a response against pathogens. But pathogens, in turn, can adapt to overcome the plants' immunity in what becomes an evolutionary arms race.

Breeders are more interested in plant responses that rely on several genes mediating a range of responses. Known as quantitative resistance, it's much harder for a pathogen to defeat.

Some elements of some plants' disease resistance are permanent, others are triggered in the presence of the threat. Permanent defences include the waxy leaf cuticle, the make-up of cell walls and, in the case of pest resistance, chemicals such as insect antifeedants. Those which are switched on when a pest or disease is detected include cell-wall reinforcement, production of other, further types of defensive chemicals, and the so-called 'hypersensitive response', when cells around the point of a fungal infection die, depriving the pathogen of a food source. Breeding programmes usually aim to bring together several mechanisms.

A plant resistant to a certain pathogen is capable of preventing, or slowing, that pathogen's growth. In contrast, the pathogen can still grow on or in the tissue of a tolerant plant, but there will be few or no disease symptoms.

Few varieties are fully resistant or fully susceptible to any disease; their level of resistance will fall somewhere in between and can also be affected by factors such as how much disease is present and the prevailing environmental conditions.