"I don't need to look further for screens"

At the moment, Arcadia is busy constructing a second, even newer greenhouse alongside the existing one on de Hoefweg in De Lier. As a result, the surface area under glass at this location will increase to more than eight hectares. Although these are stressful and uncertain times, the extension had already been drawn up and planned several years ago. Besides, Bert van Ruijven and CO aren't afraid of a few meters of glass. After all, with currently 6 locations and 25 hectares of production, this isn't their first build. 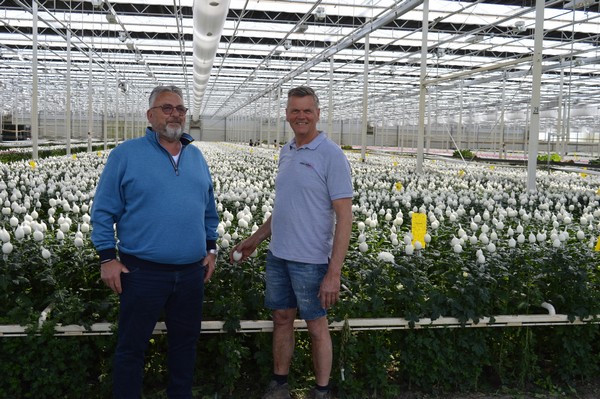 Set against the backdrop of the current energy prices, the cost aspect is obviously of particular concern, while increasingly sustainable methods of cultivation are also paramount. And, for Arcadia – and for any horticulturist for that matter – the second of those two statements is no longer an empty slogan. "In chrysanthemums, the main development we can observe is an accelerated switch to LED," says Bert. "While you're not exactly looking forward to the cost, you simply have to grin and bear it in the light of the energy prices we're experiencing these days." 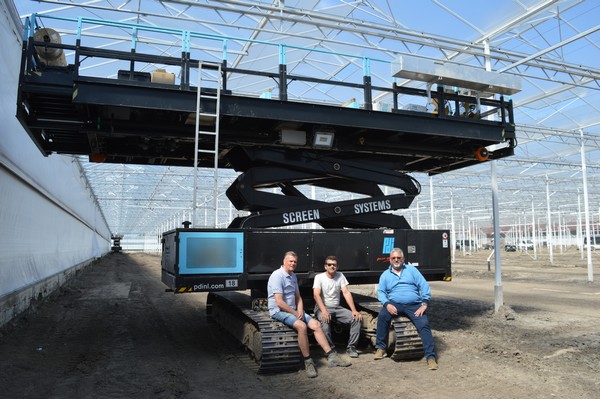 LED is today what a screen was in the past
Something similar happened with screen installations in the past. Nowadays, hardly any greenhouses are built without one, but, up until the mid-1980s, it was often a case of doing no more than 'pulling across a bit foil' to keep the heat in and, in the case of chrysanthemums, to provide some shade. In a similar way to how the energy prices we are seeing today are causing growers to review their lighting facilities, a series of crises in the 1970s and 1980s saw a similar push towards the inclusion of a climate screen, and it was back then that the installation of (climate) screens began to make serious headway. 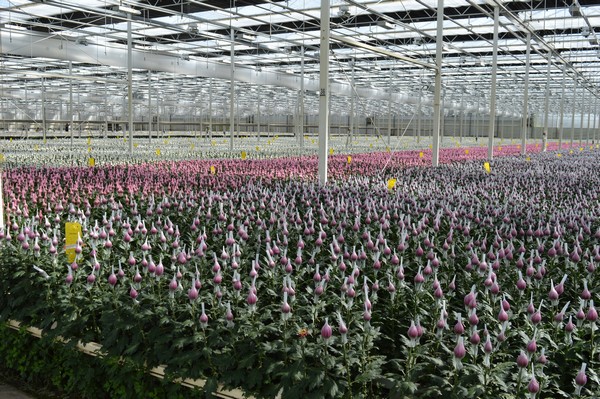 Tyvek cloth
"The first cloth was made from Tyvek, a dark silver-grey cloth," says Piet. "This was, as it were, the successor to foil, but since then, there have, of course, been many developments over the years. One of the things that PDI always had (and still has) going for it was the pull-wire system. Due to rust and intensive use, the first systems with the old iron wire were often, literally, a hitch in the cable. We proceeded to develop it in such a way that issues became less frequent, and if something did break, we'd make sure it was fixed."
Bert can attest to that. As already stated, he has built more than one greenhouse over the years, and all his extensions and relocations now amount to quite a tally. "This is why, at one time or another, I have done business with just about all major stakeholders in the field of construction, electricity, climate, and all other activities; however, when it comes to screens, I have always stuck with PDI. No fooling around with prices, a guarantee is a guarantee, and if something breaks down, they're there to help you before you know it."

Stressful times
Although the installer has quite a few projects on the go this year, uncertainty is increasing as we move towards next year. "Companies that have money in their pockets are eager," says Piet, "but that doesn't necessarily mean you're going to be spending your last few pennies on it just now. We're seeing this throughout the horticulture sector, and chrysanthemums are no exception."
There's plenty of experimenting with 'cost-effective' solutions, such as less SON-t/more LED, as well as in cultivation itself and on all conceivable inputs. With each step, people are making small sacrifices, but production and quality should never, of course, be compromised. However, as long as the prices for flowers are good, the sector will keep on going.