The group consisted of representatives of Polish cities: Warsaw (with the vice-president on board), Kraków, Katowice, Łódź, and Gdynia.

Value of green in the city
At the Floriade expo, the group was guided by the landscape architect Niek Roozen, who designed the whole space of the expo. Niek has plenty of experience, as he visited all the Floriades that took place at all. Niek was also the main designer of Floriade in Venlo and Haarlemmermeer, where the basic rules for the green cities principles were established. 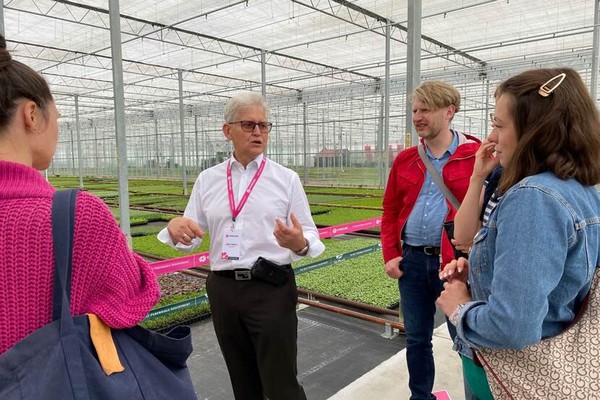 But indeed, many other cities already have an existing structure, and greenery is being implemented within the existing grid of streets and buildings. Therefore the group looked for practical solutions they could use in their cities, like rubber non-slip stripes build-in on the wooden bridges to avoid accidents on rainy days. And on Gdynia (a city with direct access to the sea), the shelf used as padding in several pavilions made a great impression as the city also has easy access to this cheap and natural paving material. 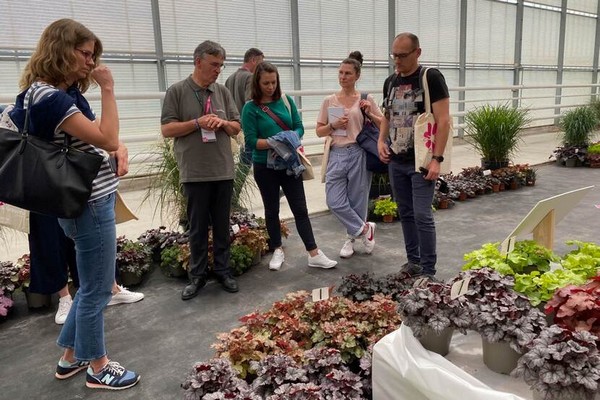 Expo Łódź 2029
For Łódź it has double importance: they wanted to see the organization behind the expo as the city is going to organize its expo in 2029. In this sense, the exchange of experiences cannot be overestimated. But also topics of both expo's cooperated: Floriade shows the development of a new green city, and the Łódź expo aims to show the green revitalization of an existing city. Therefore both expos complement each other.

Being in the Netherlands in the second week of June, the group wanted to visit also other events taking place in the Netherlands. The annual exhibition FlowerTrials, where the newest cultivars were shown, gave the group insights into the breeder's world, which are normally further in the chain. Flower trials were also a nice moment to see the scale of plant production in the Netherlands and the wide range of plants offered by the Dutch producers. On the other hand, GreenTech was an eye-opener in the field of modern greenhouse technology that is used in the Netherlands and exported all over the world.

The group visited the garden of Piet Oudolf, who is also very famous in Poland. They chose Vlinderhof (Maximapark, Utrecht) as it is the only garden designed by him and growing in a public park.