The best flower-patriotic composition was elected in Kyiv

The flower garden "Kyiv Madonna with child," which was created by landscapers of the Solomensky district, won the Kyiv competition.

From 8 to 21 June, the people voted and chose among 30 flower-patriotic compositions. About 42% of votes went to the composition "Kyiv Madonna with child." 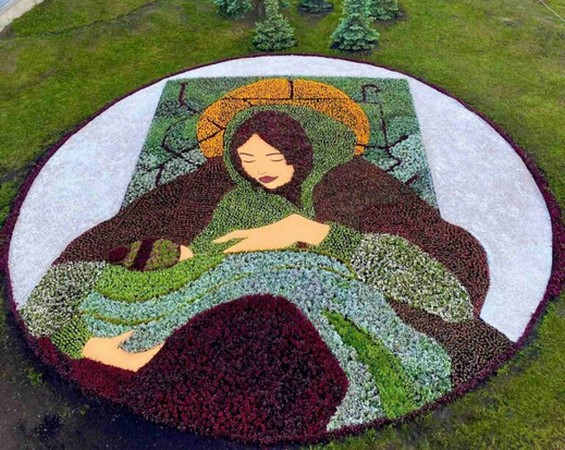 Tatyana Bliznyak was present at the award ceremony. She is the woman who became the "Kyiv Madonna in the Metro." The photo shows Tatyana feeding her baby while hiding from the bombs in the Kyiv subway. The photo was taken at the end of February by the Hungarian journalist Andras Feldesh and became popular on the Internet, and its heroine was called the "Kyiv Madonna."