Like a memorable meal, one needs good ingredients, and the same holds for eye-catching flower arrangements, which is why Wisconsin’s Star Valley Flowers has built a reputation for providing great fillers to help boost the beauty of the flowers in any vase. Yes, the farm creates bouncy fluffy peonies and hydrangeas, but its bread and butter are what is known in the industry as fillers. 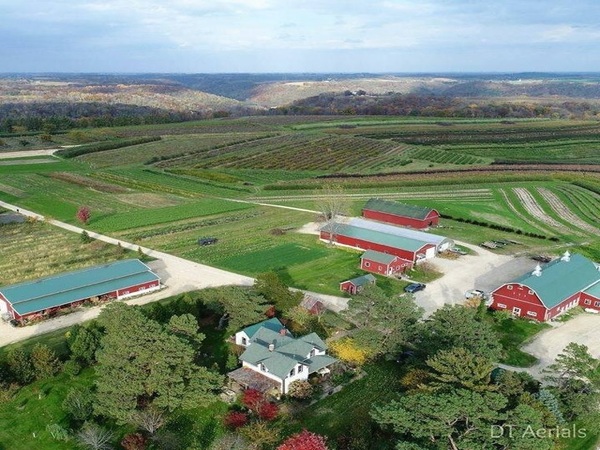 Since its inception in 1983, Star Valley Flowers has become the largest field-grown cut flower producer in the Midwest. Its 300-acre crops include bright yellow forsythia, dogwoods, lavender, cream, bold purple lilacs, spireas, hydrangeas, bittersweet vine, and the trusty viburnums. And during the winter months, holiday flora such as pussy willow and red curly willow are also sold.

One of the farm’s superpowers, as sales manager Phil Mueller confirms, is that owner John Zehrer always recognized what they could optimally produce in a cold climate and what was unrealistic. As we say at flowerpowerdaily, even rainbows know the sky’s limit – be both a dreamer and a pragmatist. Zehrer – or JZ as he’s known – clearly lives by that motto. 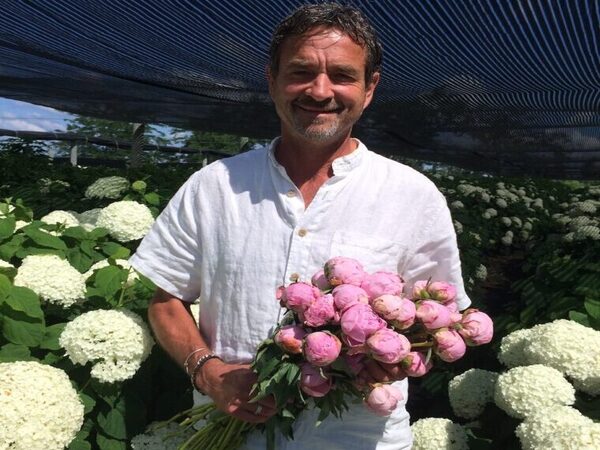 The farm’s story is rooted in the vision and hard work of its founder, who grew up on a dairy farm near Sauk Centre and had a lifelong interest in botany, plants, and agriculture. As he told Wisconsin Life,  “From a young age, I always had an interest in gardening. My mom had a large vegetable garden. I spent a lot of time at different arboretums to see what was growing there and what had some value to the floral industry as color, texture, fruiting branch, decorative branch, flowering branch.”

In 1983, Zehrer bought an 80-acre farm starting with dairy farming but then, in 1986, started focusing on flowers. No, he didn’t have formal horticultural training, but he was passionate about learning and listening and had a feel for the land. By 1999, he was ready to buy an adjoining 160-acre farm.

Now Star Valley Flowers supplies Whole Foods and other major outlets and also continues to grow and be a go-to place in the United States for fillers and some premium flowers like peonies and lilacs.

If there was a plant to symbolize Star Valley Flowers, it would no doubt be Bittersweet. “JZ gathered many vines, heavy with orange berries, over the years,” says Mueller. “Now we have close to 20 acres, all trellised and cultivated and harvested every September. Our tag line is “probably the largest Bittersweet farm in the world.” While Bittersweet is still an important crop, each season brings its star. Chinese New Year is celebrated with Forsythia, Pussy Willows in spring for Easter, Lilacs at Mother’s Day, Bittersweet in the fall harvest season, and we finish the year with some stellar Winterberry.

Jill Brooke is a former CNN correspondent, Post columnist, and editor-in-chief of Avenue and Travel Savvy magazine. She is an author and the editorial director of FPD,  floral editor for Aspire Design and Home magazine, and contributor to Florists Review magazine.