Last August 7th in the city center of the Colombian capital, the former M-19 guerrilla member and Mayor of Bogotá, Gustavo Petro, was inaugurated as the first leftist president in the history of the country at a ceremony as full of symbols and history as the Simón Bolívar plaza.

Surrounded by nearly 100.000 people, Petro was sworn in as head of State and government by the congress chief Roy Barreras and received the presidential sash from Senator María José Pizarro, daughter of the assassinated M-19 leader and presidential candidate, Carlos Pizarro. Next to the sword of liberator Simón Bolívar – once looted from the army by the M-19 – the new president sworn in Vice-President, Francia Márquez – the first black woman, feminist, and environmental activist to occupy this position. Soon thereafter, Petro gave his first speech as president, a speech with various references to sustainable and inclusive rural development. 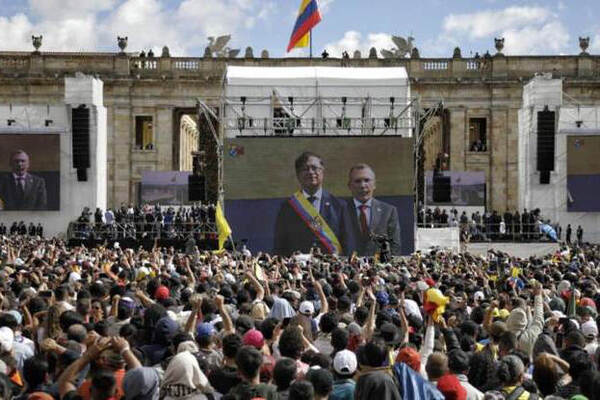 “Taxes will not be confiscatory, they will rather be fair,” said Petro addressing the concerns that using taxes as expropriating measures may arise, after pledging to tax the richest – including big landowners – during the campaign. As one may expect, among the most sensitive topics of his ambitious agenda is the tax bill, with which he aims at redistributing wealth and curbing inequality in a country with more than 20 million inhabitants living in poverty. The day after, the new administration submitted its tax bill proposal to congress. This reform, at the same time, is a gauge to assess congress's support for the new government.

Petro highlighted the importance of global food security, emphasizing the concept of food sovereignty, as his strategy to eradicate hunger in the country. Shifting from an agricultural sector oriented to exports to increasing local production is a task that, according to the new Head of State, must be steered by the national government and willingly accompanied by the private sector. “In the land where humankind discovered maize, we must produce maize again. The State will have to provide irrigation, credit, techniques, improved seeds, protection, the peasantry, and private companies can provide both labor and the daily resolution to ensure that our fields will once again produce the food our people need”, stated Petro. 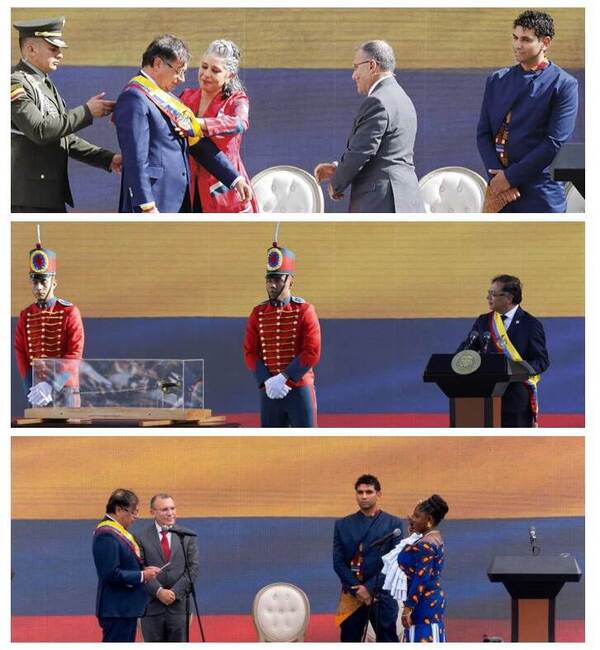 The aforementioned goes in line with his view on the war on drugs which he believes should change – as expressed during the presidential campaign – to be approached as a public health problem. This, in combination with voluntary coca plant eradication to be substituted by foodstuff cropping, demands international support that will be sought, especially from the U.S. where more than two-thirds of the country’s maize imports come from.

Rural infrastructure will be improved in collaboration with the Colombian army, which will contribute to building housing, roads, and even irrigation districts throughout the country. “The army, society, and production can unite in a new indestructible social ethic. Helicopters and planes, frigates, are not only useful to bomb or shoot, but they can also be functional to create the first preventive health infrastructure of the Colombian people”. Furthermore, Petro announced that confiscated assets under the domain of the Special Assets Agency – SAE, will be managed by Campesino organizations, urban youth cooperatives, and women associations, to boost the productive economy.

Concerning climate change, president Petro drags attention to the need to protect the Amazon. Halting deforestation in the Amazon should be an international joint endeavor. As carbon taxes and climate funds seem to be insufficient to achieve this goal, Petro proposes a trade-off between external debt and concrete domestic investments to save and restore the ecosystems. In Colombia, the president’s term of office lasted 4 years. Only time will tell how many of these promises and ambitions the new administration will be able to meet.