When plants sense environmental challenges such as drought or extended periods of extreme temperatures, they instinctively reprogram their genetic material to survive and even thrive. The chemical code that triggers those changes can be deciphered and then duplicated to breed more vigorous, productive, and resilient crops.

That's the conclusion of a team of Penn State molecular plant geneticists that conducted the first-ever study of those reprogramming effects and discovered that "epigenetic reprogramming" code, which results in the expressing and overexpressing of some genes and the silencing of others. Understanding and someday harnessing that reprogramming process, the researchers contend, will be critical to breeding crops that can tolerate weather extremes brought on by climate change. 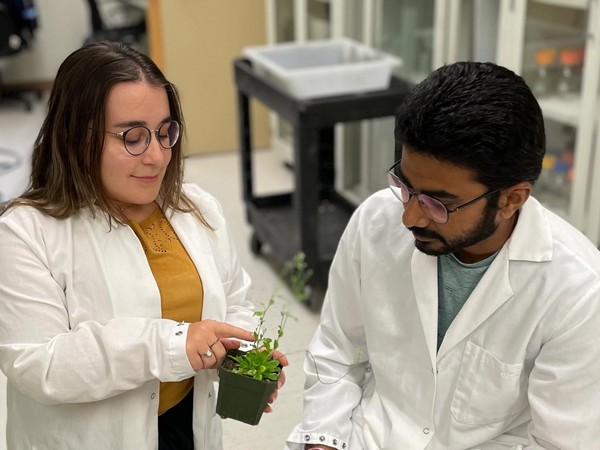 "Plants can enter these new states — either really vigorous growth or, let's say, hunkering down to withstand stress," said team leader Sally Mackenzie, professor of plant science in the College of Agricultural Sciences and professor of biology in the Eberly College of Science. "In other words, we don't have to cross breed to make it happen. We don't need to add new genes because the plants actually go into that state, when properly prompted, on their own."

The ability to adapt relatively quickly to environmental change through these stress-induced states is passed down through many generations because plants "remember" through a process involving a chemical reaction called DNA methylation, Mackenzie explained.

Mackenzie, the Lloyd and Dottie Huck Chair of Functional Genomics, noted the relationship between epigenetic changes and gene networks that influence plant-growth characteristics — which she called "intragenic DNA methylation repatterning" — previously had not been studied. She pointed out that this type of research takes specialized methods of data analysis, as well as massive computational capacity, both of which are available at Penn State.

In an earlier study, Mackenzie's research group discovered that manipulation of a single gene, which they called MSH1, allowed them to control a broad array of plant-resiliency networks. And by inducing the plant to "detect" stress after the MSH1 gene is silenced, the plant can adjust its growth, change root configuration, limit above-ground biomass, delay flowering time, and alter its response to environmental stimuli.

But Mackenzie believes the potential for this technology far transcends plant science.

"Because this is an epigenetic 'language' rather than just a feature of the MSH1 system, it has broader implications," she said. "Our study likely will allow us to use this newfound decoding method to help in early disease diagnostics in animals or humans. Any time a biological system is 'dysfunctional' or modified, one predicts that the methylome will provide an indication."

In the latest study, spearheaded by Hardik Kundariya, a senior researcher in the Eberly College of Science and a member of Mackenzie's group, the researchers focused their efforts on the small flowering plant Arabidopsis. Also known as mouse-ear cress, the relative of cabbage and mustard in the Brassica family is one of the model organisms used for studying plant biology and the first plant to have its entire genome sequenced. 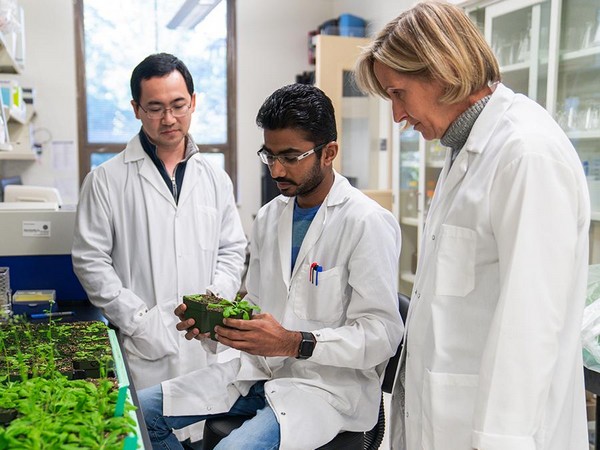 Sally Mackenzie, right, professor of plant science in the College of Agricultural Sciences and professor of biology in the Eberly College of Science, who is the Lloyd and Dottie Huck Chair of Functional Genomics, discusses the growth characteristics of epigenetically altered Arabidopsis with Hardik Kundariya, center, a senior researcher in the Eberly College of Science and a member of Mackenzie's group, and Xiaodong Yang, assistant research professor. Credit: Penn State. Creative Commons

In the study recently published in Genome Biology, the researchers manipulated the MSH1 gene to trigger at least four distinct nongenetic states to impact plant stress response and growth vigor. Cross-comparing data from these four states, they identified particular gene targets of epigenetic change within the genome where they could locate and decode data relevant to plant growth.

Manipulation of that gene, the researchers reported, resulted in changes in the outward appearance of the plant and growth characteristics that potentially could benefit its survival, such as slowed growth, delayed flowering, enhanced growth vigor, and greater seed set over wild-type Arabidopsis.

Also contributing to the research were Robersy Sanchez and Xiaodong Yang, both assistant research professors of biology; and Alenka Hafner, a doctoral degree student in computational biology studying methylome reprogramming.