Evanthia is one of the Dutch greenhouse horticultural sector’s many stars. It has been working under the shelter of glass for more than 25 years, cultivating cut flowers and tropical plants and breeding seeds. Cultivation is continuously optimized, thanks in part to the use of 30MHz sensors.

Evanthia collaborates with partners in 40 countries. It has an area of more than 47,000 square meters available for production in the Netherlands alone. More than 2,000 customers in nearly 100 countries are served by Evanthias 75 employees. 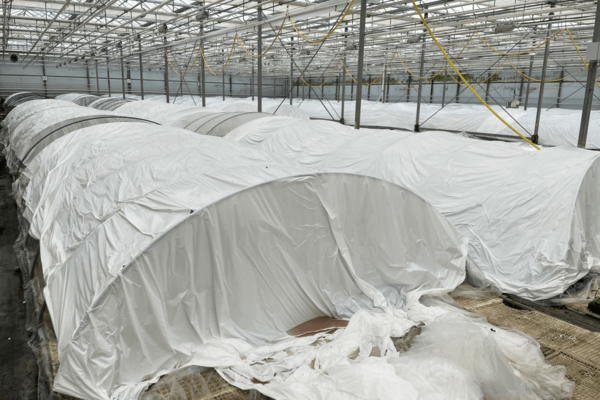 Getting used to the light
One of Evanthia’s specialties is growing tropical plants under the foil, for which production managers Henri Valstar and Wojtek Rozynski are responsible. They receive a shipment of plants for tissue culture from China every two to three weeks. "These are very small plants that have been grown in laboratories under perfect conditions. They are planted by hand, then placed in tunnels in the greenhouse under foil where they’re exposed to light for the first time. They remain under foil for the first two to three weeks. If they were suddenly exposed to full light, it would kill them," explains Henri Valstar.

Until recently, the only way to find out what was happening under the film was to look with the naked eye. "When growing under the foil, moisture, temperature, and light are particularly important factors. The problem is, how do you measure them? The climate computer is a bit too bulky to take measurements under foil." 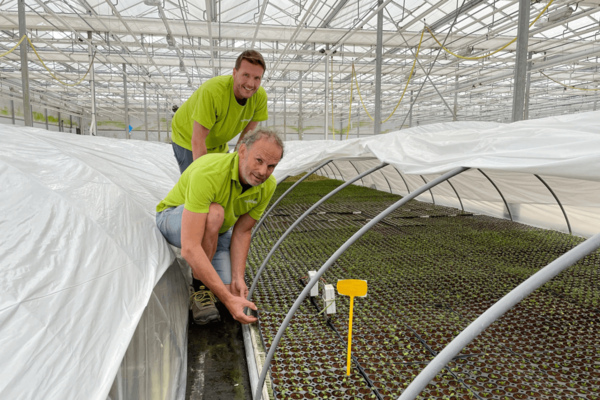 Evanthia’s crop advisor had been using 30MHz sensors for some time. "He was achieving good results with them and recommended we give them a go. The advisor placed several sensors at Evanthia to try them out. "This trial yielded some important information. The plants are vulnerable when first planted. With accurate measurement data, you can give them exactly the start they need. Your gut feeling is also important, of course, but objective data helps optimize cultivation. Ultimately, the data results in better quality plants and fewer losses."

The tropical plant departments cultivate about 240 different species. "There are already lots of species, and new ones are being added all the time. The market is constantly shifting, with one strain coming into fashion after the other. We try to serve that market as well as possible, but it means we have to vary a lot. On average, the plants remain under foil for two to three weeks, after which they have grown enough for the foil to be removed and the plants placed directly under glass. After a total cycle of about twelve weeks, we sell them to growers all over the world, who further cultivate them."

Changing circumstances
In an ideal world, each variety would have its measuring unit so that the conditions under foil and in the greenhouse could be optimized.

Wide range of possibilities
The possibilities provided by 30MHz sensors are being explored step by step. The measurement results are stored and can be easily consulted via the dashboard. The data is particularly useful for identifying root causes if anything unusual happens. Occasional tests are also conducted by placing PMC sensors on species to find out the conditions the species in question needs to thrive.

Summary of the advantages: