FlorAmor held an open day on Tuesday, August 23. The event in Moerbeke, Belgium, dedicated to the 25th anniversary of their azalea brand Flandresse. Christoph Stevens was delighted with all the important guests that attended. "There's nothing more interesting than a true in-house trade show," he says. 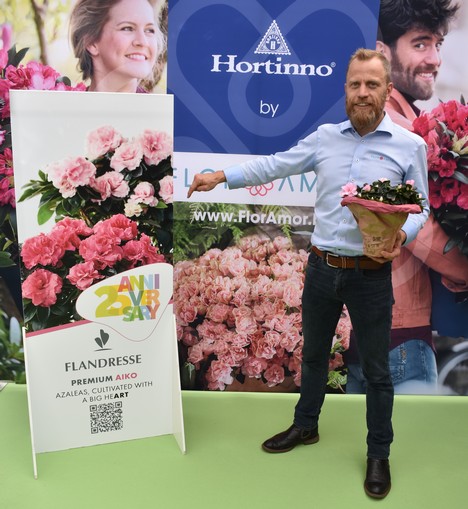 Flandresse's anniversary was accompanied by presenting an additional anniversary logo. It will appear on the new labels, which, as Christoph puts it, is " a refreshed Flandresse look." The Flandresse premium line was also announced. In November, FlorAmor will add the Aiko azalea. "These azaleas are special because of their beautiful foliage, long blooms, and exceptionally full blooms." 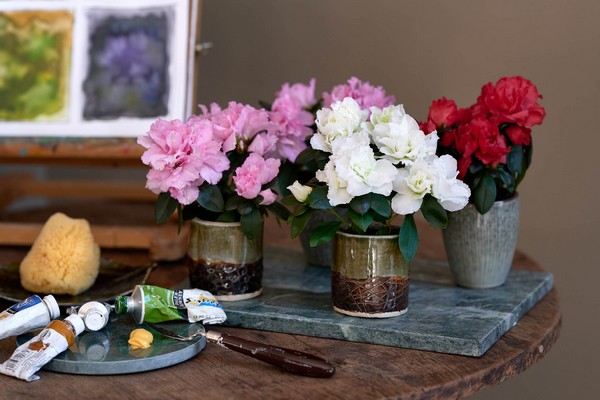 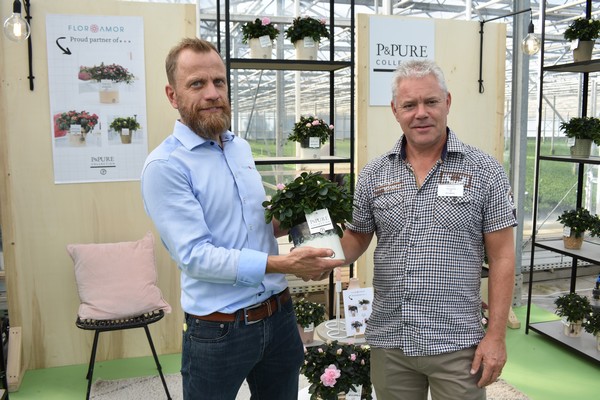 FlorAmor and P&Pure have formed a partnership. All FlorAmor products will be offered with P&Pure added value. P&Pure will help with logistics, too, thanks to its good representation at Dutch auctions. in the photo: Christoph and P&Pure's Eric Beliën.

Novelties in the Hortinno range, which includes the Kalmia, received attention at the event too. The Kalmia was introduced two years ago. "That has proven successful. We've grown considerably in the product and now have large quantities available," explains Christoph. This species, too, is heat/drought and winter resistant. "It can easily withstand periods of 30 to 35°C." 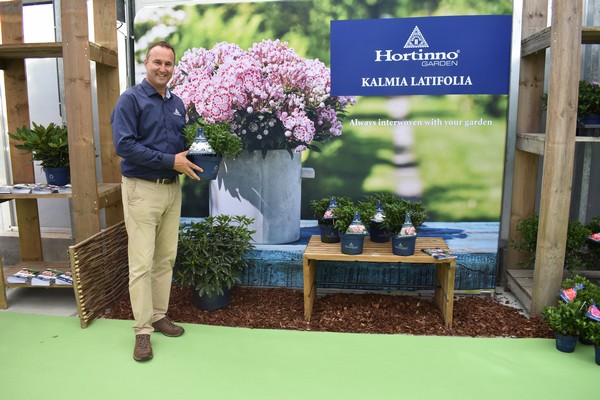 FlorAmor is satisfied with how the open day went. They discussed the complete product package with customers, gave them a peek behind the production scenes, introduced the whole team, and, of course, indulged their clients. "We had the tastiest snacks from the best food truck in Belgium," Christoph concludes, laughing. 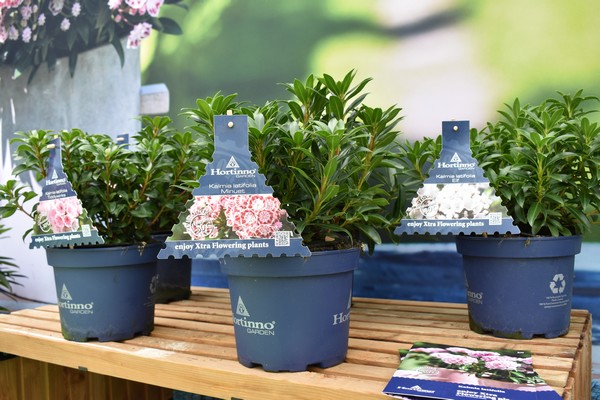