At the Sunbelt Ag Expo, a fully automated orchard sprayer was among the high-tech farm equipment on display. The advanced GUSS GPS-guided unit navigates itself with no driver and applies chemicals only where needed. The annual farm show in southwest Georgia ended on Wednesday. 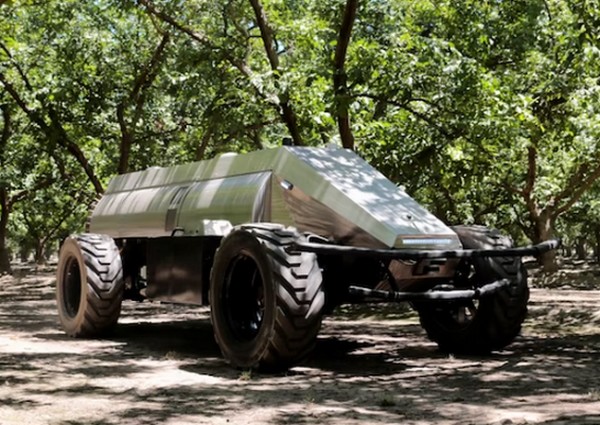 GUSS, short for Global Unmanned Spray System, sells the base unit for $298,000. It can be used by farmers for all types of orchard applications, including pecans, which are a big crop in the region, and citrus, a crop that is being grown more and more in the state.

In addition to the ability for sensors to identify the greenery that needs to be sprayed, the unit will use the lower nozzles only for small trees and will turn on the full spectrum for fully grown trees. The end result is that with the WEED-IT system technology, farmers use less chemicals, which is good for their bottom line and the environment. The autonomous system also means no driver will be exposed to the chemicals.

"When it sees a tree, it will spray," Chris Kent, a representative for GUSS Automation, said. "If it doesn't see a tree, it won't. You save up to 80% in chemical costs."