On 28 October, the Dutch Ambassador, Peter van der Vliet, unveiled the name of a new lily variety, "Shinji Ono," named after the top Japanese footballer in honor of his outstanding performances in various teams, including Urawa Reds, Feyenoord, with whom he won the UEFA Cup, and Consadole Sapporo, where he currently plays. 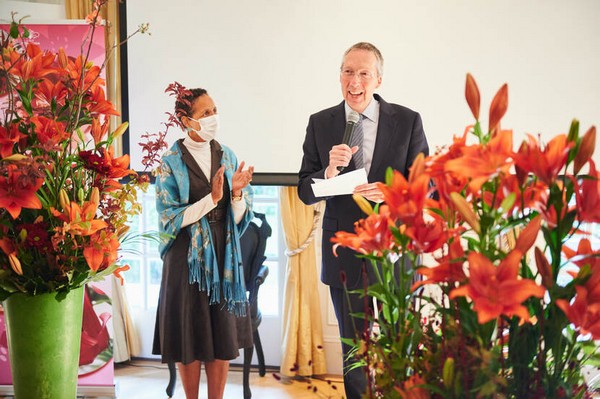 All three clubs have team colors characterized by a fiery red hue, the color of the new variety. The unveiling took place at a special ceremony followed by a buffet lunch at the residence, in close cooperation with Lily Promotion Japan. This was the first time since 2019 that all lily chain stakeholders could gather at the Ambassador's official residence. The Ambassador and his wife, Joan Mitchell-Van der Vliet, and Denise Lutz, the Agriculture Council in Tokyo, warmly welcomed some 60 guests from the Netherlands and all corners of Japan. 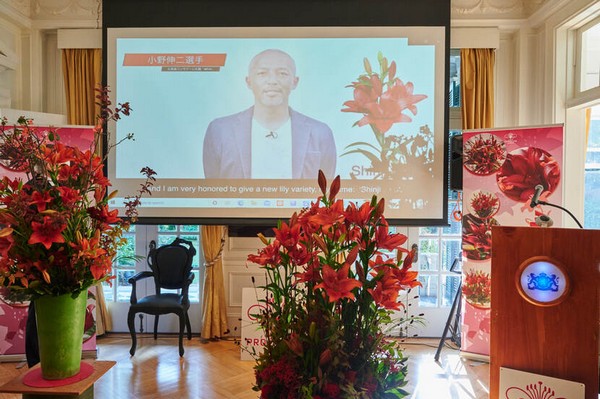 Shinji Ono was, unfortunately, unable to attend the ceremony but addressed the guests via a video message

Jan de Wit, the representative of the Far East export group of Anthos, Royal Trade Association for Arboriculture and Bulb Products, gave a speech on behalf of the Dutch bulb exporters present and stated that "Lovelily Red" has been chosen as the color of the year 2022-2023, in the hope that this warm color can bring joy and energy in this period of turmoil. He was presented with a certificate celebrating the 100th anniversary of his company, Jan de Wit en Zonen B.V., on behalf of Lily Promotion Japan, the organization to promote the Dutch lily sector in Japan. 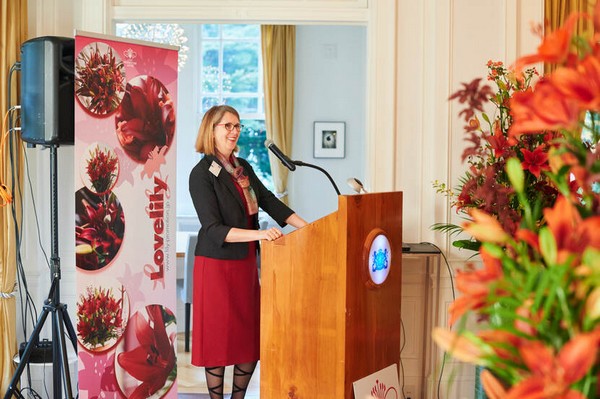 Next year, the cultivation of "Shinji Ono" lily bulbs, bred by Vletter de Haan, will start in the Netherlands. The bulbs will be exported to Japan in February 2024, and the first cut flowers of this beautiful lily will then appear in Japanese flower shops in May of that year.

In the coming flowering season, visitors to the residence will be able to admire the "Kodaira" lily, named by the Ambassador in 2019 after skater Nao Kodaira, when they come into bloom, and in the near future, they will also be able to enjoy the "Shinji Ono" lily there.