Until mid-2022 there was a slight increase in the export value of flowers and plants compared to the same period last year. However, this initial growth has turned into a contraction of 2.4% in the period up to and including November. This is evident from export figures published by Floridata, commissioned by the Association of Wholesalers in Flower Nursery Products (VGB). The auction sales of cut flowers, pot plants and garden plants reported by Royal FloraHolland also continued to decline during the months September, October and November. 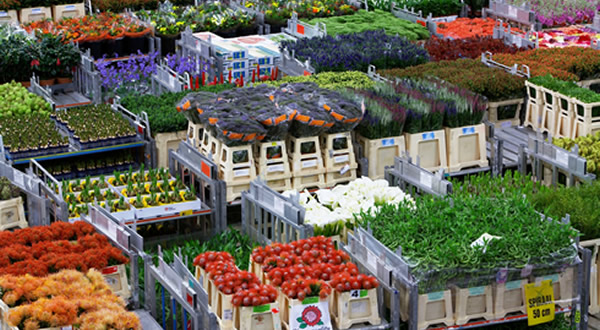 Although auction turnover for flowers grown in the Netherlands was still 1% higher in June than a year earlier, turnover fell sharply in September, October and November. The flower auction again saw a declining volume (-16%) in November, combined with a slight increase in prices (+8%).

The turnover of garden plants grown in the Netherlands at the Royal FloraHolland flower auction fell in September, October and November compared to the same period last year. After 11 months, the cumulative turnover was 13% lower than in November 2021. The month of September (-14%) contributed most to this turnover gap. In October, the drop in turnover was limited to 5% and November also saw only a small drop in turnover compared to the same period previous year.