On March 6th 2014, a substantial part of North America's largest cut flower growers, Rosa Flora, was destroyed by a fire. Now, more than half a year later, the family company run by Ralph Deboer, Arielle Deboer and Jushua Bulk is back in business, going stronger than before. 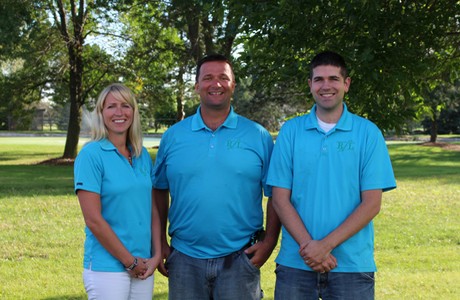 Rosa Flora did not have time to rest after the disaster, because they had to keep up with the demand, especially for the snapdragons. “Customers missed the snapdragons the most, so we had to start up our snapdragon production as soon as possible,” explains Arielle Deboer. Therefore, they needed to reconstruct the greenhouses rapidly. Luckily, during the reconstruction the weather was good and it was possible to continue the production of snapdragons on a smaller scale. Within the month, they also purchased an ongoing snapdragon operation in Welland to supplement their rebuilding efforts. 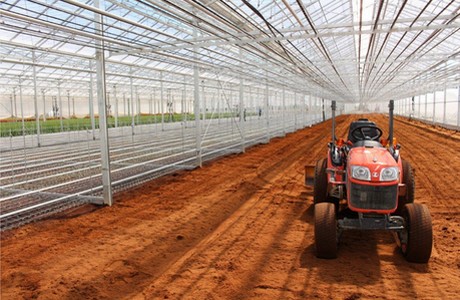 Plant 5, in which snapdragons are growing, is 100% rebuilt now. There are no significant differences between the old and new greenhouses. The pre-fire greenhouses were already equipped with the newest technology, so the same technology has been implemented in the current greenhouses.

“Nobody wants to have this happen again. So we are doing whatever we can to make sure that it will not ever happen again.” Despite the fact that the cause of fire was never determined, Rosa Flora doesn’t take any risks; the new warehouse is now protected with firewalls. 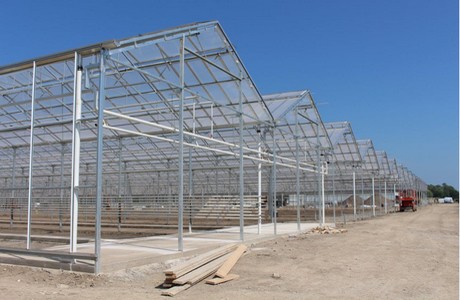 Reconstruction of the new greenhouses

Due to the fire and following decrease in the supply of snapdragons, the prices for the favoured product increased significantly. “When we re-entered the market, we were lucky to enter a strong market.” That coupled with reconstruction efforts caused an increase in employment.

During this challenging year, the business became stronger. “In a time of crisis, it brings out the best in people, and in some people the weaknesses. Therefore, our management team is committed and works very hard because they care. They go above and beyond our expectations. This makes us stronger”. Besides, weak areas were identified. “Since everything was shaken up, we took it as an opportunity to re-establish new routines and new ways of doing things. “

“A crisis brings people together”. Not only the employees, but also the community of Dunnville was very supportive with messages and lending equipment. “I was surprised and amazed that we are part of such a caring community.”

Arielle Deboer anticipates a future of growth and change for Rosa Flora. “I think we are nimble enough to change with the changing times.”