The HortiFlorexpo IPM Shanghai is coming to an end. Regarding this event, it might be interesting to learn more about the developments in the Chinese ornamental sector. Below, some floriculture statistics are presented which demonstrate the risks and opportunities of this expanding industry.

Over the last years, China experienced a rapid growth in the ornamental sector. According to official Chinese statistics, the acreage of flowers and plants increased with 55% from 772,000 hectares in 2009 to 1,120,000 hectares in 2013. At that time - in 2013 - 1,8 million growers and 4,9 million employees were active in the ornamental sector. Also the cultivation in (modern) greenhouses increased to 36,000 hectares in that year. All in all, this offers opportunities for suppliers of greenhouse equipment and starting material. However, operating in China also entails risks. This is explained by Martin Olde Monnikhof, Agricultural Counsellor of the Netherlands Embassy in Beijing.

According to the official statistics, the estimated production value of flowers and plants increased with 150% over the last four years, from 6 billion euro in 2009 to 15 billion in 2013. Ornamental plants and trees count for the largest percentage of production value, namely 51%. 14% of the production value is pot plants, 10% cut flowers, 8% edible flowers for food and medicine and 17% “other types”.

Even though the imports rose faster than exports, China still exports more flowers and plants than they import. "This makes China a competitor for the Dutch growers in the rest of the world", explains Olde Monnikhof.

Opportunities and risks for foreign suppliers

According to Olde Monnikhof, the increase in production value, imports and exports offers possibilities and chances for especially foreign suppliers of greenhouse equipment and starting material. "They have knowledge of building greenhouses, but the state of the art technique and knowledge still comes from abroad, and especially from the Netherlands", says Olde Monnikhof. “The growth in the Chinese ornamental sector enables our suppliers to expand their markets”.

Many foreign companies have already been established in China. "This was also necessary because you need to have feeling with the market." However, establishing an operation in China is not that easy as it seems. According to Olde Monnikhof, there are two factors foreigners need to consider; breeders’ rights and ownership of the company. 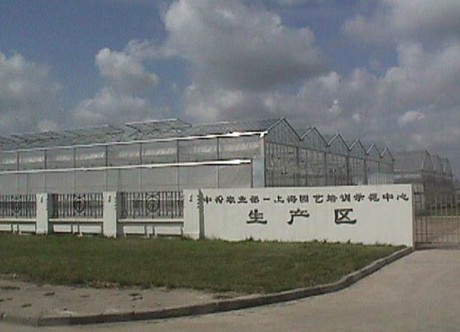 "Not all varieties are well protected", says Olde Monnikhof. There are possibilities that the royalties are not being paid and that varieties are being illegally propagated. "These risks need to be taken into account by breeders". Another factor that needs to be taken into account is the ownership of the company. In China it is for example not possible as a foreigner to have a seed breeding business that is 100% owned by yourself. "You always need to have a Chinese partner who will have the majority of the shares", explains Olde Monnikhof. "Therefore, it is important to find a reliable partner. However, these are sometimes hard to find. "So, when operating or establishing a business in China, these pitfalls have to be taken into account."